As governor, Mitt Romney used the same line about his state's poor economy as the one he attacks Obama for today 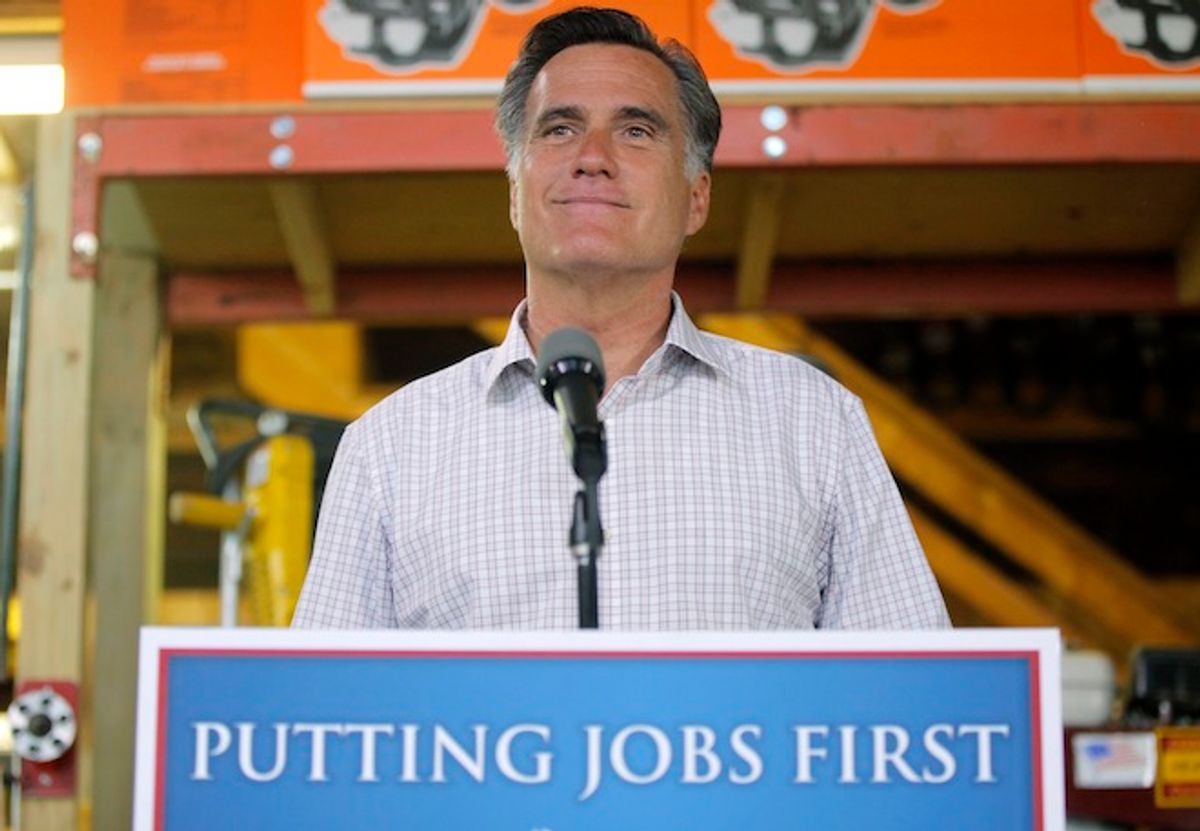 Mitt Romney slammed President Obama this morning over the disappointing new jobs report, saying the president needs to take responsibility for the negative effect his policies have had on the economy. "We've looked at almost, now, four years of policies that have not gotten American working again," he said.

But when Romney himself was running a government, in his case the state of Massachusetts, he was even more defensive about his lack of control of the employment picture than Obama is today. A new video unearthed by the liberal research group American Bridge shows Romney at a press conference in June 2006 admonishing reporters on disappointing jobs data. "You guys are bright enough to look at the numbers. I came in and the jobs had been just falling right off a cliff, I came in and they kept falling for 11 months,” he explains.

“And if you are going to suggest to me that somehow the day I got elected, somehow jobs should have immediately turned around, well that would be silly. It takes awhile to get things turned around. We were in a recession, we were losing jobs every month,” he added.

The argument that he accused reporters of making unfairly in 2006 is almost identical to the argument Romney makes today against Obama -- that the president should have turned around the economy from day one, and that the chief executive should be held responsible for disappointing job growth. Romney has suggested this year that he wouldn’t be satisfied with the president unless the economy was creating 500,000 jobs per month (an absurd number), but as governor, he suggested a different standard. “I'm very pleased that over the last a two, two and a half, years we've seen pretty consistent job growth,” he said during the press conference. Slow, steady growth could be said about Obama’s record as well, which has seen consistent growth every month, though slower than anyone would like.

In fact, while Romney said in 2006 that he shouldn’t be blamed for the 11 months of jobs losses at the beginning of his single term as governor, Obama’s record was almost identical. The president saw  job losses lessening during his first months in office before finally turning positive 12 months out.

Asked about the 2006 video at his press conference, Romney said, "You know, any jobs figures there are going to be factors that come and go that you can't control. But the things you can control, you want to get right."