The artist's Colorado River piece is tied up in court 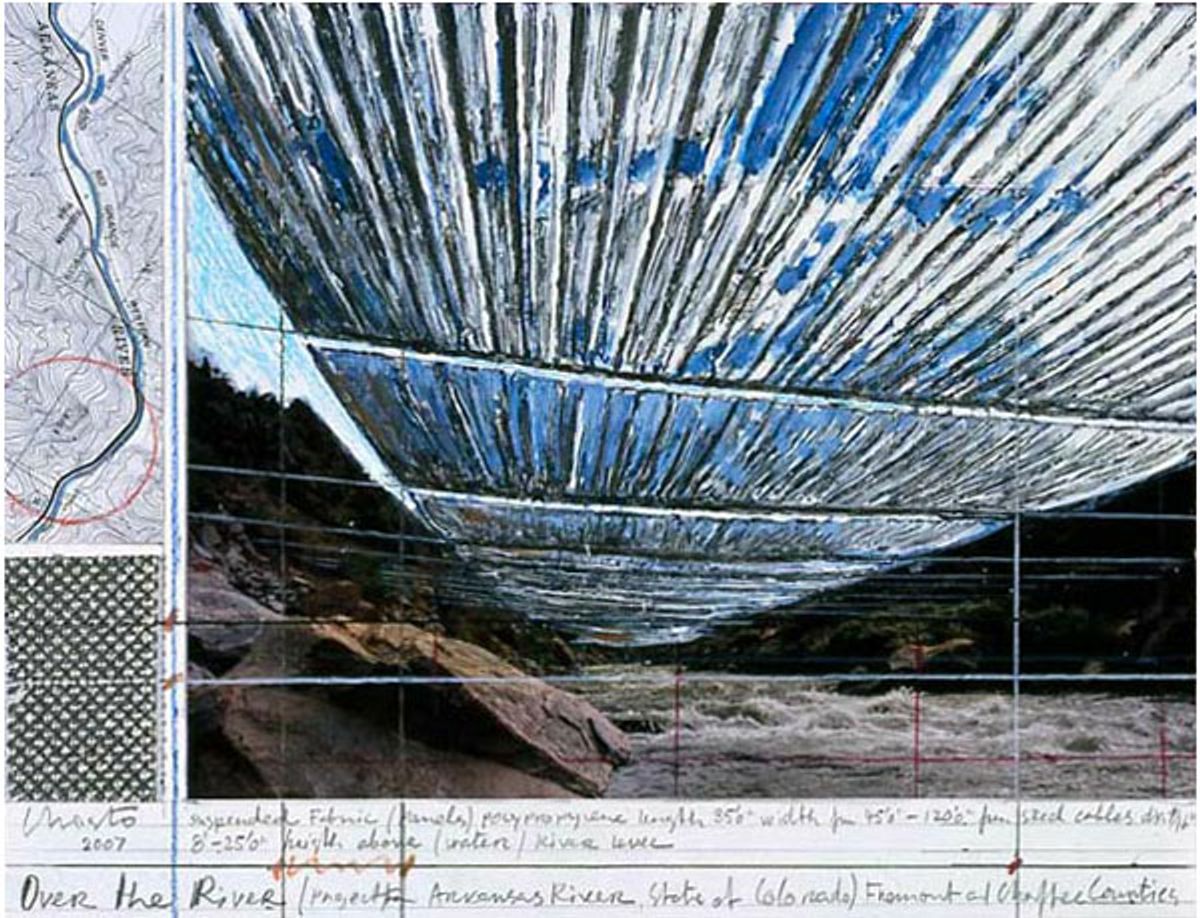 US District Judge John Kane issued a mixed order yesterday in the case of Rags Over the Arkansas River (ROAR) versus the artist Christo and his controversial “Over the River” project. The order pertains to a lawsuit that ROAR filed against the Bureau of Land Management (BLM) earlier this year, the group’s second legal attempt to halt the project, which proposes to drape miles of translucent fabric over a federally protected stretch of the Arkansas River.

Judge Kane granted the BLM’s motion to stay, or pause, ROAR’s case, which, at first glance, may seem like a victory for Christo; however, Kane refused to dismiss the case outright, ordering instead that it will resume after another legal challenge to “Over the River” finishes its proceedings. That case is an appeal filed by Rocky Smith, a Colorado man unaffiliated with ROAR, along with a number of others, challenging the BLM’s approval of “Over the River.” The appeal is being reviewed by the Interior Board of Land Appeals.

Most importantly, Judge Kane ruled that “Over the River” may not proceed as planned while the appeal is pending:

He also left the door open for the ROAR case to proceed after the administrative appeal at the BLM is completed:

"The STAY shall be on such conditions as will preserve Plaintiffs’ [ROAR's] right to challenge the current and any revised final agency authorization for the commencement and construction of the Christo art installation project at issue."

ROAR representative Joan Anzelmo characterized the order as “really helpful” for ROAR and other opponents of Christo’s project. She wrote to Hyperallergic:

"With the Judge staying the suit … it effectively brings the OTR project to an abrupt and screeching halt. The appeal at Interior will take forever. BLM cannot allow OTR to proceed. Eventually our case will be heard in federal court. A very long limbo for OTR."

We called the Bureau of Land Management to ask how long these appeals typically take, but they said that they couldn’t offer any general information and refused to comment on pending legislation. As we reported last week, “Over the River” is also facing a “serious traffic review” by the Colorado Department of Transportation.

Jillian Steinhauer is a Brooklyn-based writer and editor who likes art, comics, cheese, and baked goods, in no particular order. Her work has appeared in The Paris Review Daily, The Awl, The Jewish Daily Forward, and Capital New York, among other places, and she's on Twitter.