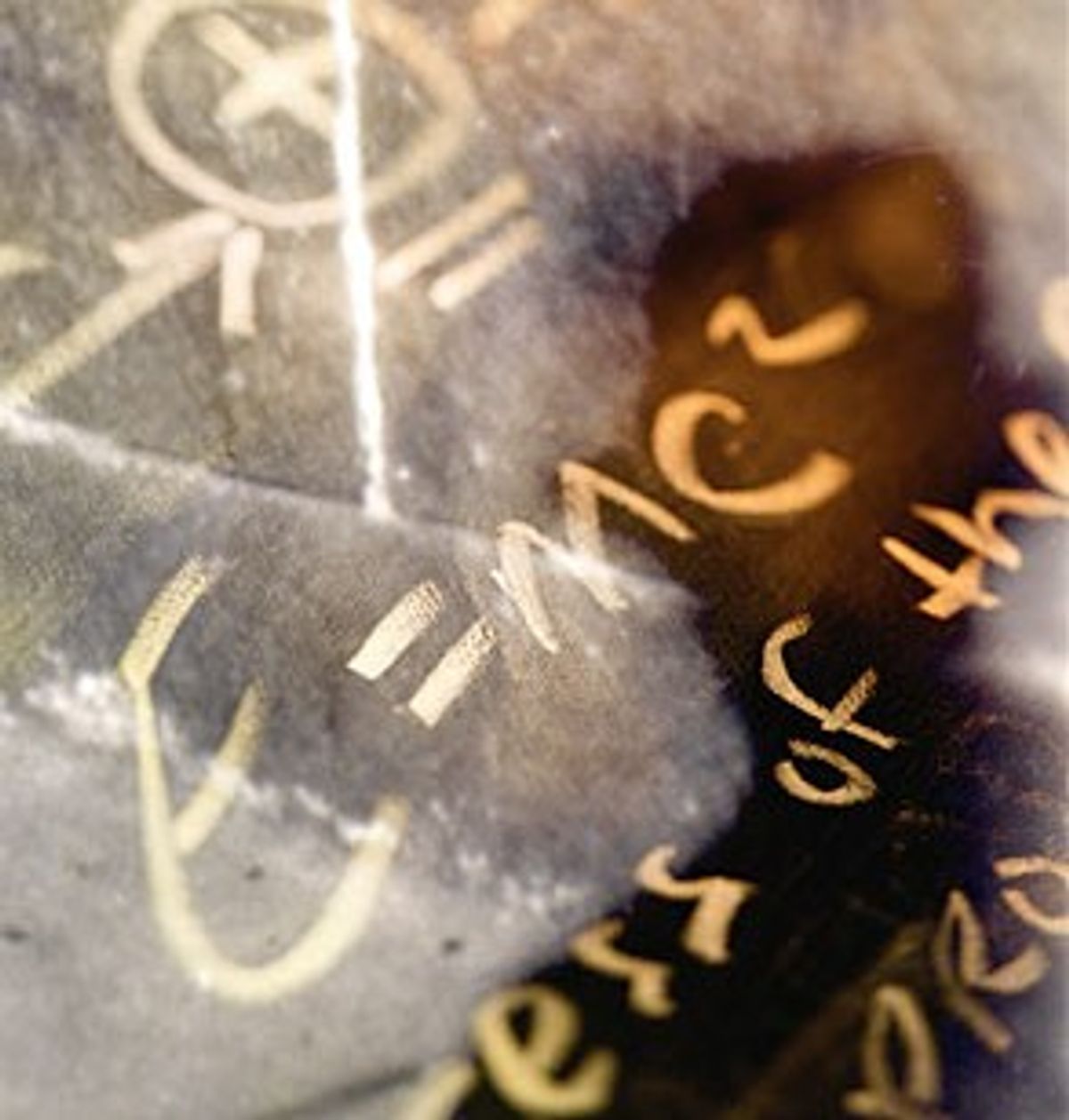 The United States is the most religious country in the Western world, but it took a team of European heathens to prove the existence of God. On Wednesday, researchers in Geneva announced that they had discovered a new subatomic particle that they have not yet fully identified but they believe could be the Higgs boson, the so-called “God particle.” The Higgs boson is the manifestation of an invisible omnipresent force that is thought to be responsible for the existence of all physical mass in the universe. In layman’s terms, it’s the reason you’re a flesh and blood human being instead of a cloud of energy floating through space. So, you know, no big deal. But why is this groundbreaking discovery coming from Switzerland instead of the United States, which has long prided itself on being the world leader in scientific research (and pretty much everything else)? The answer, as it so often does, comes down to politics.

The Higgs boson was discovered through the use of a Large Hadron Collider, which is a 17-mile-long machine built to smash charged subatomic particles together so hard that they unlock the secrets of the universe. As you might imagine from the description, it comes with a hefty price tag: it cost the European Organization for Nuclear Research $10 billion to construct. As physicist Steven Weinberg points out in an essay flagged by Wonkblog’s Brad Plumer, American researchers were developing a similar particle accelerator in the 1980s until Congress cut their funding due to concerns about cost overruns. Plumer notes that “the United States could have had solid bragging rights for the Higgs, but Congress didn’t want to pay for a $10 billion particle accelerator after the Cold War ended.” Beating the Soviet Union to the moon was a national priority; beating Switzerland to God, not so much.

The Higgs boson isn’t just one missed opportunity – it represents how much the U.S. stands to lose if we don’t give our scientists the support they need. The Congress of the early ’90s might have pulled the plug on a $10 billion particle accelerator, but it’s hard to imagine today’s Congress even contemplating such a project when attempts to fund basics like unemployment insurance and infrastructure repair result in partisan gridlock. Paul Basken of The Chronicle of Higher Education points out that thanks to President Obama’s push for funding, “scientific research has enjoyed relatively strong support as Republicans have pressed for deep cuts in federal spending over all.” But as Fareed Zakaria notes, federal funding for research and development has fallen by over 50 percent as a percentage of GDP since the 1970s, and science agencies stand to lose 8 percent of their funding next year if the automatic cuts triggered by the Super Committee’s failure are implemented.

A lot of scientific research provides an easy target for deficit hawks, who start with the facile premise that the government should manage its finances like a household and conclude that we shouldn’t waste money on Junior’s weird science projects when a baking soda volcano will do. Senator John McCain is particularly fond of cracking jokes about obscure and esoteric research grants like “$700 million to study moth pheromone” or “three million to study the DNA of bears in Montana.”

But major scientific breakthroughs often come from unexpected and unglamorous directions. There might not be an Internet for you to read this post on if the Defense Department hadn’t explored new ways to transmit wartime communications in the 1970s. And as Annalee Newitz writes, “It’s tempting to offload the cost of science onto business, but there are some kinds of research that only government can make possible…The problem is that this kind of work could go nowhere. That makes it a bad business investment, though a necessary investment in our future.” A corporation might not be able to turn a profit from studying the building blocks of the universe, but that doesn’t mean it won’t enrich human knowledge and quality of life. When FDR famously said, “It is common sense to take a method and try it: If it fails, admit it frankly and try another. But above all, try something,” he might as well have been describing the scientific method. Sometimes that means you work on the Manhattan Project; other times that means you study bear DNA.

For now, as Forbes’s Jon Bruner acknowledges, the U.S. retains its “complete dominance of basic scientific research,” winning at least one Nobel Prize every year since 1935, but cutting-edge projects like the Large Hadron Collider or even embryonic stem cell research are being pursued overseas. Perhaps more importantly, he notes, “Nobel Prizes typically recognize discoveries published between ten and thirty years earlier,” meaning today’s laureates are often the product of the education system that existed 40 to 60 years ago. But as Margaret Honey of the New York Hall of Science points out, “there has been an unprecedented and precipitous decline in science teaching and learning as a consequence of the focus and implementation of No Child Left Behind” that puts us at risk of “losing an entire generation to scientific illiteracy.” And as public schools and universities continue to suffer painful cuts and more teachers are laid off in the name of balancing budgets, the resources to train and foster America’s most promising young minds will become even scarcer.

In the last few years, the federal government has been all too willing to enable the financial sector’s gambling addiction, but our policymakers seem much more reluctant to gamble on research that could revolutionize our economy and the way we view the world around us. See, for example, the overhyped Solyndra “scandal,” in which the Obama administration was raked over the coals for giving a loan to a solar panel manufacturer that wound up going bankrupt because prices dropped. As serious businessmen like Mitt Romney know, making a failed investment means that you should immediately resign in disgrace and possibly turn yourself in to the police. But here in the real world, if America is going to be a world leader that does big things, we have to be willing to take the right kinds of risks. When it comes to finding something like the God particle, you’ve just got to have faith.