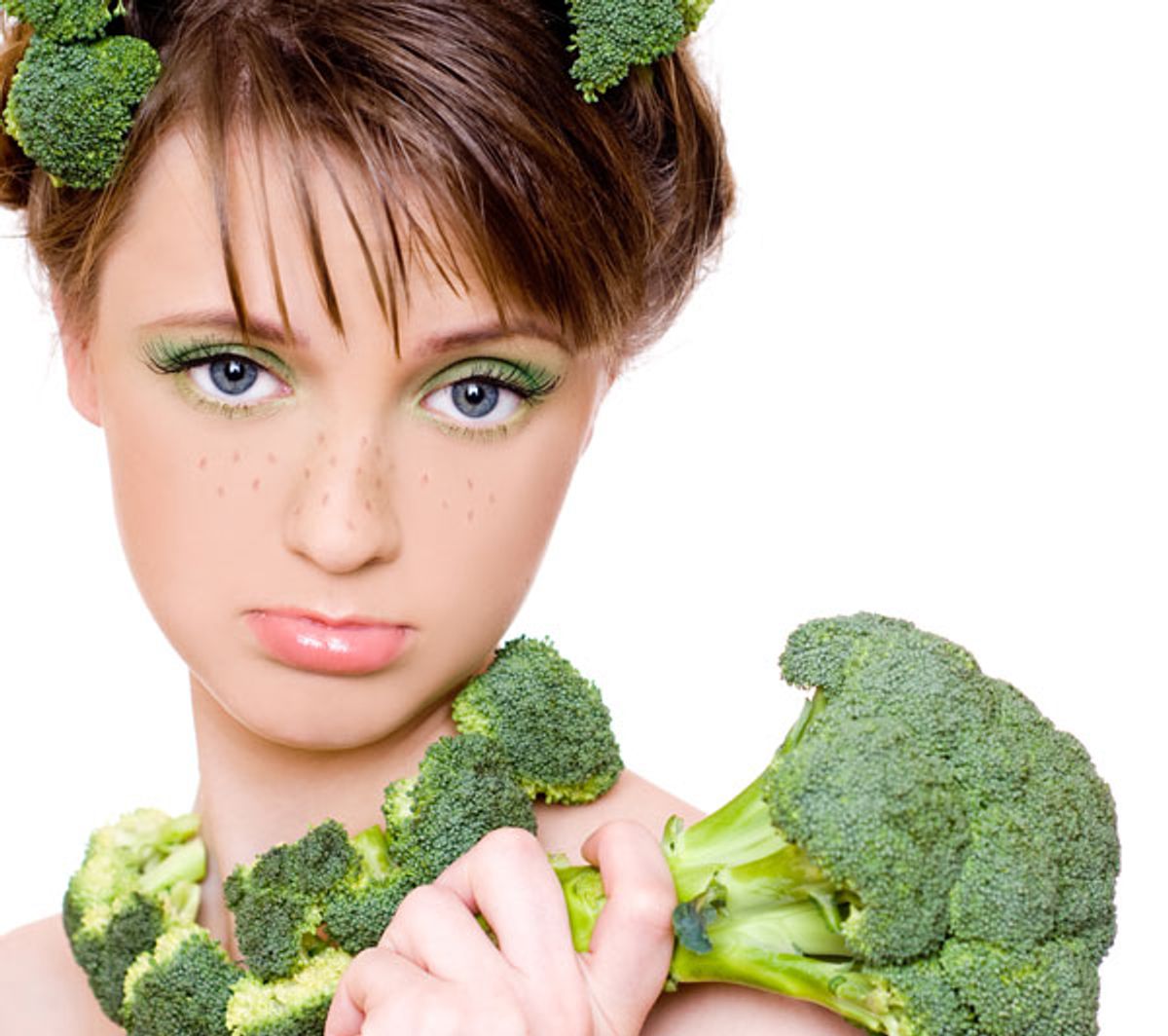 Economists all know this joke, which “comes from the stereotype that many economic models require unrealistic or absurd assumptions in order to obtain results.” And yet, how many heed its warning?

A new book, "The Locavore's Dilemma: In Praise of the 10,000 Mile Diet" by Pierre Desroches and Hiroku Shimizu, uses arguments from neoliberal economics to explain why those who advocate eating local food are wrong. Often, their arguments require assumptions as silly as the one in the joke. For example, in making the case that the world moved from a diet of local food to a global food system for a good reason (and therefore we should not return to eating local), they assume that modern locavores will face the same technological limitations as our ancestors, who were also locavores. But aside from the numerous strawman arguments found throughout the book, there are several points where economics are properly applied to food and agriculture and – the authors charge – prove that local food is a bad idea.

But perhaps the opposite is true instead; that the models used in neoliberal economics do not accurately apply here. Here are six economic principles that do not fit when it comes to food and agriculture:

1. Assume the Players Are Rational: In economics, one assumes all of the players are rational. When it comes to food, we are far from it. For example, frozen dinners had been introduced to supermarkets unsuccessfully before the TV dinner came along. The TV dinner succeeded because Americans were excited about TVs. When the Pepsi Challenge showed that Americans prefer the flavor of Pepsi to Coke, Coca-Cola took the bait and introduced New Coke, which tested better than Coke and Pepsi in taste tests. Turned out, consumers don't drink Coke because of the flavor. They drink it because it's “American” and “fun.” Coke learned its lesson, and its slogans have reflected it ever since (“Open happiness”).

2. Standardization of Food: Much of economic theory rests on the assumption that the goods in question are commodities. Our food is standardized so that it can be treated as a commodity. One Granny Smith apple is the same as any other Granny Smith apple, no matter where it’s from or how it was produced. But many foods are not so interchangeable, and indeed, when they are standardized, they often become standardly bad.

Take the strawberry. There’s nothing like the flavor of a fresh-picked, juicy strawberry. But if you pay $3.99 a pint for strawberries in your supermarket in January, the berries you buy will hardly even give a hint of flavor. They’ll be big and red, but who cares if the berry is perfectly red if it doesn’t deliver on strawberry flavor?

The market can deliver on the idea of year-round strawberries, but it cannot deliver on the delectable flavor one associates with those berries. Truly ripe strawberries are highly perishable, so they can’t be too ripe when picked. And strawberry flavor deteriorates when the berry goes in the fridge, but there’s no way to transport perishable berries across the country without refrigeration. Even in California, where nature provides fresh, local berries for about half the year, the flavor changes throughout the season. Early season berries aren’t very sweet or flavorful, unfortunately. It takes until May or June to get perfect, sweet, juicy strawberries. That goodness is fleeting and ephemeral, and it only comes once a year.

In addition to flavor, foods are not identical in terms of nutrition. It’s likely that supermarket eggs are standardized, all with roughly the same nutrition content. They were all produced in nearly identical conditions from genetically identical birds who were fed exactly the same feed. But when chickens can roam freely, eating grass and bugs in addition to chicken feed, their eggs become more nutritious. It would be extremely difficult to produce eggs this way on a large scale and do so profitably. But it’s easy and fun to do for homeowners with small backyard flocks.

Another factor is genetics. It’s certainly convenient to produce genetically identical food for the market, especially if you find the perfect combination of genetics to give you a high yield and great taste with disease and pest resistance. But what happens when Mother Nature throws a curve ball at you and a disease comes along that your crop has no resistance to? You need new genes. Sure, scientists can keep a supply of biodiversity in a seed vault and that might provide the new genes you’re looking for. But for genes that really keep up with the current challenges of nature, you need genetic diversity grown in nature, under conditions that change over time.

When governments signed NAFTA, they assumed that corn is corn is corn, and the U.S. produces corn cheaper than Mexican peasants are able to produce it. But those Mexican peasants are the guardians of the world’s most valuable supply of corn genetics. And in that sense, they can hardly be compared to an Iowa corn farmer who buys seeds each year from DuPont or Monsanto.

3. Creative Destruction: Economist Joseph Schumpeter spoke of creative destruction, explaining how new inventions will disrupt old, established businesses. When automobiles were introduced, carmakers and their employees succeeded as horse-drawn buggy makers went out of business and their employees lost their jobs. Therefore, under this line of thinking, it makes perfect sense for Florida to grow oranges until the global market some day decides to source oranges from Brazil instead. There's no need for Florida to diversify its crops, not while Florida oranges are in demand. They can worry about switching to a more profitable crop (or perhaps, switch from farming to tourism) when the time comes, just like cassette tape makers in the 1980s did not stop making cassette tapes because some day CDs would become popular and put them out of business.

The devil here is in the details. Desroches and Shimizu specifically say that “profitable monocultures should be pursued as long as they remain viable in a particular location.” So California should provide all of the nation's almonds and strawberries, while the entire midwestern United States is blanketed in corn and soybeans. But it is nearly impossible to grow monocultures year after year in the same field without running into pest and fertility problems.

Right now some experts predict the downfall of the Cavendish banana, the variety of banana sold in U.S. supermarkets, due to a fungal disease. Enormous fields of genetically identical bananas make easy prey for pests and diseases. Accepting large scale monoculture means accepting lots of pesticide use. When one crunches the numbers, the costs might add up because revenues outweigh the extra money spent on pesticides, but the equation leaves out the impact those pesticides have on farmworkers, eaters and the environment.

4. Comparative Advantage: The idea expressed above goes hand in hand with the principle of comparative advantage. The idea is simple. If Idaho can produce potatoes cheaper than California can, and California can produce strawberries cheaper than Idaho can, then Idaho should grow all of the potatoes and California should grow all of the strawberries, and they should trade. To some extent, this makes sense. No one is suggesting that Mexico attempt to produce its own maple syrup or that Vermont should try to grow its own pineapple. But relying on large-scale monoculture as suggested by the notion that California should supply the nation with strawberries runs into the need for toxic agrochemicals.

Until recently, California was set to approve a potent carcinogen to fumigate strawberry fields. This chemical, methyl iodide, was to replace its predecessor, methyl bromide, which was phased out globally because it harmed the ozone layer. Should Californians be exposed to a carcinogen just so a few strawberry growers can get rich and the rest of the country can eat cheap (but flavorless) strawberries year-round? Or should midwesterners drink tapwater laced with the herbicide atrazine? When confronted with this question, Desroches dismissed the idea that agrochemicals are harmful, pointing to the increasing human lifespan in recent times.

5. Legal System: In a recent case Nicaraguan farmworkers brought against Dole, the workers sued over health problems caused by a pesticide called Nemagon used on the Dole Plantations. Nemagon has been banned in the U.S. since 1979. Initially, the farmworkers won their case, but it was overturned in an appeal after Dole found 27 secret witnesses who testified that the plaintiffs were fraudulent. After Dole's victory, several of the secret witnesses came forward and recanted their testimony, saying they testified because Dole offered them bribe money -- and then never even paid them the bribe money.

Most recently, Dole settled out of court with the farmworkers. Economists might assume we can create a perfect legal system that passes laws protecting workers' rights and enforces them as much as they assume they have can-openers -- but it doesn't make either one true.

In our global food system, human rights abuses abound. Most are invisible to us when we shop at the grocery store. A recent WTO ruling challenged even the basic principle that we should be allowed to know what country our beef comes from. Pesticide standards only require that residue on food in our stores is limited, but nobody checks to find out what farmworkers were exposed to. Did the company that grew your food drive an indigenous community of their ancestral land with bulldozers, or did they irrigate their crops so heavily that an entire river the community relied on now runs dry? Did somebody’s property value plummet after a factory farm moved in next door, forcing them to smell manure night and day while simultaneously killing their chances to sell their home and move? These are not made-up scenarios -- all of them have happened. But in the grocery store, you don't know.

6. GDP Meets Human Health: From the perspective of maximizing GDP, our current food system cannot be beat. We have found ways to make people eat more than ever (and more processed foods than ever), and then they spend more money on diet books, weight loss programs, gyms, and health care for diet-related illnesses. This boosts the GDP much more than if people just ate the right amounts of a diverse mix of whole foods and then skipped the weight loss programs and the diabetes meds. But is it what we want?

For an economist, our current food system is highly efficient, producing, distributing, and selling the maximum amount of cheap food. A large amount of food is “value-added” (i.e. highly processed), which means that more companies and employees will earn money from each food. Instead of wheat or even wheat flour, a consumer buys a loaf of bread, giving jobs to the bakery and requiring dough conditioners, preservatives and a plastic bag that would not have been necessary if they just baked a loaf of bread at home.

Unfortunately, economics only quantifies dollars, not human health. According to those looking for GDP growth, it’s better if you buy a bottle of Heinz ketchup than if you grow tomatoes from seed in your garden, and it’s better if you buy a Snapple made with 10 percent juice than if you eat a piece of fruit. Maybe we would be better off if economists start assuming that we don’t have can-openers, so we have to cook healthy whole foods from scratch.

Jill Richardson is the founder of the blog La Vida Locavore and a member of the Organic Consumers Association policy advisory board. She is the author of Recipe for America: Why Our Food System Is Broken and What We Can Do to Fix It.