Unlike Newt, Rick and his other GOP foes, Democrats know how to exploit Romney’s vulnerabilities 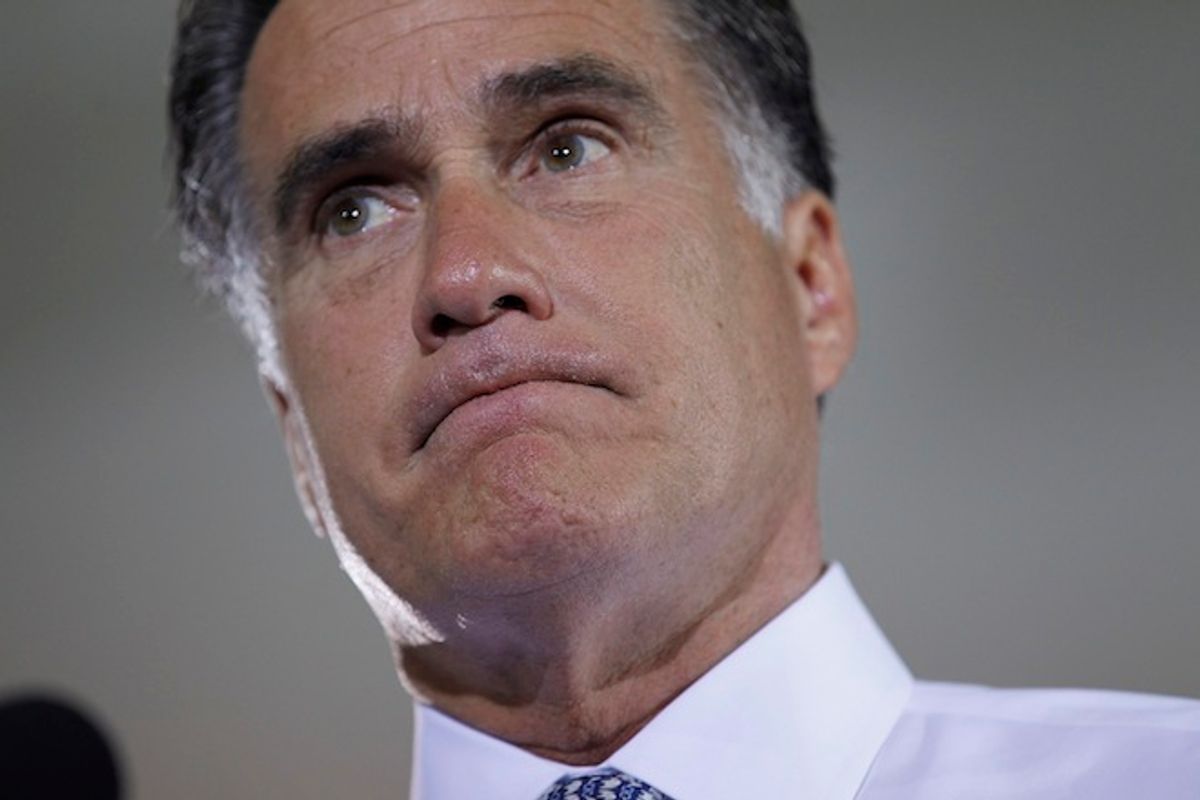 It’s still safe to say that, compared to the other Republicans who sought their party’s presidential nomination, Mitt Romney was the GOP’s best option. But there were warning signs during the primary season that he’d be far from an ideal challenger to President Obama, and the potential impact of his deficiencies is becoming clearer.

First, there’s the matter of Bain Capital, the private equity firm Romney once ran. Because the economy figured to dominate the campaign, Romney set out to run on his business experience this time around, not his gubernatorial record. Early this year, Newt Gingrich had some success turning this emphasis around on Romney, stirring up resentment among blue collar Republican voters in South Carolina over Bain’s history of profiting while shutting down businesses and laying off workers.

Gingrich never really had a chance, but there was reason to suspect his formula would be useful for Democrats in the general election. And sure enough, after a few months of heavy Bain-focused attack advertising by an Obama-friendly super PAC, Romney’s image and standing in battleground states seems to have eroded. Whether the damage will be lasting is another question, but clearly playing the Bain card has at least the potential to steer swing voters away from the GOP candidate this November.

Then there’s healthcare, the issue that Rick Santorum once warned made Romney “the worst Republican in the country to put up against Barack Obama.” The problem for Romney is obvious: He championed a healthcare reform law in Massachusetts that helped position him for the 2008 White House race, then watched it become poison in the Republican Party when Obama adopted it as the blueprint from his national law.

So when the Supreme Court upheld the ACA two weeks ago, Romney’s instinct was not to join his fellow Republicans in denouncing the individual mandate as a tax. To do so would be to admit that his Massachusetts mandate had also been a tax. But this didn’t sit well with Republicans, forcing Romney to change his tune and invent a justification for claiming his mandate was somehow different than Obama’s.

Will the circumstances of Romney’s early July flip-flop end up mattering in November? Probably not. But the episode underscored how uncomfortable healthcare can be for Romney if he’s pressed on it – as he probably will be by Obama when they debate this fall. John Kerry’s experience running against George W. Bush comes to mind here. For all of the criticisms Kerry leveled against Bush over his conduct of the Iraq war, Bush was always able to point out that Kerry himself had voted for the war. In the same way, any time Romney rails against the ACA, Obama will be able to reply, “Gee, Mitt, where do you think I got the idea?”

And there’s also Romney’s top-1-percent image, which was accentuated during the primary season by a series of “wealth gaffes” by the candidate and revelations about his personal finances – particularly his use of Swiss bank accounts and offshore accounts. Again, this wasn’t enough to sink him against his comical primary season opposition, but it raised the possibility that Romney would be a poor match for a post–Wall Street meltdown general election – a man whose upbringing, professional history, personal lifestyle and general bearing all mark him as a member of the super-affluent elite. Obama and his fellow Democrats argue that the GOP treats the top one percent as a protected class, so in nominating Romney they are playing to type.

It’s not surprising, then, that Democrats have spent the last week playing up the pictures that emerged from Romney’s holiday retreat at his opulent lakefront home in New Hampshire, especially those featuring the candidate on his jet ski. And with the offshore accounts back in the news thanks to reports from Vanity Fair and the Associated Press, it was inevitable that Democrats would now make them a centerpiece of their anti-Romney talking points.

Romney’s goal is to be a generic opposition party candidate – to avoid controversy and policy details and to function as the protest vehicle for economically frustrated swing voters who are eager to vote Obama out. It’s not a bad game plan, given the state of the economy, and Romney certainly comes much closer to being generic than Santorum, Gingrich or any of the others who vied with him for the GOP nomination. But he has vulnerabilities that could ultimately keep a critical chunk of swing voters from checking his name off, and those vulnerabilities are beginning to come into focus.