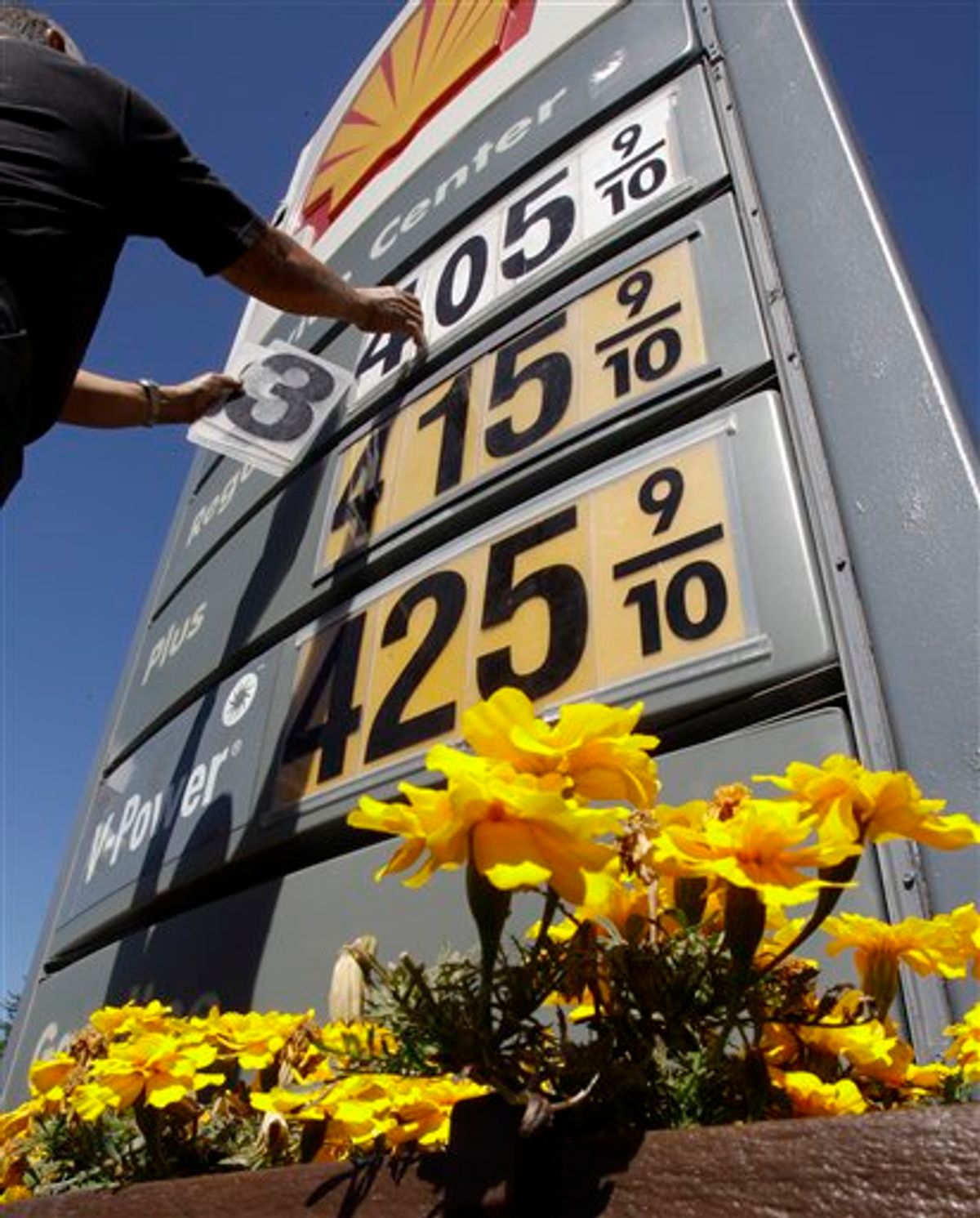 “When you’re down and troubled, and you need a helping hand …”

Last Friday’s jobs report confirmed a weakening trend in employment growth and an unemployment rate stuck north of 8%. We’re still growing, and most industries outside of the public sector are adding jobs, but too slowly. Other important indicators, most notably real GDP growth, are creaking along at trend with downside risk of slowing further.

Yet we’re getting a boost from prices. Consumer prices, most notably energy, are growing more slowly, or, in the case of gas and oil, falling. The price changes are helping to offset slower nominal income growth by making paychecks and disposable income grow more quickly in real terms. (In the old days, you’d point out that the “misery index,” which equal inflation + unemployment, is down half a point since last winter.)

The first figure shows changes in the consumer price index and the CPI’s energy component, comparing this year to the same period last year. The deceleration in consumer prices are clear, particularly in energy, which shows an 11% swing from up 9% to down 2% (see also the GasBuddy figure later on). So how’s this helping? Well, a year ago nominal disposal income was growing about one percent faster than it is now, but thanks to slower price growth, the real gains are evident in the figure below (real DPI). A year ago, nominal weekly earnings were growing about 2.5% per year nominal, but falling about 1% real. Now they’re growing less than 2% nominal, but flat in real terms. Some of you may be thinking, Um … deflation … not good, dude. But that’s not what’s happening with prices. The core CPI — leaving out energy (and food) — is actually growing half a point faster than it was a year ago. This is really an energy story, as you can see in the GasBuddy data on average pump prices over the past six months (the tick up at the end looks like a holiday effect).

One last price that’s also acting a bit friendlier these days: Home prices. This last figure shows the Case-Shiller 20-city index, comparing the most recent data for this year (Dec–Apr) to the same period last year. Here’s a price you want to finally see turning up, increasing home equity and signaling some possible light at the end of what’s been a terribly long tunnel. Over course, this particular trend has proven awfully fickle in the past. It would be better to be growing more quickly and adding jobs at a faster clip, with real wages getting a boost from less slack in the job market. But the fact that there’s a bit more consumer buying power thanks to lower energy prices is one positive aspect of the current US economy, and it’s helping to offset some of the headwinds blowing the other way.