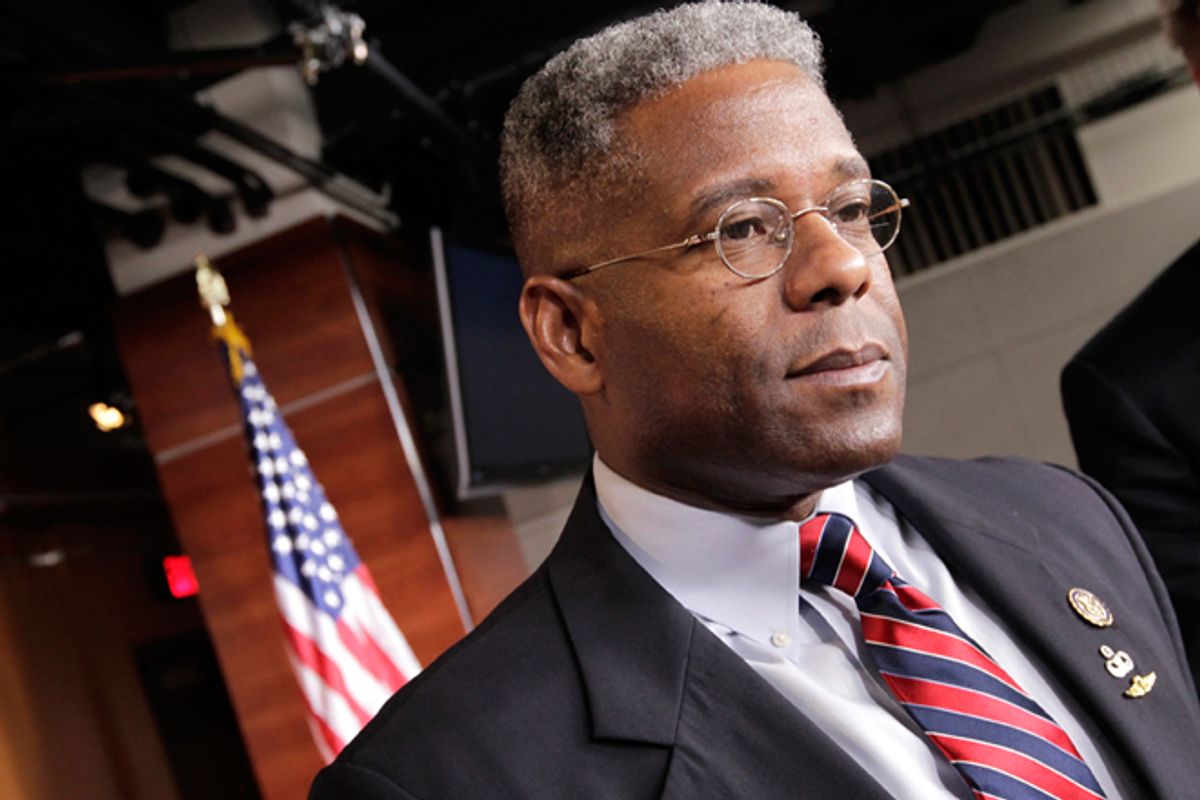 On Sunday, Rep. Allen West grabbed headlines and sparked liberal outrage when he compared Social Security disability benefits to “slavery.” “Since June of 2009 or so, we have seen 2.4 million private sector jobs created, but we’ve had 3.1 million people going on Social Security disability,” the Florida Republican said on Fox News. “So once again we are creating the sense of economic dependence, which, to me, is a form of modern, 21st-century slavery." The next night, he returned to Fox News, this time to Sean Hannity, to defend the invocation of slavery and blast his liberal critics.

But West, a retired Army colonel who wears a Master Parachutist lapel pin wherever he goes and often weaves his military service into speeches and interviews, may not be aware that close to a million disabled veterans rely on these benefits. In 2011, there were 828,000 veterans under age 66 who reported receiving Social Security disability benefits, a spokesperson for the Social Security administration told Salon. Disability benefits are available to both active-duty and retired members of the armed services who cannot work, just as with civilians, and are meant to supplement TRICARE and benefits provided through the VA.

“Allen West’s comment is offensive to the over 850,000 disabled veterans who are under the age of 60 that are anything but a slave. They are American patriots who deserve our thanks, not slights from extremists like Allen West,” former Rep. Patrick Murphy, a Democrat who was the first Iraq veteran to serve in Congress, told Salon, citing a different measure of vets on Social Security benefits. “You would think the congressman actually knew what the hell he was talking about before he threw over 850,000 American veterans under the bus,” the former Pennsylvania lawmaker said. He said he's heard from others on West's comments too.

"I was literally just on the phone with a guy in Pennsylvania who is a fellow veteran, who said first it was Joe Walsh attacking veterans last week, now Allen West this week -- it’s like a pattern."

Are these wounded vets slaves too? A spokesperson for West’s campaign did not immediately return an email requesting comment.