Can Google save gay rights?

As the company's "Legalize Love" campaign makes headlines, a look at the very real challenges it faces 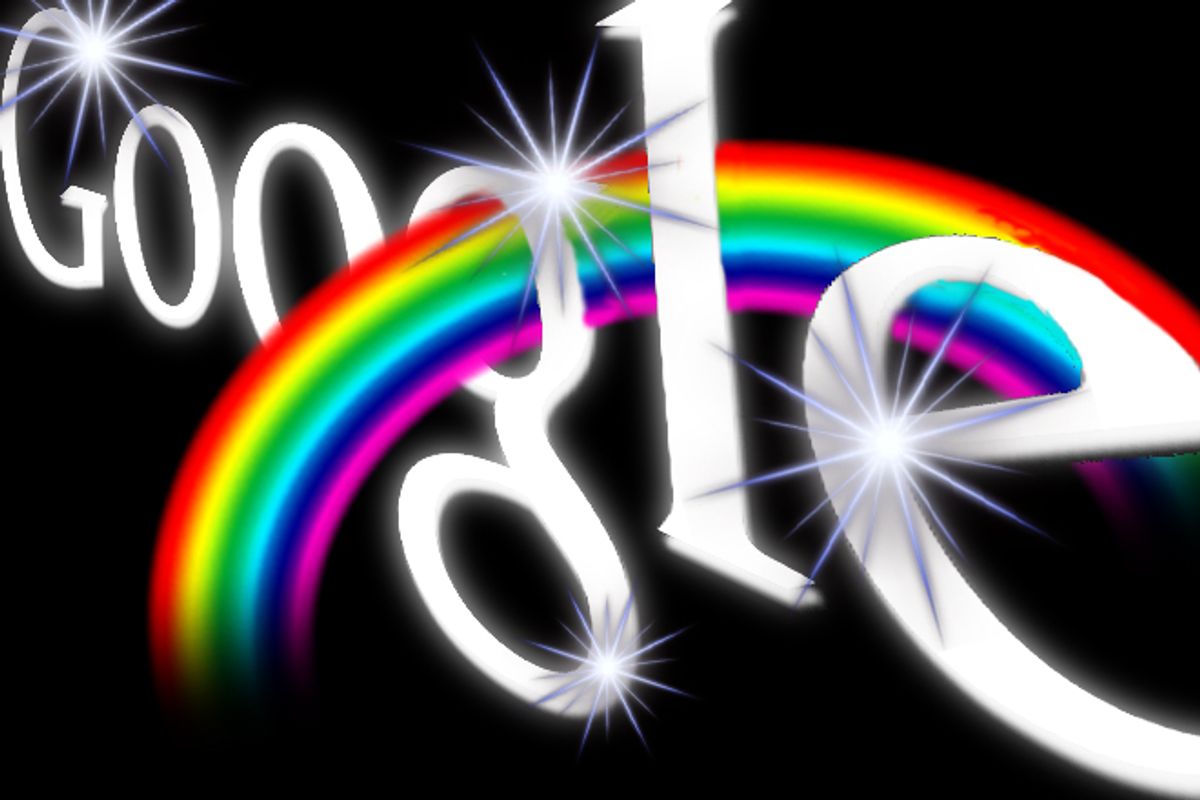 What the hell are things like for gay people in Singapore and Poland, anyway? That's what I found myself wondering -- in total embarrassment of my ignorance, mind you -- when I heard news that Google's "Legalize Love" campaign would kick off in those two countries. The initiative, which ambitiously aims to ensure equal rights in the more than 40 countries where the company has offices, is getting lots of buzz -- and rightfully -- but there's been little talk of the actual challenges it faces.

Turns out things are pretty damn bleak in Singapore: The city-state outright outlaws gay sex. Section 377A of the Penal Code states, “Any male person who, in public or private, commits, or abets the commission of, or procures or attempts to procure the commission by any male person of, any act of gross indecency with another male person, shall be punished with imprisonment for a term which may extend to 2 years.” Note that “gross indecency” between females is not mentioned; and a couple of years ago the government legalized oral and anal sex, but only for heterosexuals and lesbians (none of which is to say that Sapphic love is celebrated).

In 2007, then-MP Siew Kum Hong filed a petition to repeal Section 377A, and a supportive letter to the prime minister garnered 8,000-plus signatures -- but Parliament ultimately decided to keep the anti-gay law on the books. Senior Minister of State for Law and Home Affairs Ho Peng Kee argued at the time that a repeal would “be contentious and may send a wrong signal that the government is encouraging and endorsing the homosexual lifestyle as part of our mainstream way of life.” He added that "the majority find homosexual behavior offensive and unacceptable.”

Beyond criminalizing gay sex, Singapore frequently censors media – from art galleries to television to the Internet – that is deemed to “promote” homosexuality. In 2008, a TV station was fined the equivalent of $11,200 for airing an interior design show featuring a gay couple designing a nursery for their adopted baby. In recent years, censorship has marginally relaxed, but there’s still a long, long way to go. The Hollywood export “The Kids Are All Right” actually made it into the country but with a 21-and-up rating -- and only one single copy was allowed to be distributed in the country in order to restrict the movie’s reach.

That isn’t to mention that the armed forces lump together “homosexuals, transvestites,  paedophiles” under Category 302 and it was only in 2003 that the government started allowing out gay people to hold “certain positions in government.”

But things are a bit brighter in Poland! Not only does the country not outlaw gay sex -- imagine that – but it boasts the world’s only transgender MP. That said, the country has had an embarrassment of riches in the way of homophobic politicians. In 2007, Polish president Lech Kaczynski, who outright banned gay pride parades, said of homosexuality, “If that kind of approach to sexual life were to be promoted on a grand scale, the human race would disappear.” That same year saw an explosion of anti-gay rhetoric from government higher-ups and the introduction of a proposal to ban the mention of homosexuality in schools. (Congrats, Poland, you were ahead of Tennessee by five years.) Members of the European Parliament had to actually petition the European Union to investigate "the emerging climate of racist, xenophobic and homophobic intolerance in Poland.”

Anti-gay attitudes are ever so slowly becoming less acceptable, but homophobia is still rampant in the overwhelmingly Roman Catholic country. A 2010 opinion poll found that 79 percent of respondents opposed legalizing same-sex marriage – which, along with civil unions, is illegal -- and a shocking 93 percent opposed gay adoption. While we’re talking polls of Poles: Another survey of LGBT people in the country found that “a high percentage of bi- and homosexual persons experience physical and psychological violence because of their sexual orientation.”

All of which is to say: Google has a lot of work to do. Not that the company is naive about what it's signed up for. As Google executive Mark Palmer-Edgecumbe acknowledged, "It is obviously a very ambitious piece of work" -- but righteously so.