It's been 60 years since segregation became illegal in U.S. schools, but racial isolation persists 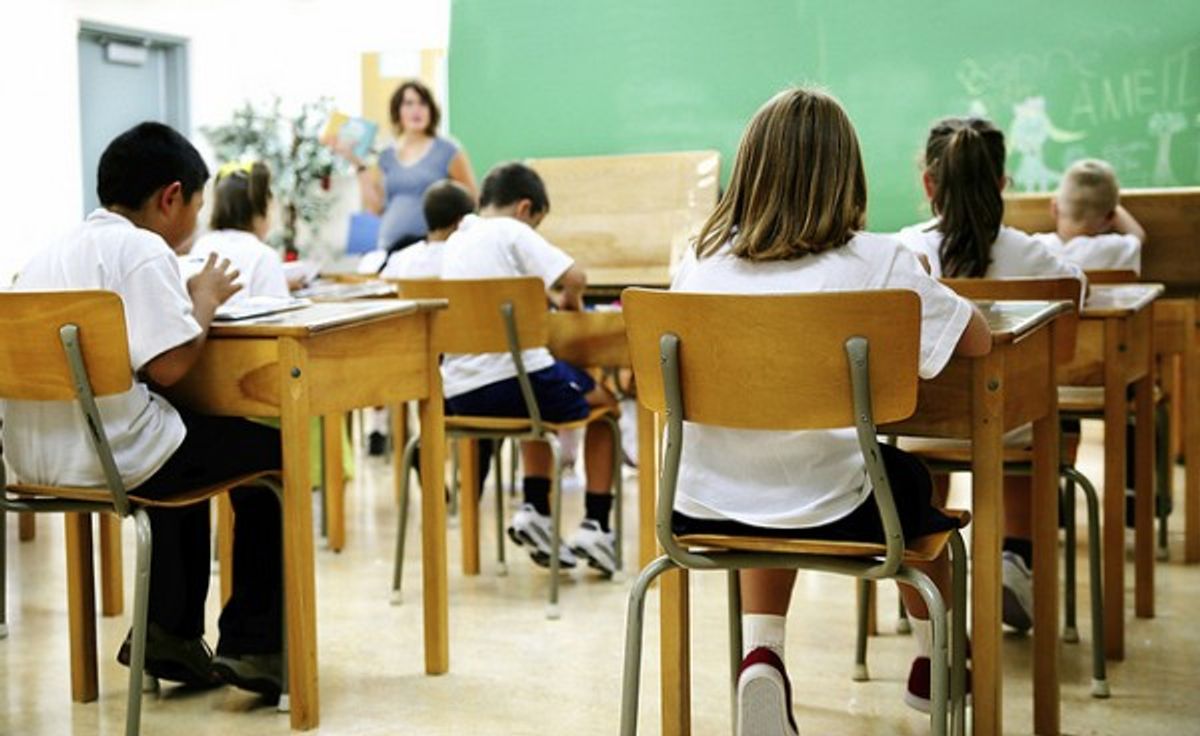 Nearly 60 years have passed since the Supreme Court made its landmark Brown vs. Board of Education decision, legally ending school segregation across the U.S. Today, the legacy of school segregation persists, as racial isolation remains the reality of many students nationwide.

Though it is expected that the U.S. population will shift from a white-majority to a minority-majority by 2046, currently most students do not see that diversity reflected in their school experience. Nationally, according to the National Center for Education Statistics, 52 percent of black students and 58 percent of Latino students attend school where minority students make up 75 percent or more of the entire student body.

In Chicago, America’s most segregated city, it’s typical for students to go through their entire K-12 education without ever having met a classmate of another race, as GOOD reported this week. In a recent radio interview on a local station, a Chicago student described having thought that schools were still legally segregated, based solely on her surroundings.

Advocates for reform argue that the incentives to foster greater diversity in schools are clear: Exposing students to racially and culturally diverse environments prepares them for the world outside school doors. Recent studies have also shown that students fare better academically in schools with greater levels of socioeconomic diversity.

Some argue that the model fails to address issues of segregation, as discriminatory housing practices continue to create segregated communities — a fact that is especially problematic given that housing prices have been linked to school quality.

Though redlining has long been part of the desegregation conversation, reformers are increasingly focusing their attention on charter schools — a model that has radically changed the landscape of the U.S. public school system in the last 30 years.

KIPP (the Knowledge is Power Program) is one of the most prominent examples of high-performing charter school networks, and includes more than 100 schools nationwide. KIPP’s program is designed to cater to low-income students, and features a longer school day, a tough disciplinary structure and a curriculum aimed at catching students up to grade level. With an enrollment made up of 95 percent Latino or black students, KIPP’s focus is clearly to serve minority students.

What would the model for an urban charter school look like that would meet the needs of its students, while fostering a diverse student population?

This, among others, is a question reformers are tackling from coast to coast.

To find out more, stay posted for a Forefront feature next month in which Next American City contributor Sarah Carr explores the evolution of segregation in public schools, and tells the stories of the people changing the status quo, one classroom at a time.