While the government credits the one-child policy with aiding economic growth, demographers and economists disagree 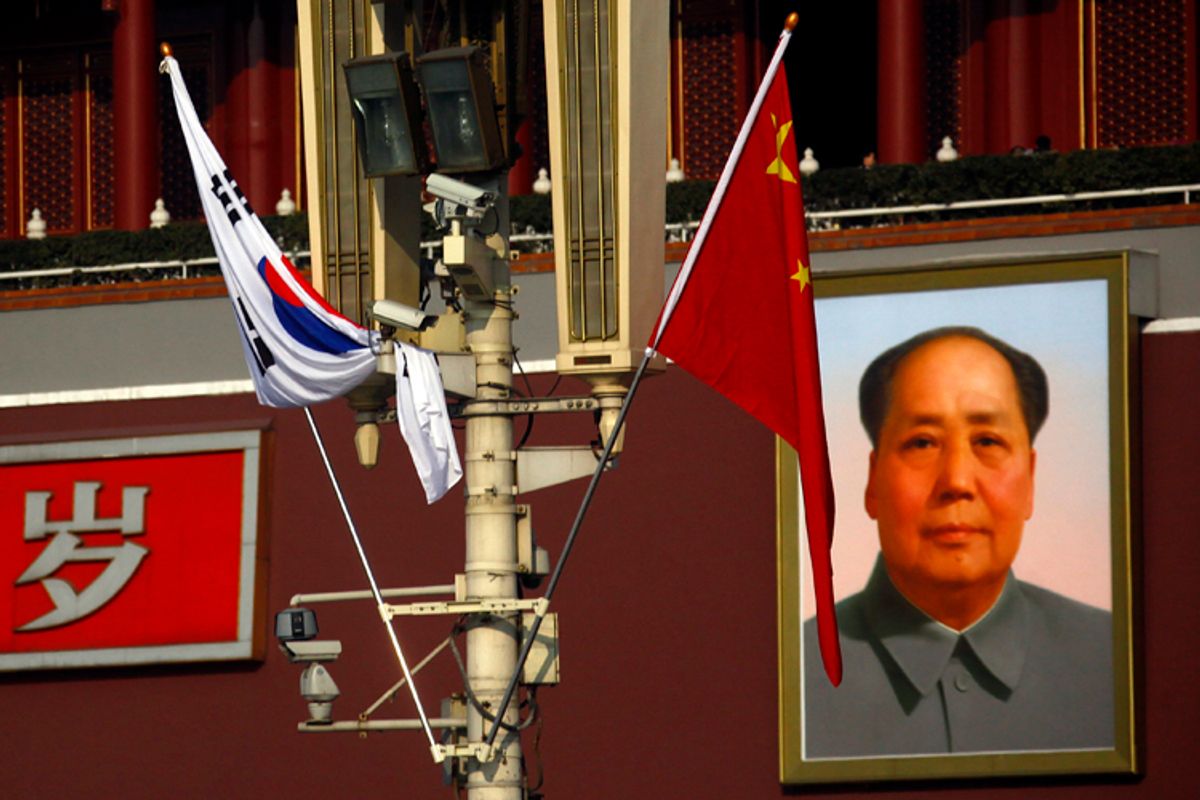 HONG KONG — The time may finally be near for the Chinese government to back away from one of its most famous — and controversial — laws.

Enacted in the 1980s, the “one-child policy” has successfully suppressed population growth by up to 400 million in China, according to government estimates, while sharply restricting the right of parents to grow their families.

In a rare public display of dissent, last week two separate groups of prominent scholars and businessmen in China published letters urging the government to abolish the rule, citing its devastating long-term effect on the economy.

“We advise [the government] to adjust the family-planning policies to allow people to have a second child,” three professors from a think-tank wrote in an article in the China Economic Times.

In a separate note, 15 scholars and businessmen signed an open letter to the National People’s Congress, writing that “the birth approval system built on the idea of controlling population size … does not accord with provisions on the protection of human rights contained in the nation’s constitution.” The most well-known businessman signatory is James Liang, co-founder of the website CTrip.com, a site that facilitates travel planning.

These formal statements follow a huge public outcry against the policy, when pictures of a 23-year-old mother lying next to the 7-month-old fetus she was forced to abort because she could not pay a $6,275 fine rocketed around Chinese social media.

Local authorities apologized for the forced abortion, and several officials were sacked, but experts took the occasion to demand more.

Yi Fuxian, a Chinese professor based at the University of Wisconsin, says that official and unofficial taboo around discussing the policy has eased. Yi was called a “national traitor” after writing a book attacking the one-child policy, but is now touring the country giving lectures.

“Just a few years ago, my writings critical of the family-planning policies were subject to heavy censorship, but now I can freely give speeches on the topic at mainland universities," Yi told the South China Morning Post.

After more than three decades, the problems with the policy are glaringly evident. While the government credits the one-child policy with aiding economic growth, demographers and economists say it is now one of China’s greatest threats.

First, fewer young people means that the labor force will decline dramatically. At current rates, the workforce will shrink by 17.3 percent by 2050, according to UN figures — a disaster for the manufacturing sector, where labor is already in short supply.

Second, the population is aging rapidly. By 2050, according to a United Nations report, China’s elderly population could more than double, to 438 million. This demographic challenge is more typically associated with wealthy societies like Japan and Sweden, or even the United States; but China, as many scholars remark, is on track to become be the first country in history to grow old before it gets rich. In fact, by 2050, according to UN statistics, America will be a younger country than China, with median ages of 40 and 48, respectively.

Third, it puts a strain on the country’s still-developing social safety net. As the Chinese lifespan increases, and the number of retirees boom, China’s pension system is rapidly becoming strained. By 2013, according to a study by the Bank of China and Deutsche Bank, the country could face a pension fund shortfall of $3 trillion.

Finally, the policy has resulted in China having one of the largest gender gaps in the world. For every 100 female babies born in China, there are at least 119 baby boys. This disparity means that a generation of Chinese men will grow up without mates — a recipe for social unrest.

While Chinese authorities realize the severity of the problem, efforts to unwind it have been piecemeal.

Loopholes exempt rural and minority parents from the restriction. In some provinces, couples in which both members are only children are permitted a second child. In June, officials floated the idea of raising the retirement age to 65, to reduce the pension burden. (Currently, China requires women to retire in their 50s, and men in their 60s.) But they quickly backed down as the idea proved extremely unpopular.

So what’s to be done? While China experts have repeatedly predicted that Beijing would soon abolish the law, they have often been disappointed. Five years ago, some observers believed that the end was imminent when the minister of family planning said that the one-child law would be extended only until 2010. Two years later, it's still in full force.

Reform is made more difficult because many local officials depend on the policy for extra cash. “To some extent, the expensive fines for extra babies have become a convenient means for local authorities to reap huge profits,” says Li Jianxin, demographer at Peking University, in an interview in the nationalist, state-run Global Times.

In a delicate time of power transition, nothing is likely to happen until the next leadership assumes office — a long process that will begin next year.

For now, the government seems to be holding steady. A recent Global Times  editorial argued that while the forced termination of late-term pregnancies is wrong, it is still “irrational” to reject the one-child policy.

Because of limited global resources, it says, “The world cannot afford for China to grow.”