An explosive lawsuit by the rocker's assistant alleges extraordinary demands to break the law. Sources exclusive to The Fix paint a dark picture of an addict's unraveling life. 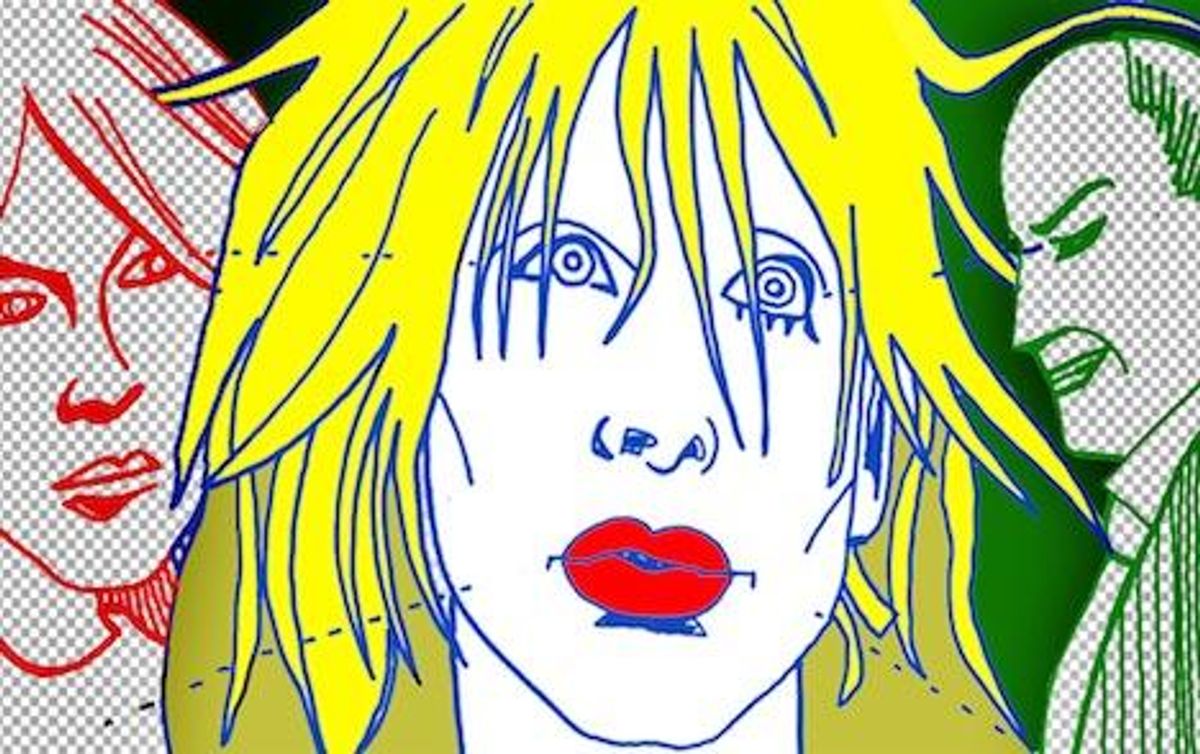 Courtney Love has made plenty of enemies. Art: Danny Jock
--

Working for an active addict can be a traumatic and thankless experience—especially if your boss's name happens to be Courtney Love. A lawsuit filed at Los Angeles Superior Court yesterday by Jessica Labrie, Love's former assistant, and documents exclusively obtained by The Fix, reveal stunning allegations that Labrie's year-long employment involved "humiliation" in "a work environment rife with harassment, retaliation and discrimination," damaging her mental and physical health.

But Labrie's most striking claim is that her opposition to "fraudulent, unlawful, and unethical acts" which she was asked to commit—such as “hire a computer hacker and send fake legal correspondence”—was a "motivating factor" behind the ill-treatment and constructive termination she allegedly suffered at Courtney Love's hands. "Such actions are unlawful and retaliatory," state the documents, condemning Love's "deliberate, outrageous, despicable conduct."

The lavish promises that Love allegedly made but didn't keep to Labrie include a "full ride" scholarship to Yale and a position on the set of a Nirvana biopic.

An inside source tells The Fix that Love, 47, owes Jessica Labrie more than $30,000 in unpaid wages alone—a figure that potential punitive damages and legal costs would multiply. Labrie, 33, joins a lengthening list of people who claim that Love owes them money. But she's the first to allege that Love demanded law-breaking. Based in Canada, she first entered Courtney Love's employment as an "Administrative Assistant and Forensic Research Aide" in June 2010. Her responsibilities apparently included "conducting research, preparing written reports, creating document organizational systems, and providing assistance with Ms. Love's everyday activities." And her compensation, the documents state, was set at "$30.00 per hour, plus expenses and bonuses."

Labrie's relationship with her employer was bizarrely public. She was known by Twitter and Facebook followers at this time as both a fan of the Hole star and a dedicated employee. Observers frequently saw Love using Twitter to direct Labrie to perform “tasks” relating to Love's ongoing legal issues (in which Kurt Cobain's widow accused various creditors of committing fraud against her). Their relationship seemed mutually adoring. Courtney even once publicly called Labrie (who was then known as Jessica Marquise) "a genius" in an interview with Radio 1045—in which Love also spoke about avoiding drug convictions, despite apparently being called into one Seattle court 37 times.

“I told the 18-year-old girl [not Labrie's correct age] that’s the smartest of them in BC," said Love in the filmed interview. "Her name is @JessicaMarquise on Twitter, M-A-R-Q-U-I–S–E. And she’s got the real money stuff, like she can dig through these skins and get the biggest money stuff. But...she’s NBC [not true] and she’s a genius. She’s able to take my one my run-on sentence that is 100,000 words and take it to a thousand words and make it work.” (As for the drugs, Love had Xanax and Vicodin in her purse, she claimed in the interview—both “with prescriptions.”) But this relationship turned sour—partly, the documents allege, as a result of Labrie's refusal to hire a hacker or send a forged letter.

One aspect of Love's alleged mistreatment of Labrie which won't surprise anyone who has worked for an active addict is a succession of broken promises. The lavish promises that Love allegedly made—but didn't keep—to Labrie include: a "full ride" scholarship to Yale, "a position on the set of an upcoming Nirvana biopic," a position at Love's music management company, and a promotion.

Meanwhile, the documents claim, Labrie often worked over 60 hours per week, without getting overtime pay—Californian labor law, to which her employment was allegedly subject, stipulates that any employees working more than 40 hours must receive additional compensation. The promised bonuses apparently didn't materialize. Neither, allegedly, did expense payments for a number of business trips—or even all of her basic wages. Following months of missed or incomplete payments, the documents claim, Labrie resigned in July 2011.

Labrie's lawsuit also points the finger at Love’s business associate, Sam Lutfi. He allegedly intervened between star and employee, telling Labrie that her requests for payment were “too frequent” and that she would “have to wait.” (Lutfi was also Britney Spears’ manager back in 2007, when the pop star's personal and mental health problems were at their most severe.)

The Fix has record of a conversation between Lutfi and Love on Love's personal Facebook wall in July 2011—the time of Labrie's resignation—which clearly shows what the pair think of her claims:

Sam Lutfi: Well it appears Jessica is refusing to return the phone, this coming after she's been lying about reiumbursements and forging receipts. She was supposed to be researching fraudnotrehearsing it.

Filing the police report though, for both the lying about the baggage and car rental and for the phone. They said that will cause a travel ban and she won't be able toreturn to thestates

Courtney Love: shocker, she coukldnbt even verbalise orc ontextualise anything or process it was all justr wasted, and then money money ,money which would have been fine had she worked for it

Sam Lutfi: nope, she lied lied lied and demanded more or she'd quit, well the lawyers are looking into criminal charges both in Canada and the states. she shouldn't be allowed to getaway withthisCourtney Love currently has no legal representation, at a time when she needs it more than ever: her most recent lawyers, Pryor Cashman, dropped her as a client in April 2012, citing a complete breakdown in communication. It's thought likely that the firm will soon sue her for months of allegedly unpaid legal services. Love’s former lawyer, Keith A. Fink, already sued her in Los Angeles on June 25 for over $436,000, claiming lack of pay. And a Los Angeles private security firm, Screen International Security Services, has also sued her for $66,000 in services, costs and attorney fees—a case that the New York Supreme Court is set to determine.

Inside sources meanwhile tell The Fix that Love still owes $450,000 in settlement of a lawsuit involving libel and defamation on Twitter against another former hire, Dawn Simorangkir. And that's just the tip of a fiendishly complicated legal iceberg involving the claims and counter-claims of Bryan Freedman, who represented Simorangkir in that suit and now represents Frances Bean Cobain, and Rhonda Holmes—yet another of Love’s earlier attorneys.

Courtney Love may also still owe a $2.7 million loan to her daughter—which was exclusively revealedby The Fix as the deal through which Frances Bean Cobain took control of her late father's image rights. It all adds up to a life that's sadly become unmanageable.

Carmela Kelly is an investigative journalist and regular contributor to The Fix. She also contributed additional reporting to The Fix's e-book, Courtney Comes Clean.