NPR thinks a spouse could have spilled Court secrets. It's possible! 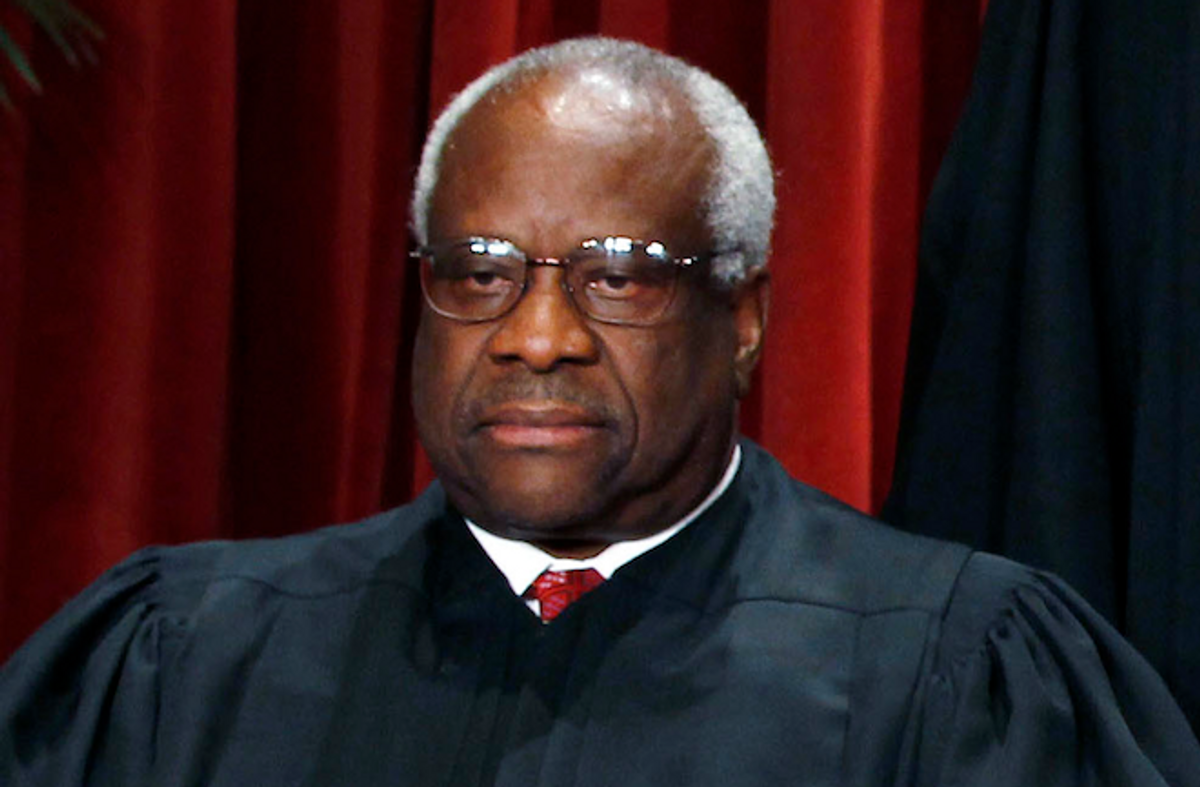 NPR legal reporter Nina Totenberg spoke to Bloomberg Law yesterday about the Supreme Court's recent healthcare reform decision and the subsequent series of stories on the deliberations based on leaks to reporters from court insiders. She made this interesting observation:

"[The leaks] had the earmarks of somebody -- somebody or two bodies -- who are very angry. Now that's not necessarily a justice. Could be a justice, could be a law clerk, could be a spouse of a justice."

Totenberg goes on to say that of course she never tries to learn the identities of other reporters' sources, but that's still an interesting bit of ... fairly specific speculation, there.

Of course, there is only one "spouse of a justice" that anyone has ever heard of, and it's America's Sweetheart, Ginni Thomas.

We already know her husband, Clarence Thomas, is an extraordinarily angry and bitter person, thanks to his memoir, "I Am Still an Incredibly Angry and Bitter Person on Account of That Time Anita Hill Told the Complete Truth About Me." (And Clarence Thomas is apparently buddies with CBS's Jan Crawford.) And Ginni made a living, for years, touring the nation telling everyone how awful and unconstitutional healthcare reform was, which means she was probably pretty upset when her husband told her John Roberts voted to kill liberty forever. She's also known for having really poor impulse control, if her still-hilarious early Saturday morning voice mail for Anita Hill is any indication. So let's all just assume she's leaking everything, because she and her husband are so mad and crazy.

(Though Ginni Thomas is still doing video interviews in which she inexplicably doesn't actually appear for Tucker Carlson's "The Daily Carlson," so why didn't she leak to one of the Caller's many fine reporters, like Mickey Kaus or the guy who says a black person probably stole his bike? She is an enigma!)