The real world versus the confidence fairy 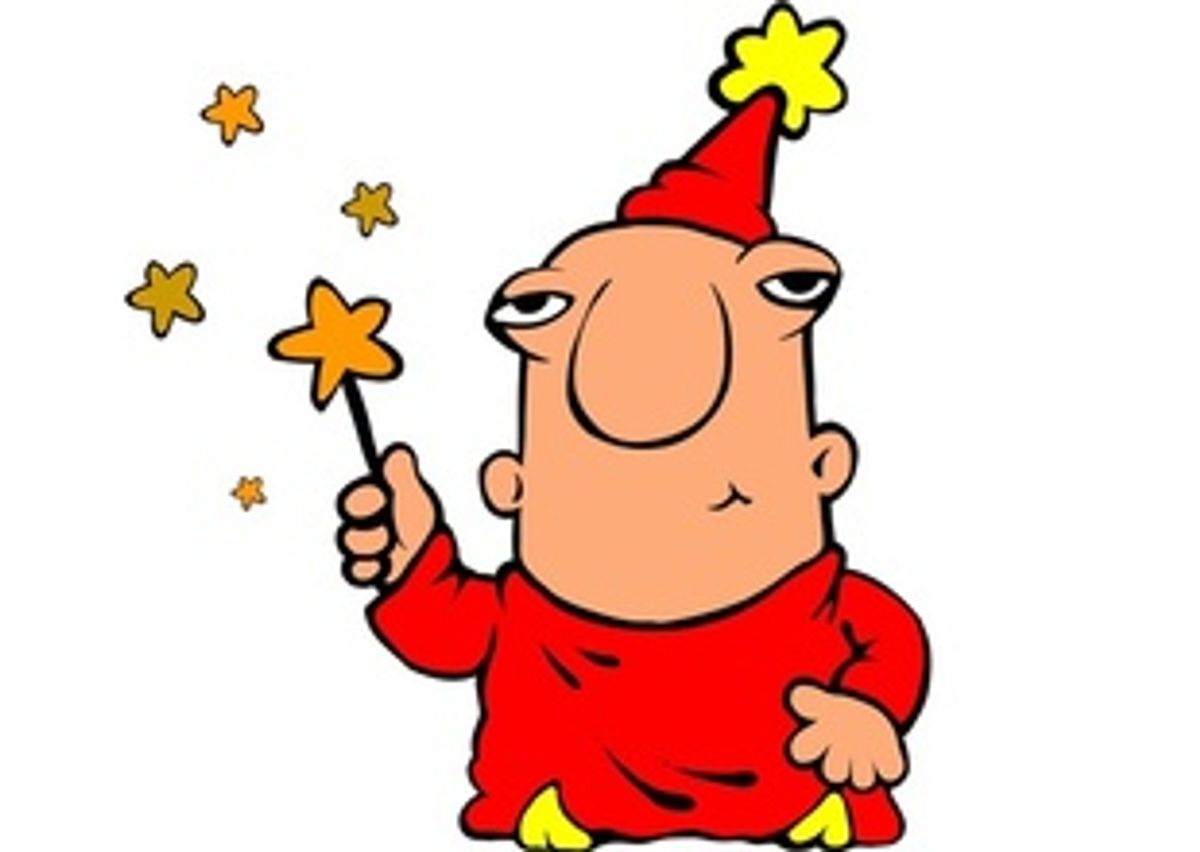 Recently I went to a well-known restaurant in Evanston, Illinois. This restaurant has a reputation for providing excellent food and service. But the night I was there, it was less than half full. I asked the manager if he would he hire more waiters and chefs if his taxes were reduced and/or government removed the existing regulations controlling the way his restaurant could operate. His answer was that even if his taxes were reduced and regulations eliminated, he would only hire more staff if more customers came in for dinner. On the other hand, if there were twice as many customers for dinners than there were on this night (and there were many more customers before the recession began in 2007) he would gladly double the number of workers he employed even if his taxes were not reduced or regulations changed.

That’'s how things work in the Real World. This simple case illustrates clearly that entrepreneurs will have confidence to expand and hire more workers only if they find the market demand for their products and services strong and growing.

There are plenty of other things that would do wonders just now to help restore trust and confidence in the American economy: a well-regulated financial sector; smart government investment in the things we need, like jobs and infrastructure; and fair taxation that asks the rich to pay their share. You wouldn't know this listening to conservative economists stuck in Neverland --– a place where the government must never function and corporations must never be regulated.

Conservative economists and their friends like to trot out a mythical being whenever they want to make arguments that favor an economy built for the wealthy at the expense of ordinary people. This imaginary being, known as the Confidence Fairy, is only happy when capitalists are given free rein to do whatever they want – even if it brings us to the brink of a global economic meltdown.

In a recent “Face the Nation” broadcast, Republican presidential candidate Mitt Romney expressed his devotion to the Confidence Fairy when he told us that a magical economic recovery would happen if only we got rid of the terrible burden the federal government had put on businesses by imposing regulations and big government financed by heavy taxation. In other words, if only government would shrink itself and relax business regulations, the resulting freed-up markets would make people who run businesses confident enough in the economy to bring forth a wonderland of prosperity and full employment.

Conservative economics professor Tyler Cowen took a page from the same storybook recently in theNew York Times, blaming the lack of significant economic recovery from the financial crisis of 2007-'08 on the unhappiness of the Confidence Fairy. Politicians, he says, have failed to make us as “safe, financially speaking, as we used to be.” So Cowen argues that the “slow cure” for our economic malaise is to allow asset prices, wealth, trust, and so on to gradually rise in a free-market environment without any interference from government. Cowen states that the textbook cure for recession -- namely, significant “Keynesian” government stimulus spending -- will not quickly restore prosperity because the Confidence Fairy doesn'’t like things like building roads, repairing schools and putting firefighters to work.

But if we can move past this mythical land created by conservative economists to that place known as the Real World, we can easily see what really drives people like the Illinois restaurant owner to engage in the kind of activity that gets the economy humming. It turns out that they invest and expand when people demand their goods and services.

So why, you may ask, would conservative economists argue that the demand for the products of American enterprises will increase only if we reduce the size of government and remove regulations that were designed to protect the public from businesses engaging in activities that are detrimental, like dumping hazardous waste in our backyard?

A sage once said, "Those who do not study history are doomed to repeat its errors."”

If we take a little trip back in time, we can see that economic pain often arises from a distinct lack of regulation, rather than too much of it. Beginning in the 1930s, for example, Congress instituted a series of regulations that limited the operations of financial institutions so that they could not engage in the dangerous speculative practices they were so fond of in the 1920s. These activities, the 1933 Pecora Congressional investigative committee found, had contributed to the financial crash of 1929 and the real estate bubble that burst with the onset of the Great Depression. The committee findings led to the passage of the 1933 Glass-Steagall Act, whose regulations restricted operations of banks and other financial institutions.

For several decades after the second world war, American manufacturing and financial enterprises thrived and grew despite operating under the regulations that were instituted as part of the New Deal and paying higher income tax rates than are enforced today. The 1950s and 1960s were part of a golden age of economic growth and prosperity. These two decades exhibited a rate economic growth that far exceeded the average growth rate for the Industrial Revolution era where there was no income tax and there were far fewer regulations.

The 1950s and '60s was an era of robust and successful big government programs that helped the economy stay healthy. Under the Republican Eisenhower administration the U.S. experienced the largest public works project ever undertaken, the building of the interstate highway system. This public works project dramatically improved the operation of the American economic system as goods could be brought to market faster and more cheaply.

The 1960s saw active big government in the development of NASA’'s program to land a man on the moon and other projects that developed many of the important technological innovations that have contributed dramatically to improving the American way of life.

And guess what? The tax rates during the 1950s and '60s still far exceeded today'’s federal tax rates. But somehow US industries had sufficient confidence to expand production and create in most years a prosperous full employment society.

After the experience of rising inflation and stagnating economic growth of the 1970s, there began a movement to relax government regulations of financial institutions in the belief that this would restore business confidence and encourage economic growth. The result of these relaxed rules governing financial institutions was that by 1989, the nation faced a savings-and-loan association system failure. For the first time since the 1930s a large number (743 out of 3,234) S&L banks collapsed and the government’'s Resolution Trust Company was created to provide the S&L industry with aid to prevent a national financial disaster.

When the Glass-Steagall Act was repealed in 1999, investment banks and depository banking institutions went wild playing casino games that helped crash the economy in 2007-'08. Most of these activities were illegal under the Glass-Steagall Act and hence could not have occurred if the regulations that had existed for more than 60 years had remained in place. The repeal of the Glass-Steagall Act, unfortunately, permitted what were called “financial innovations” such as the development of financial derivative markets and markets for credit default swaps. These intricate financial instruments were such that even many of their holders did not quite understand them. They ultimately led to the subprime mortgage crisis and threatened a global financial collapse in 2007. The federal government had to bail out the major financial institutions that were judged to be “"too big to fail.”"

This history dramatically demonstrates that when regulations that were put in place to protect the American economy and its financial institutions are removed, economic disaster is likely to follow.

And what about the textbook cure for recession -- the so-called Keynesian fiscal stimulus –that conservative economists are always denying? Will that restore prosperity?

When President Obama came into office, the US economy was declining so swiftly many were fearful that the economic situation would develop into a second Great Depression. The Obama administration managed to get Congress to permit a relatively small fiscal stimulus program. (A larger stimulus package was seen by many in Washington as causing too great an increase in the total federal debt and thereby too burdensome for future generations.) The result of the small Obama fiscal stimulus program was that the economy did not collapse into another great depression that many had foreseen. From hindsight it is clear that the size of the Obama stimulus was too small to provide sufficient stimulus to restore prosperity.

People like Professor Cowen or Mitt Romney do not understand that if we were to develop a large fiscal stimulus program around a needed national infrastructure rebuilding, we could restore prosperity and confidence in the future of the American economy and simultaneously contribute to significantly improving our future standard of living. If the federal government were to let contracts for at least $1 trillion to private enterprise to rebuild failing highways, bridges, municipal water and sewage systems, and provide resources for our shrinking public and higher education systems, the entrepreneurial expectations of continuously ringing cash registers as firms are awarded these government contracts would quickly restore entrepreneur’ial confidence. The profit opportunities made available by this large government spending program would encourage firms to hire more workers and buy materials needed from other US firms.

The number of unemployed workers would shrink substantially. When these newly hired workers go out and spend their wages to rebuild their households and lives, the confidence of US retailers would immediately surge as these additional customers were breaking down the doors to get at the merchandise on the shelves.

Perhaps someone should teach Tyler Cowen and presidential candidate Romney the basic economic principle that nothing will build confidence of business firms and workers quicker than the continuous ringing of cash registers.

And there'’s more they don’'t want us to know. The fact is that even if this large, needed Keynesian stimulus spending were financed by large federal deficits, we would not be impoverishing our children. Instead we would be investing in the future of our children by providing them with an adequate educational system so they could be qualified to take on future productive hi-tech jobs. Restoring our infrastructure facilities makes it easy and inexpensive to bring goods to market, and it allows us to have safe, sanitary living conditions for enjoying a good life. These are the things that contribute to the productivity, health and happiness of our children. Not economic fairy tales.

Paul Davidson is the author of "The Keynes Solution: The Path to Global Economic Prosperity" and the editor of the Journal of Post Keynesian Economics.