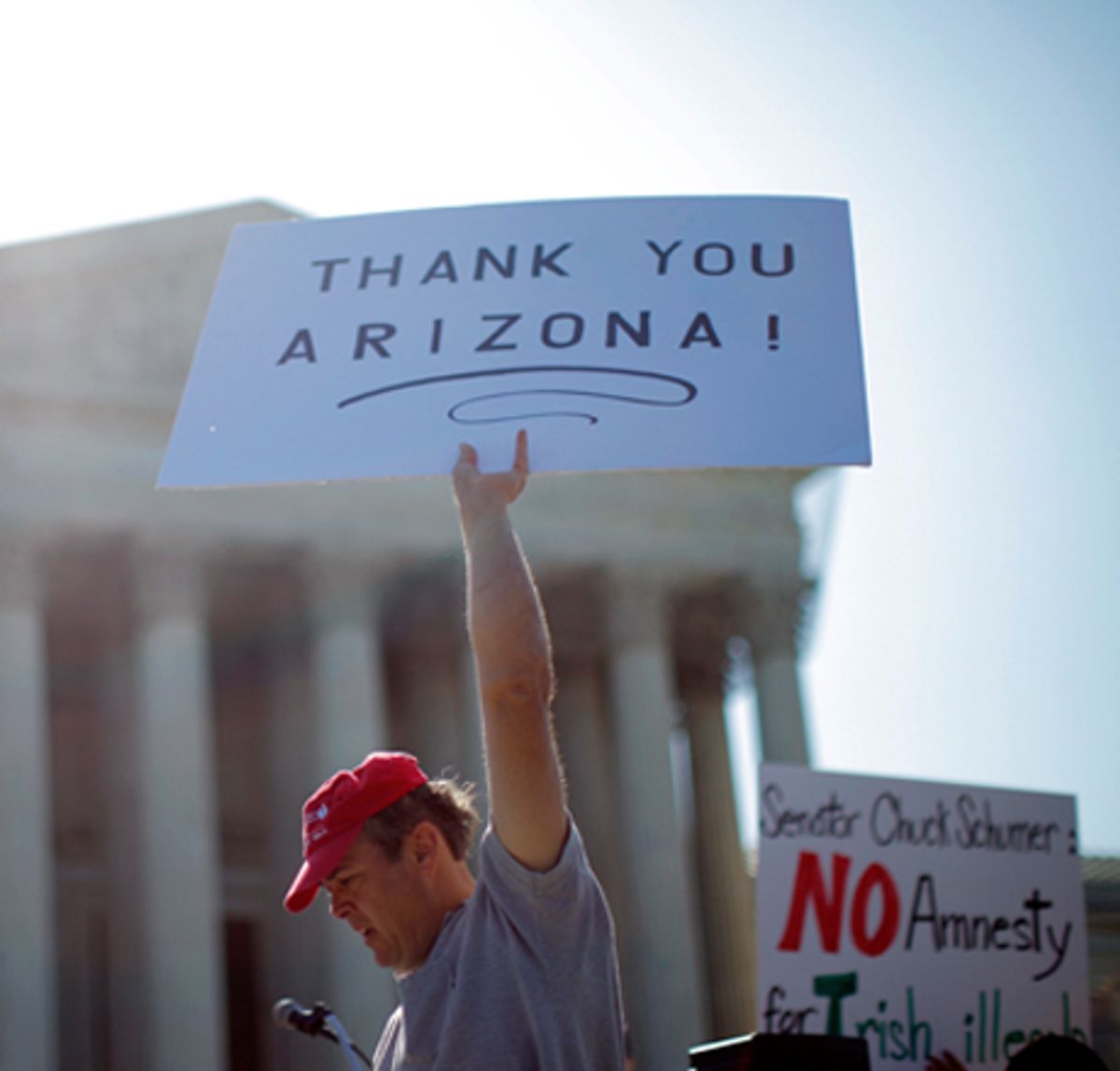 The Federation for American Immigration Reform (FAIR), the anti-immigrant hate group behind draconian immigration enforcement laws in Arizona, Alabama and elsewhere, appears to have misled law enforcement officers about a training program it’s sponsoring in Texas, Hatewatch has learned.

In an invitation E-mailed to an unknown number of sheriffs earlier this month, FAIR wrote that its “border school” had been approved by the High Intensity Drug Trafficking Area program (HIDTA), a program of the U.S. Office of National Drug Control Policy (ONDCP) that facilitates cooperation among local, state and federal law enforcement officials. A flier distributed by FAIR bears HIDTA’s official logo, and FAIR notes in the invitation that travel and lodging costs associated with the Sept. 21-22 event in El Paso “may be covered by your agency’s HIDTA funding.”

But a spokesperson for the ONDCP says that no approval has been granted.

“Any use of the program’s logo to imply support for this conference is unacceptable, and the local HIDTA director has asked for this to be corrected as soon as possible,” Lemaitre said. “Additionally, at no time have any HIDTA training funds been requested or been approved for use in association with this conference.”

A spokesperson for FAIR did not immediately respond to a request seeking comment.

The conference’s lineup includes a raft of minor anti-immigrant celebrities.

One of them is Richard Valdemar, a retired Los Angeles sheriff who in 2005 mustered on the border with the armed vigilantes of the Minuteman Project and who has suggested that blacks, Latinos and labor unions are pushing California politicians to discriminate against whites. In a 2009 article for Police magazine, Valdemar wrote, “[M]y advice to cities, counties, states, and federal authorities is, if you don’t want vigilantes – do your friggin’ job.” In the same article, he listed among “non-criminal” vigilante groups Ranch Rescue, a border group the Southern Poverty Law Center successfully sued after two of its members assaulted, falsely imprisoned and threatened two Salvadoran migrants while patrolling a Texas ranch in 2003.

Also speaking is Paul Chabot, an anti-drug hardliner and failed GOP candidate for California’s state assembly who once claimed that proposals to legalize marijuana will result in “more illegals crossing our border to facilitate the ‘pot black market’ not less. Maybe that’s the grand plan the liberals have had in mind all along.”

Scheduled to give a tour of the border is Hudspeth County Sheriff Arvin West, a publicity hound who made national news in 2010 when he told farmers in a small Texas town near the border to arm themselves and again when he arrested Willie Nelson for possession of marijuana. Also presenting will be Zapata County Sheriff Sigi Gonzalez, who with West co-founded of the Texas Border Sheriff’s Coalition (which is listed with FAIR, HIDTA, and another sheriff’s coalition as a sponsor of the conference); Donald Reay, the Texas Border Sheriff’s Coalition’s executive director; and Rusty Fleming, a filmmaker whose work is beloved by nativist extremist groups like the Minuteman Civil Defense Corps.

West and Gonzalez have worked with FAIR before. In 2006, they appeared together at an event sponsored by You Don’t Speak for Me!, which purports to be a grassroots collective of Latino anti-immigration activists but which is wholly engineered and funded by FAIR to deflect accusations of white racism.

FAIR has good reason to worry about being perceived as racist. Its leaders have longstanding ties to white supremacist groups and eugenicists. FAIR’s founder, John Tanton, has expressed his wish that America remain a majority-white population, and one of the group’s main goals is upending the Immigration and Nationality Act of 1965, which ended a decades-long, racist quota system that limited immigration mostly to northern Europeans. FAIR President Dan Stein has called the act a “mistake.”

September’s event, if it goes forward, will not be the first time this collection of speakers has gathered to conduct a border training. In June, Los Angeles’ HIDTA office reportedly co-sponsored a nearly identical conference in Rancho Cucamonga, Calif. HIDTA’s spokesperson did not comment on the LA branch’s participation in this event, of which FAIR was not listed as a co-sponsor.

Similar conferences appear to have been held in 2009 and 2010. At that time, they were co-sponsored by the “Border Sheriff’s Posse,” an evangelical group whose stated objective was to “educate prayer leaders about the reality of war on the border” and “recruit intercessors to pray for the border.” Nearly all of the speakers scheduled to appear at FAIR’s September conference appeared at the evangelical posse’s trainings, where in 2010 they shared the stage with California Pastor Jim Garlow, a leader in the Proposition 8 campaign to ban gay marriage in California who once said that “Satan” is behind the “radical gay homosexual agenda.”