The two ways of understanding his big Condoleezza Rice scoop 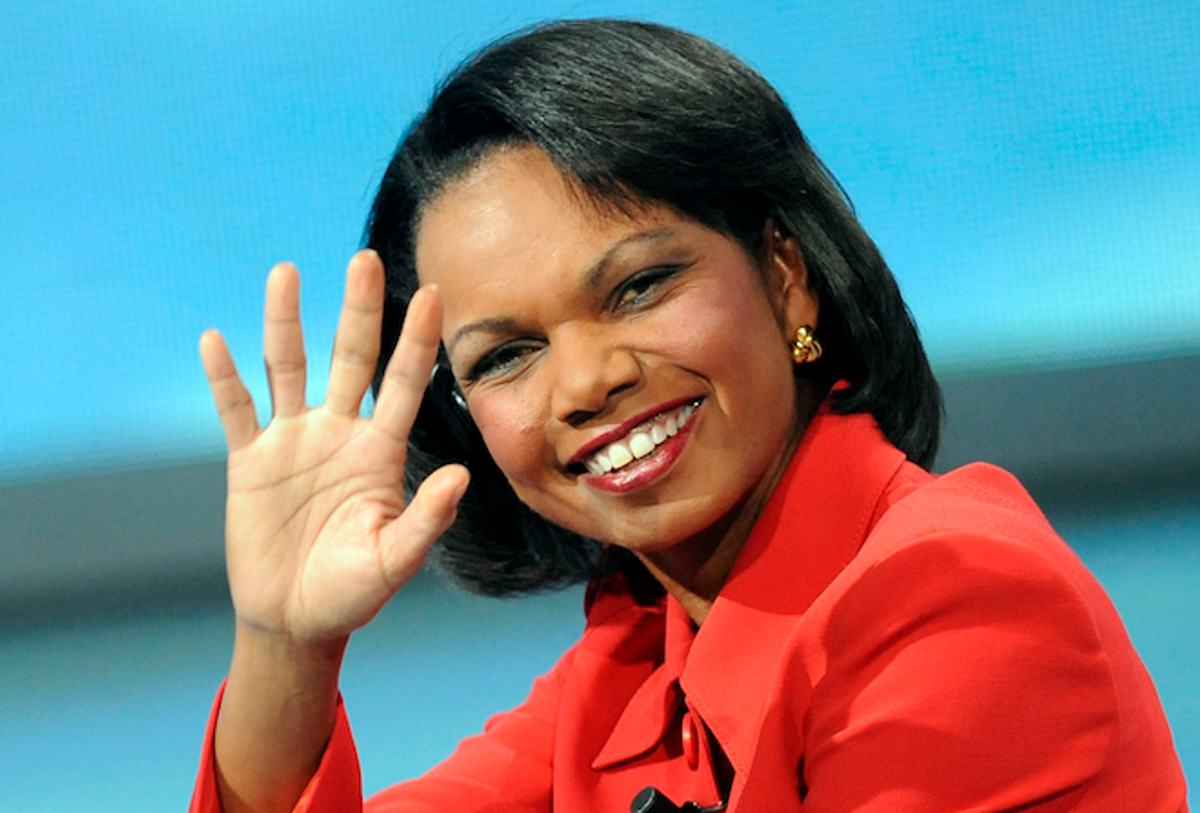 There are two ways to look at Matt Drudge’s big scoop last night that Condoleezza Rice “is now near the top of the list” of Mitt Romney’s running-mate choices.

Option No. 1: Romney, a risk-averse one-time cultural liberal who faces profound distrust from his own party’s conservative base (especially evangelical Christians, who continued to reject him during the primaries even when it became clear that he’d be the nominee), is prepared to ask Republican convention delegates to ratify an unmarried pro-choice woman who describes herself as “generally pretty libertarian” on cultural issues and whose foreign policy record from the Bush years would provide Democrats with an endless line of attacks as the party’s candidate for vice president.

Option No. 2: The Matt Rhoades/Drudge axis has struck again.

I’m going to go out on a limb and say No. 2 is the more plausible interpretation. As others have already noted, the timing of Drudge’s exclusive is its most striking feature. It’s been rough going for the Romney campaign recently, and things took a pretty dramatic turn for the worse yesterday morning, when the Boston Globe documented that Romney remained the president, CEO, chairman and sole shareholder of Bain Capital for three years after the date he claims to have left the company. So what better way to distract the political world than with a juicy bit of (supposed) Veepstakes news? And what better way to get that news out than through Drudge?

The connection between the Romney camp and Drudge has been well-known for years: Matt Rhoades, who cultivated the reclusive Drudge while serving as the RNC’s research director last decade and who has been with Romney in each of his national campaigns. In both 2008 and 2012, Drudge’s favorable treatment of Romney and frequently unflattering coverage of them was a source of considerable irritation among rival campaigns. Drudge’s all-out assault on Newt Gingrich after his South Carolina primary victory this year offered a vivid demonstration of the phenomenon.

Last week, Drudge reported that Texas Governor George W. Bush is on the verge of selecting Oklahoma Governor Frank Keating as his running mate in the presidential contest.

That was from July 2000, and it’s safe to say that Bush’s one-man search committee had his eye on someone other than Keating at that point. More recently, Drudge suggested that Evan Bayh would get the call from Barack Obama in 2008, another VP scoop that fizzled, as the Condi one will too. Unless Romney has more of an appetite than we realize for an intraparty war.