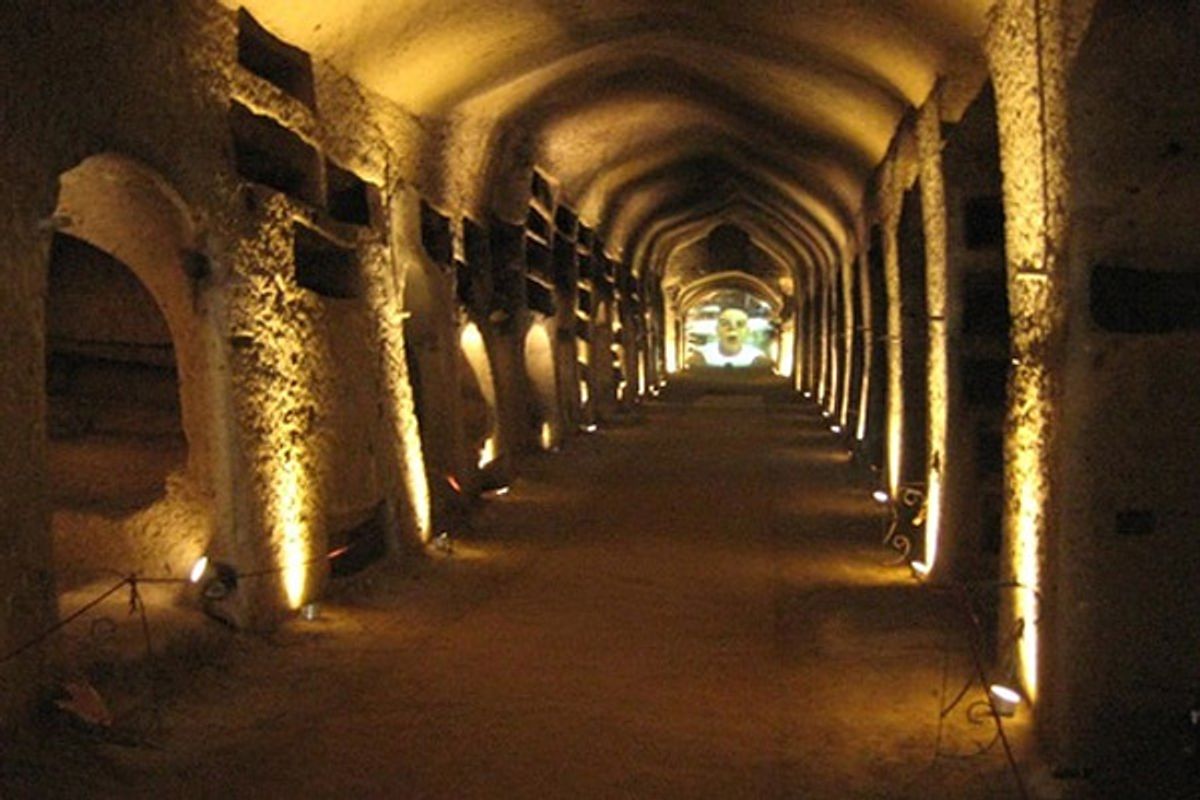 ROME, Italy — Naples may be famous for serenades such as “O Sole Mio” and “Santa Lucia,” but “La Cucaracha” may be more apt this summer.

An infestation of oversized, red cockroaches — bugs up to three inches long — is alarming local residents in some neighborhoods of the southern Italian seaport.

"They come crawling out of the drains," one exasperated resident told Italy's TM News.

"What about the children?” another man asked the TV news agency. “If these roaches land on a baby, what do you do?"

Unusually hot weather and poor sanitation have been blamed for the infestation.

Some Italian reports have accused public spending cuts introduced as the country struggles to cut its budget deficit to meet euro-zone debt targets. However, Naples' sanitation problems go back well before the euro crisis. The city has been periodically swamped by piles of trash for years, many believe because of chaotic planning and the suspected involvement of criminal groups.

The current problem may become worse. "Trying to remove them this time of year is almost impossible," hygiene specialist Maria Triassi was quoted as saying by the Il Messaggero newspaper.

"The problem could be solved with proper maintenance of drains throughout the year and especially by destroying the eggs when they’re laid in September,” she added. “But that's not being done."

Streets crawling with scary critters is the last thing the city authorities want just as the summer tourist season is reaching full swing.

They already have their work cut out for them trying to promote Naples as a romantic World Heritage listed town with a Mediterranean shoreline and views of Mount Vesuvius. Most news reports describe its poverty, rampant organized crime and uncollected trash.

"There is no cockroach emergency in our city," he told reporters. "I’ve traveled the world and seen mice, cockroaches, all sorts of bugs."

He blames northern Italian media of targeting Naples in a smear campaign. "The situation in Naples is under control while in some of the other major cities in this country stores are closing because of cockroaches," he said. "It bothers some people to see Naples doing well, to see the south doing well."

De Magistris is particularly upset about mentions of the insects that have crept into the foreign press.

After the French newspaper Le Monde ran a story Thursday describing the cockroaches as the "latest calamity" to hit Naples, he threatened legal action against anyone he said was unfairly harming the city’s reputation.

Not everyone sees it his way.

"There are so many cockroaches that walking down certain streets is like stepping on a carpet of disgusting crunchy cookies," said Diana Pezza Borrelli, a city council member from the Green Party. "We're requesting an urgent de-roaching campaign in areas that have not yet been given sufficient attention by the public administration."

The city’s health authorities met Thursday to step up anti-pest operations, and said 50 volunteers were being recruited to help eradicate the bugs. They denied reports claiming the cockroach encroachment has led to an increase in diseases.

Several theories account for the origin of the oversized roaches. Some say they were blown over from nearby islands, others that they are a tropical variety that crept ashore from visiting ships.