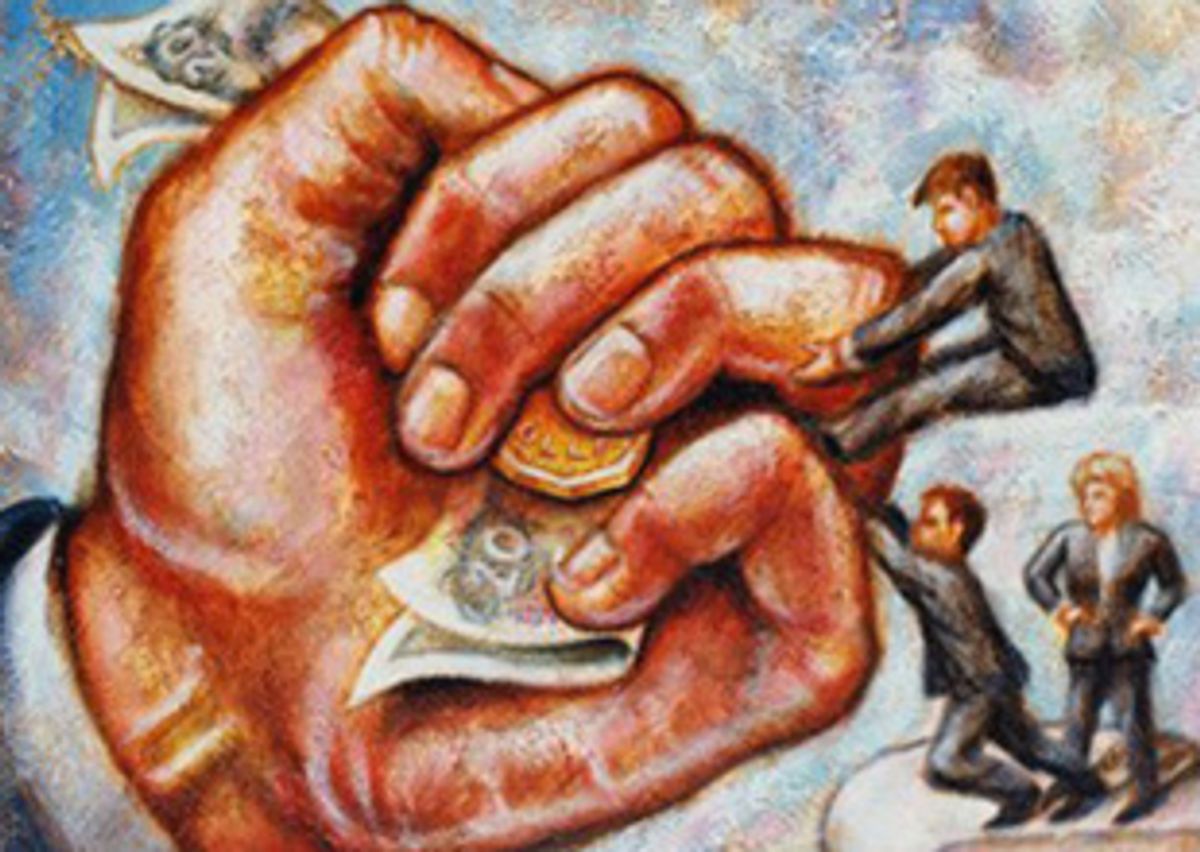 The awful experience of the Great Depression made clear to many economists and laymen alike that credit is at the heart of a functioning capitalist system. Without access to credit, many businesses die and many individuals and households run out of money and go bankrupt.

In 1932, Hoover acknowledged the importance of credit to a crowd in Des Moines, Iowa: "Let me remind you that credit is the lifeblood of business, the lifeblood of prices and jobs." He was right about the vital part credit plays in the economy. But he got a whole lot else wrong. His speech was part of a campaign of anti-foreigner rhetoric designed to insulate himself from blame for America's economic depression building on his watch.

In his Des Moines address, Hoover cited the strangulation of credit caused by "foreign countries" which "drained nearly a billion dollars of gold and a vast amount of other exchange from our coffers." The president further blamed "some of our own people who, becoming infected with world fear and panic, withdrew vast sums from our own banks and hoarded it from the use of our own people." That's why the Great Depression happened, Hoover said.

Hoover was way off about who and what was at fault. He had been told so a year earlier in 1931, when he tried to blame the depression on a lack of liquidity and proposed that the government make funds available to banks to alleviate their liquidity problems.

The response from an official at the New York Fed:

In this district, where I happen to be more familiar with the situation than in other sections of the country, the principal cause of bank failures has not been a lack of liquidity but rather insolvency caused by need for a drastic write-off in bond portfolios. In other districts, I understand, many banks are threatened with insolvency because of losses in real estate loans as well as bonds.

Sound familiar? It should. We've been dealing with many of the same problems in the current banking era.

During the Great Depression, Hoover just let the big financial institutions go under, causing credit to contract much further. That mistake has taught us what mass bank failures can do and has conditioned us to avoid them. Unfortunately, we have made our own mistake this time around. Like the banks of the earlier era, today's banks have risked insolvency because of their reckless real estate loans and bond exposure. By perpetrating the Great Bailout, we have allowed our largest banks to escape any repercussions for their recklessness and get off virtually scot-free.

Apologists for the status quo like to pretend that our economy allows anyone who needs and deserves credit to get it. But after the bust, it all feels so arbitrary for most people, like a roll of the dice whether you get access to credit or not. And almost all of the bailout money has gone straight to these very same big banks that created the crisis for fear of another Great Depression like the one Hoover presided over.

Credit is indeed the lifeblood of business. Modern economies can't work without credit markets. But when they are opaque, dysfunctional and corrupt as they are now, it can only lead to economic disaster, as we have witnessed over the past five years. Worse still, there is no assurance that we are through the worst of it, either in terms of financial scandal or economic damage.

The question, then, is what we should do about it. If we want to keep the American democratic system and a form of capitalism alive and functioning well, we will need to make changes to our credit markets.

As I see it, our economic system and our democracy are both based on upholding and safeguarding individual liberty -- the innate and natural rights we all have. And so to get our credit markets back to some modicum of normalcy and respectability, we should start there. Over the past few decades, we have been leaning the other way. An ideology has seeped into every corner of American life which says corporations are just like individuals, with the same innate, natural and inalienable rights to liberty as real living and breathing human beings.

I'll give you an example I like to use. Say I'm walking down the street and I see this store and I am thinking, "They have Kettle Korn? Wow, I love this stuff. Let me get some." The problem: The owner of the store wants no black people inside. That's his policy. This isn’t a government policy since discrimination based on race or ethnicity is illegal in the United States. But, this business owner doesn’t want blacks in his store. So when I enter, he tells me to leave because I am violating his store’s "liberty." I would argue that my individual liberty trumps his business liberty. A corporatist would say that the business owner can do as he pleases.

I have called this false ideology, "Corporatism masquerading as Liberty," because it is a sort of crony capitalism steeped in the language of liberty that some are using to remove the protections we have built up to uphold and safeguard our individual rights. The goal of this corporatism is to give corporations the sorts of liberties that permit them to use their size, influence and money to tilt the playing field to their advantage. Absent any kind of regulatory oversight, these behemoths can run roughshod over individuals, trampling their rights and liberties in the process.

The burgeoning LIBOR price-fixing scandal is just the latest example of how out-of-control our credit markets have become because of this false notion that subjecting corporations to regulatory oversight is bad. LIBOR was supposed to be a way of figuring how much banks have to pay to borrow from each other based on daily price quotes from a group of the world's biggest banks. This is the very core of our credit markets. And it affects everything from private students loans to variable rate credit cards. But after Lehman Brothers went bust, banks started submitting "fake" numbers for fear that "real" numbers would make them look bad. Apparently everyone was doing it. Recently, the scandal caught up with British giant Barclays, which was forced to pay a fine for its misdeeds. Many more banks will be found out for manipulating LIBOR interest rates before this is over.

Think back to the Great Depression. What we lost then and now and what we need to regain is trust. To be frank, I don't know how we can win that trust in our system back. But, when it comes to credit markets, I know where we can start.

First, we need to make sure there are no more bailouts. While the bailouts have prevented a Great Depression for now, they have engendered a deep sense of cynicism and resentment which has negatively impacted credit and growth. Second, we need to know that our largest financial institutions are well-capitalized enough to withstand large economic shocks. Without this knowledge, no one can separate liquidity from solvency -- exactly the problems banks had during the Great Depression. Third, we need to enforce regulations through sound regulatory oversight and civil or criminal penalties. Self-regulation is a pipedream promoted by corporatists. And we see that time and again where regulations are not enforced, financial institutions turn to excess that leads to panic and crisis.

Doing these three things will not magically turn our economy around and get credit flowing again. But these steps are essential to restoring trust in our financial institutions and government. Restoring that trust is the first and most important step in getting our credit markets to work the way they are supposed to -- in a way that enhances and insures our individual liberty, rather than the false privileges of corrupt financial institutions.

Edward Harrison is the founder of the Credit Writedowns blog.