I grew up in a Republican household that revered George W. Bush. Then I started working for a Democrat 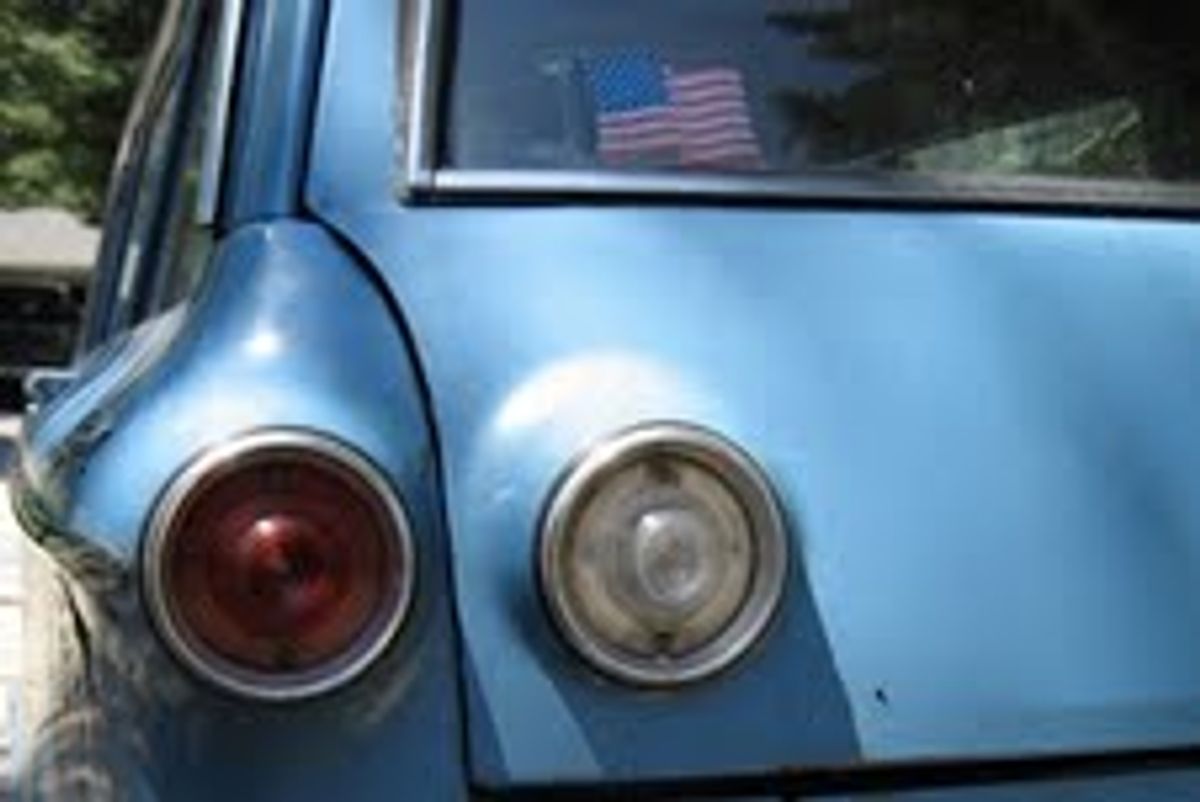 I think it was the bumper sticker that did it.

My parents have always been Republicans. Well, technically, my mom was a registered Democrat up until a few years ago, which she maintains to this day was a mistake of her wayward youth — kind of like tie-dye and that afro in her wedding pictures. We grew up on the gospels of Matthew, Mark, Luke, John and Dubya. Not everything the Republicans said or did was right, of course. No one's arguing that. It's just that, well, they had divine providence on their side more often than the Other Guy, and they weren't caught sleeping with the interns, the movie stars or their wives nearly as often.

I grew up on Rush Limbaugh and his local counterparts, all of whom made a living insulting That Liberal Rag, colloquially known as the New York Times. When I needed community service hours for a religion class in high school, my parents hooked me up to work the phones for some local GOP faves. Keeping the good guys in office, dontcha know.

It wasn't until I went to college that I realized the dial also swung left and, much to my surprise, so did I. That's the funny thing about growing up surrounded by one political opinion: You don't know you've had blinders on until someone shucks them off.

I didn't become a dyed-in-the-wool Democrat, although the people I began to surround myself with all listed portside. Once I had a wider audience of friends to choose from than what had been offered by my hometown Catholic high school, I found others who questioned that which I had always been taught as gospel. Musicians. Writers. Artists. Actors. All of them swilling champagne in the college pub the night Obama got elected.

When I was offered an internship by a Democrat the summer before my senior year, I had to laugh when my new boss asked me if I had a problem working for a Democrat.

"You've campaigned for a lot of Republicans," I remember her saying, raising her eyebrows at me across her desk. "What do you think about working for a Democrat?"

Ten minutes later, I had the job.

I spent the next three years, on and off, working for her in both a government and a political capacity. During the day, I helped manage her PR in her county position; after work and on weekends, I ran portions of her congressional campaign. My parents mostly looked the other way.

"She's a good lady," they would say when I talked about my boss. "I just hope she sticks to her principles and doesn't toe the party line."

They shook their heads when she appeared in the news touting something they didn't like. When she left her county role to assume a congressional seat, they pressed their lips together the same way they used to when I got a bad grade in school or a poor report from another parent after a sleepover. They were dissapointed, but not devastated.

When I left politics for a job as a reporter in a small conservative town nearby, I think they were relieved. There, I would be surrounded by people like us. People like them. My boss is a conservative Christian, and if there are any other liberals in our office, they're as quiet as I am. And I am quiet. But there are some things that I think are worth sticking up for.

"So, I got this in the park today," I said casually, tossing the yellow = sign on the countertop. I had signed a marriage equality petition in the park, and the friendly canvasser had given me a bumper sticker for my efforts.

"You're not going to put that on your car," my dad said. A statement, not a question.

"Don't come crying to us when your windows get smashed in," offered my brother. A staunch Catholic Republican with an iron will and even stronger opinions, he had fallen in step with my parents years before.

The discussion that followed was both longer and less eloquent on both sides than would be fit for the Internet's consumption, but it showed me that the divide between my politics and my immediate community's was not only wider than I thought, but cancerous. Their message was clear: I could work for a Democrat as long as I didn't hold with her views. I could go to school and join the GSA instead of the Young Republicans, but putting a bumper sticker on my car was proclaiming myself to be a part of something Different. It was a coming out of sorts, an ownership of an identity they hadn't helped me form and therefore couldn't condone.

We agreed to disagree that afternoon, and the bumper sticker lives in my desk drawer to this day because I know what's important to me. I don't hold my political opinions like a sword, ready to skewer anyone who feels differently. More often than not, I change the topic rather than engage in heated debate over something that neither party is going to concede. I pick my battles, in other words, and politics doesn't happen to be one of them. I won't be watching the debates. I will read the news (and from a variety of sources), but I won't discuss it. Why?

That which does not unite us divides us. Politics turns families inside out. It hurts me to know that those I love more than anything disagree on such fundamental issues as marriage equality, health care, immigration, some environmental issues and tax reform. It hurts even more to know that the pervasiveness of politics this time of year is likely to draw us further apart than ever. I am more than the sum of my beliefs. I have to think that they are, too.

The secret's out, and it's not going back in anytime soon. I'm not a member of the Grand Old Party and probably never will be. That doesn't make me any less of a person, nor does it make my Republican relatives the spawn of Satan. (Although the jury's still out on their buddy Rush.) But it does make me quieter at family dinners, reunions and office lunches. I will share my opinion when asked, but I won't fight it to the death of our friendships. I value those more than any spot on a ballot.