Sderot has been on the receiving end of thousands of missiles over the years, but can be a nice place to live 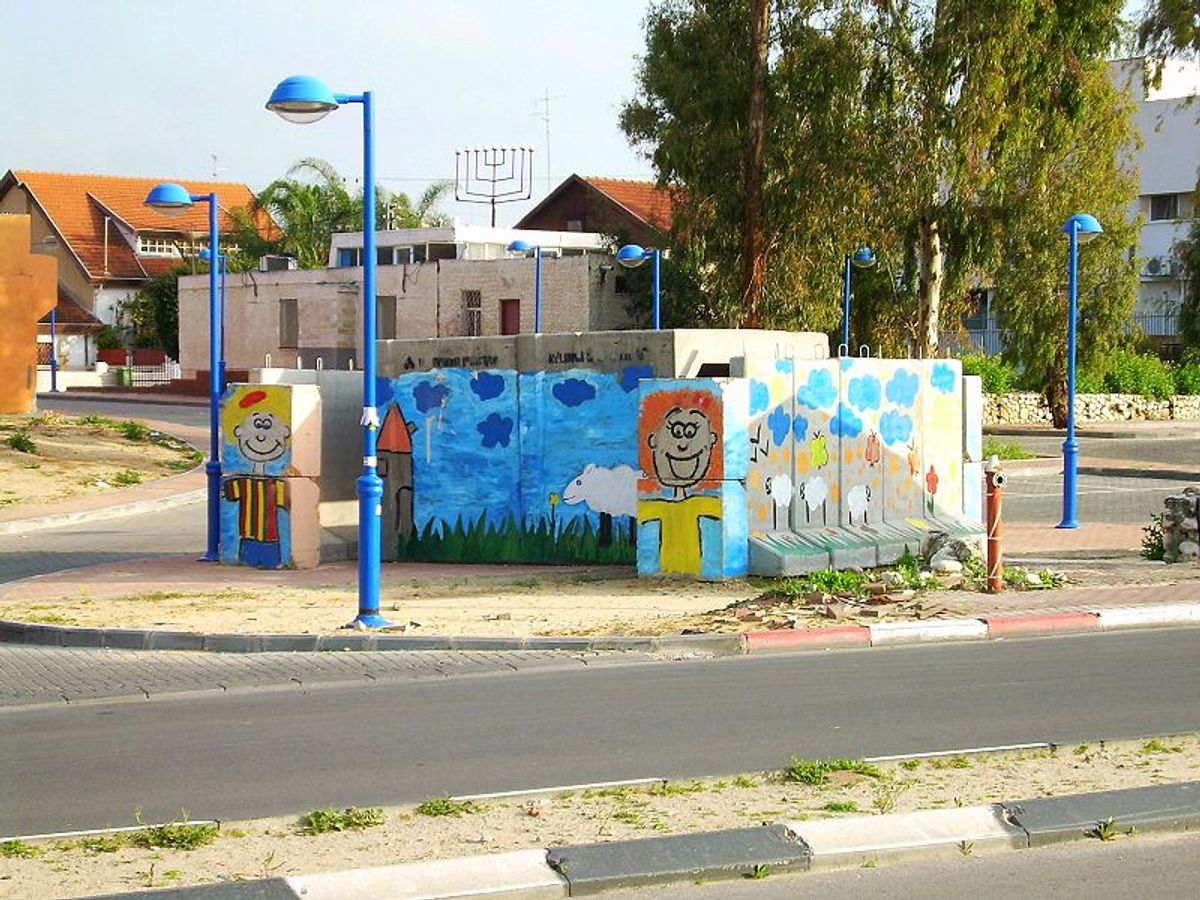 SDEROT, Israel — Amid more bombastic Middle Eastern news, it is easy to forget that the rockets and missiles keep falling here, often on a daily basis.

While Israelis were distracted by political machinations in Jerusalem this week, several rockets fired from the Gaza Strip hit rural areas in the vicinity of Sderot, a city that has come to symbolize the decade-long rain of projectiles. It is a modest, dusty town in the Negev desert that has been on the receiving end of thousands of explosives launched from Gaza over the years.

More than 400 rockets and missiles have been lobbed into southern Israel so far this year alone. But the bombs, it seems, don't keep people away.

Sderot has become an unexpectedly popular destination, despite the sound of muted explosions in the distance. People come from near and far to take part in what has proven to be a most surprising and breezy, bohemian air about town.

To be sure, it's not the first image that comes to mind while visiting Sderot's police headquarters. On the asphalt patio around back, racks full of detonated missiles are on display. They are color-coded, some red, others blue, black for Al Qaeda, green for Islamic Jihad. As extremist Salafi groups gain ground in Gaza, those signed in black and green have been piling up.

When launched, these missiles sweep over the half-mile of airspace that separates Gaza from Sderot in a rainbow of identifying hues.

The rockets themselves are hardware-store marvels, improvised from pipes sent to Gaza from Israel for the purpose of construction projects, fertilizer, sugar and homemade TNT. Small wings are soldered to their ends, and the contraptions are sealed off with remarkably sturdy cement plugs.

Some of the spent missiles are recycled for civic purposes, like the sculpture of a boy at his drums in a rotunda in a prosperous area of town. His head is crowned by a whimsical afro, each strand contrived from the twisted remains of an exploded missile.

In the past eight years, 11 of Sderot's 22,000 citizens have died as a result of direct hits, and hundreds have been hurt.

Natives of Sderot discuss Gaza familiarly, as if it were a neighborhood across the street, which, in some aspects, it is: Gaza — which is wedged between Egypt's Sinai desert and the Negev desert in Israel — can be seen from some city junctions.

While Gaza remains the principal source of concern for southern Israelis, Reuven Erlich, the head of the Intelligence and Terrorism Information Center in Israel, sees a growing risk of violence coming from Egypt now as well.

Growing instability on the Egyptian side of the Israeli-Egyptian border, where the new Egyptian government exerts little control, led Israel on Wednesday, for the first time, to install Iron Dome anti-missile batteries along its southern border, near the Red Sea resort town of Eilat.

"In Gaza, you know who's in charge," he said. "In the Sinai, right now you have no effective address. The Egyptians cannot prevent the killing of an Israeli on the Egypt-Israel border. It's not that they're not trying. But you have a vacuum of leadership. "

Sderot is too close to the Gazan border to benefit from Iron Dome, which Israeli officials credit with destroying, mid-flight, more than half the rockets sent into Israel in the past year.

As a result, in Sderot you don't hear the roar, like an airplane taking off, of the missile defense units. Instead you hear the code "Color Red" blasted on a city-wide loudspeaker system followed within seconds by a dull thud. Literally, seconds: Sderot is the only locality in Israel in which wearing a seatbelt is prohibited; because the time it takes to remove it can cost your life.

There is something battened down about this place — something hushed even for a small, battered town — that makes it unsurprising to learn that Sderot has inspired many balladeers. So many of Sderot residents have found success in the arts that the town has been compared to Liverpool in the 1960s.

One of these sons of Sderot, the Israeli poet Shimon Adaf, wrote: "It took me 20 years to love/this hole in the middle of nowhere."

While its urban center is dotted with bomb shelters the way other cities are punctuated by cafés, thanks to the arts, the dreaded and redolent structures are also sources of wonder.

An organization called www.artists4israel.org has dispatched painters to doll up the shelters so that walking around the quiet streets of Sderot has the feel of a summer festival.

If you can put the missiles out of your mind, says Tomas Lee, a 21-year-old Welshman living in Sderot for the past two years, there's a lot to like in town. For example, the boulevards lined by flame trees, with their garish red flowers and feathery hanging leaves, and the sea.

"There's a lot of green, a lot of trees. We are not far from the beach and only 40 minutes from Tel Aviv. Rent is affordable. The people are warm and open," he said.

Lee works as a city docent for the Sderot Media Center, a nonprofit that emerged to try to "generate global awareness and empathy" for the predicament of Sderot.

A few weeks ago, Tirza and Benny Oren, were celebrating Benny's 50th birthday and preparing for the wedding of their oldest child over a dish of hummus at a trendy joint near Sderot center. They come into town several times a week for errands, doctor's appointments or shopping.

Like almost everybody here, they know someone who was killed: Jimmy Kodshim, who was hit as he watered his garden. They know dozens more who were wounded. Her husband said the conflict does not keep him up at night. But Tirza, a middle-school teacher, feels the burden of great responsibility, physical and educational, over her wards.

"It is so hard to teach them the complexity of our situation. If you ask my eighth graders, they'll just tell you they hate Arabs," she said. "I didn't grow up with that kind of hatred. And we can still remember going to Gaza for the beach, or to shop, and the Gazans coming here."

Her students know nothing of this. "You spend an entire year talking with them, slowly, over a long period, about who are the Arabs, Israeli Arabs, Gazan Arabs, foreign Arabs. It is very hard for them to differentiate or to grasp the intricacies," she said.

Michal Eliav, 54, an English teacher, moved to Sderot four years ago after years in which she lived in Be'er Sheva but yearned for life in a small desert town.

"Sderot was always so nice," she said. "And I wasn't about to let Hamas decide where I live!"

Even if that meant moving to "a place with bombs."

"You know," she said, "you never really hear people talking about bombs here. Or people expressing hatred. I think there is a feeling that our suffering is in common with the Gazans. Toward their politicians, maybe. But you have this feeling they don't represent the people any better than ours do."