Learning to stop worrying and to love the fiscal “cliff” 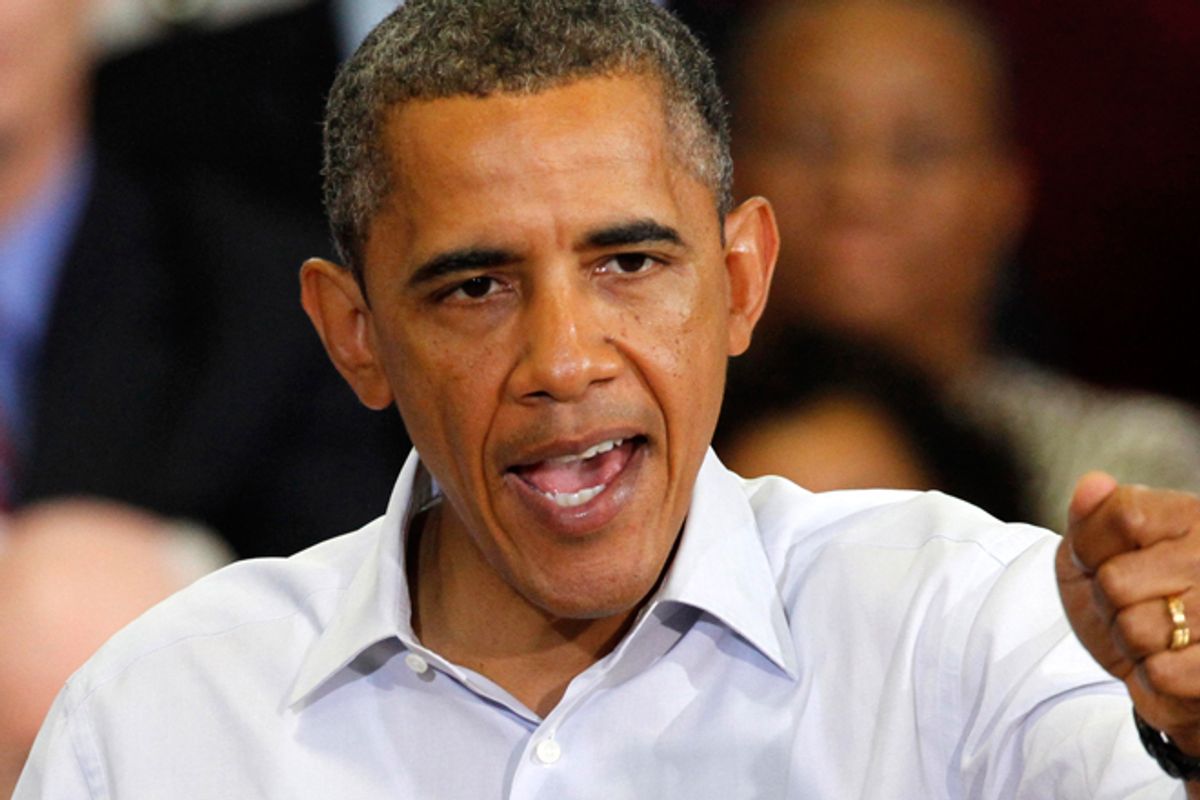 The legislative fight over the future of the Bush tax cuts won’t really begin until after the election, when Congress convenes its lame duck session. But President Obama and top Democratic leaders are – at least for now – acting like they have the stronger hand.

Obama made his position clear two weeks ago, calling for the Bush-era rates to expire on income over $250,000 for families and $200,000 for individuals. Since then, Democrats have mainly, if not entirely, unified around his position. Nancy Pelosi and Chuck Schumer, for instance, have both backed off their previous call for the rates to lapse only for income over $1,000,000, and Harry Reid is promising to push for a Senate vote on Obama’s plan in the coming weeks.

The new twist today involves the so-called fiscal cliff at the end of this year, when a series of tax hikes and spending cuts will be triggered unless Congress and the White House take some intervening action. According to reports in Politico and the Washington Post, top Democrats are putting out the word that their party might be willing to let Dec. 31 come and go without an agreement. The idea, which Patty Murray, who is chairing the Democratic Senatorial Campaign Committee, will outline in a speech today, is that Democrats might actually have more negotiating leverage this way.

Look at it this way. Opposition to tax rate increases has been unanimous among congressional Republicans for more than two decades. The GOP’s congressional ranks are basically divided into two groups: (1) committed anti-tax absolutists and secret pragmatists; and (2) those who aren’t actually true believers but who are terrified of the primary challenge that would result from approving of any tax increase. So even if Obama wins re-election this fall, this resistance probably won’t wilt right away; for reasons of ideological devotion or self-preservation (or both), Republicans will probably come to the lame duck session insisting that any deal that doesn’t extend the Bush rates for everyone is a de facto tax increase.

But if no deal is reached and the Dec. 31 expiration date passes, then all of the Bush rates will automatically expire and everyone’s taxes will go up. Presumably, this would receive considerable attention from the media and a loud outcry. At that point, Obama’s plan, which would extend the Bush rates for 98 percent of Americans, might be a very different political proposition. Republicans would feel enormous pressure to avoid being blamed for a middle-class tax hike and, with the rates officially expired, they wouldn’t be voting for a tax hike if they went along with Obama’s plans. As Murray will apparently point out today, after Dec. 31, “every proposal will be a tax-cut proposal.”

This doesn’t mean Democrats have decided to go over the cliff. But it does show that they recognize the Dec. 31 automatic expiration gives them leverage. So, for that matter, does the $550 billion in automatic Pentagon cuts that are also scheduled to be triggered in January. If Democrats can convince Republicans that they really, truly aren’t afraid of going over the cliff, it becomes much more plausible that Republicans will engage in serious discussions and make serious concessions during the lame duck session.