When you can't afford your kids 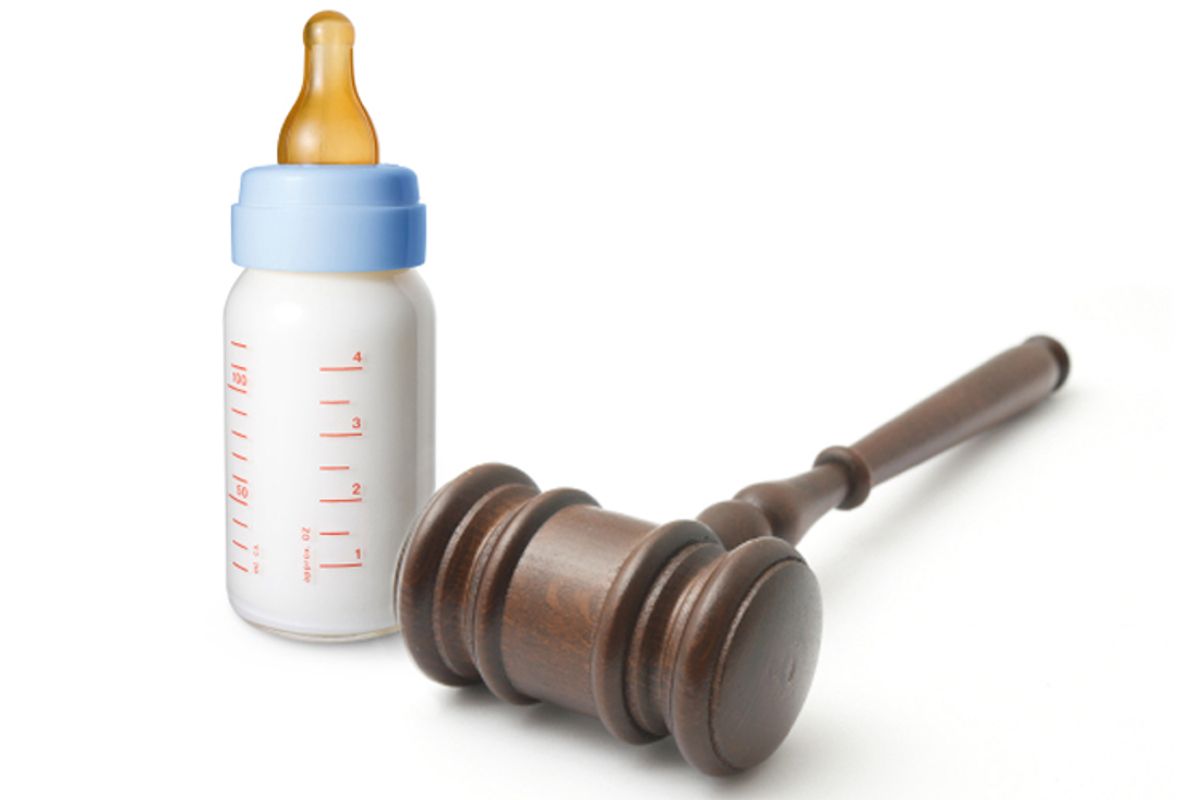 Helping highly educated women have it all is a hot topic, from Anne-Marie Slaughter’s Atlantic article, to Amy Chua’s book about Chinese child-rearing Tiger Mothers to Pamela Druckerman’s ode to French parents. The blogosphere is on fire.

Missing from this discussion is the plight of working-class women to have it at all.  Since the Great Recession, a larger portion of adults worry that they cannot afford children. Doing so often requires a stark choice between jobs essential to the family’s solvency or adequate supervision of the young. The class contrasts are wide and growing starker.

The lives of upper-middle-class women have been remade to make two high-profile careers the norm. Sociologist Paul Amato and his colleagues found that those with the highest marital quality were the upper-middle-class, two-thirds of whom had dual-income marriages (Alone Together, 2009). The others have husbands with six-figure-plus incomes.

These couples marry and have children later.  When they do, the marriages are more stable and partners tend to be more supportive of each other’s work needs. The men and women have made it into high-status positions with more flexibility in scheduling work activities, and they have the resources to supplement parental time with high-quality caretakers. If the women (and increasingly many of the men) must give up the gold ring – the career-capping position that includes ultimate power, status or income – to meet their families’ needs, they can still achieve the good life and manage it well.

In contrast, working-class women are in a bind. Relatively few can find husbands earning income sufficient to support a family even in meager circumstances. And working-class male employment has become more subject to downsizing and layoffs even when the pay is adequate. Moreover, with the majority of new jobs coming either in small business or services, the employers may have less flexibility in accommodating children’s school schedules or unanticipated child care and health emergencies than large employers and professional offices. The result makes the class divide in finding family-friendly workplaces a chasm.

First, college-educated women are more likely to enjoy greater job security and benefits such as family and medical leave. The U.S. Census Bureau reports that almost two-thirds of new mothers with a college degree or higher received any kind of paid maternity leave, compared with less than one-fifth of those without a high school degree. In addition, women with less than a high school education were four times more likely to be let go of during their pregnancies or within 12 weeks after the birth of their first child than were women with a college education. (See Table 7 of the report).

In part because they enjoy more flexible workplaces but also in part because the price of leaving the workforce is so high in terms of income loss and harm to career advancement, middle-class women have become much more likely to remain employed after giving birth. According to the Census Bureau, 28 percent of women with less than a high school degree worked during their first pregnancies, 70 percent of those with some college, and 87 percent of women with a college degree (or higher) were in the workforce.

Growing class-based differences in the cognitive investment in young children make these differences not just a problem for the parents, but for the life chances of the children. Despite their greater workforce participation, high-income mothers report spending as much time with their children as the mothers of a generation ago, and the fathers spend more time. “Helicopter” parents closely script their children’s activities as they schedule soccer practice, piano lessons, tutoring, and other activities, and juggle nannies, car pools and two-parent chauffeuring.

In contrast, working-class children are more likely to be left on their own or in the care of an unreliable cast of friends and relatives. They are more subject to the negative influence of dangerous streets and poor role models, and more likely to attend inadequate schools where parent involvement is more critical to educational success. Princeton professor Sara McLanahan observed that the class-gap in resources that comes from differences in family stability, income and parental time spent with children has increased dramatically over the last 40 years.

So, too, has the achievement gap. As Harvard’s Robert Putnam (the author of Bowling Alone) recently pointed out at the Aspen Ideas Festival 2012, there is an increasing class gap for children in the time spent with parents as well as in enrichment expenditures, and he concluded that the “bottom line” shows “growing class gaps among American youth in all predictors of success in life.”

Remaking workplaces to accommodate families should be the ideal, but in today’s marketplace such proposals are likely to exacerbate class disparities. Instead, we should rethink family support at the societal level. Separating health care from employment through Medicaid expansion or insurance exchanges would allow employers to be more flexible in designing part-time employment, and allow parents to cycle in and out of the job market without losing healthcare benefits. Redefining unemployment assistance to include parents temporarily out of work because of family obligations would make it easier for families to manage without placing additional burdens on marginal employers.

On a longer-term basis, real solutions include extending state-funded preschool education and affordable child care and better coordinating the school day with parent’s working hours. All three proposals have the added benefit of addressing the cognitive development of the most at-risk children.