Vernacular signage is a joy

Put on a happy face 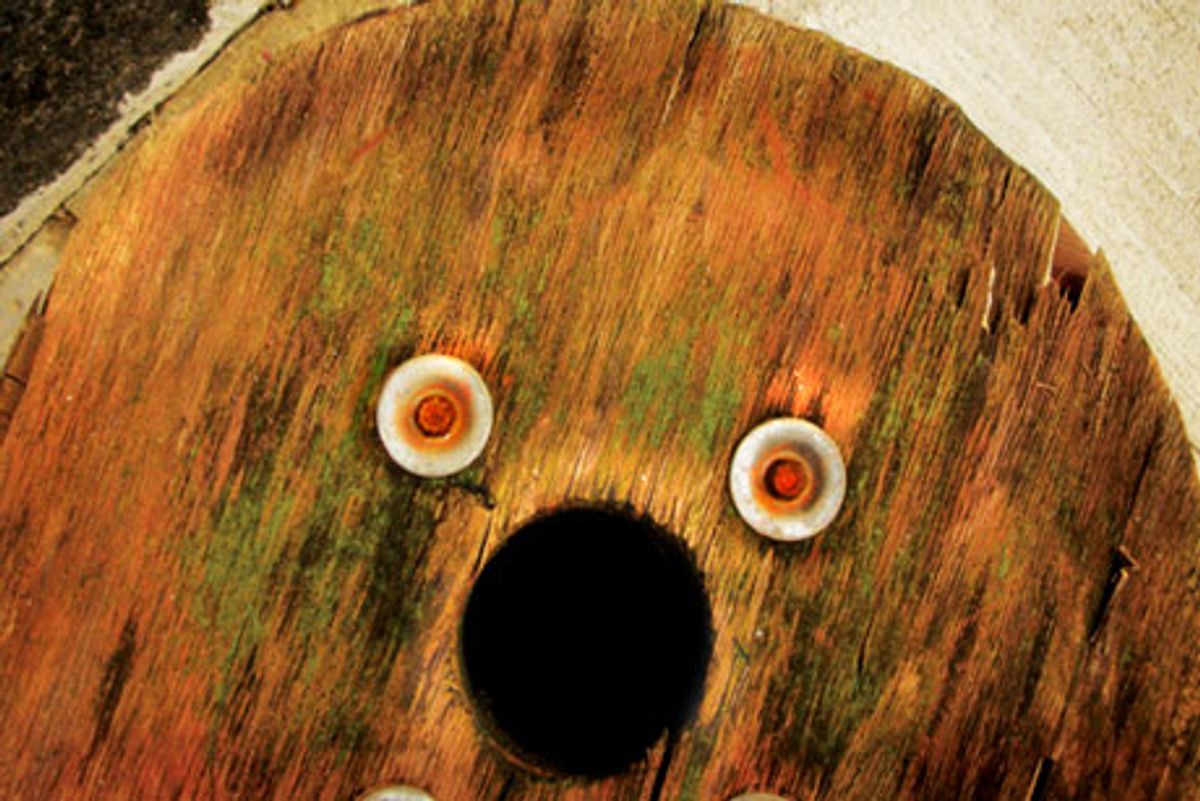 I’m easy. Okay, not easy like that—you people and your dirty minds. Vernacular signage makes me happy, and so do objects that have been accidentally anthropomorphized. Not long after seeing an upside-down mop in my driveway turn into a smiling woman with gray dreads, I stumbled upon Ner Beck’s small show up at the New York Public Library. It made me happy.

I know this isn’t breaking news. Lots of people take pictures of street scenes that turn into grinning Martians or crying babies. But there was something about Beck's little library show that made me feel all warm and fuzzy. Perhaps I was charmed by the titles of the pieces, or by the coincidence of Beck also being a fellow graphic designer. But I think it was the fact that looking for these wonderful moments on the streets of the Upper West Side was something that Beck makes a point to do every day.

He continues: “Today, face-finding has become a worldwide obsession with amateurs and professionals alike. In all my exhibitions, the reactions have been wonderful and encouraging. So many people have left me comments that the images make them smile or laugh. Many people, including children, have said these pictures have taught them how to see ordinary things in a different way.”

I asked Beck if he’d considered creating a book or a blog, but he says, “The most rewarding part of the project is my interaction with the public.” That made me happy, too.

.
Aspiring photographers can find numerous resources at MyDesignShop.com—from the book Creative Careers in Photography to an MP3 of Julieanne Kost's presentation on the art of digital photography and creative thinking.