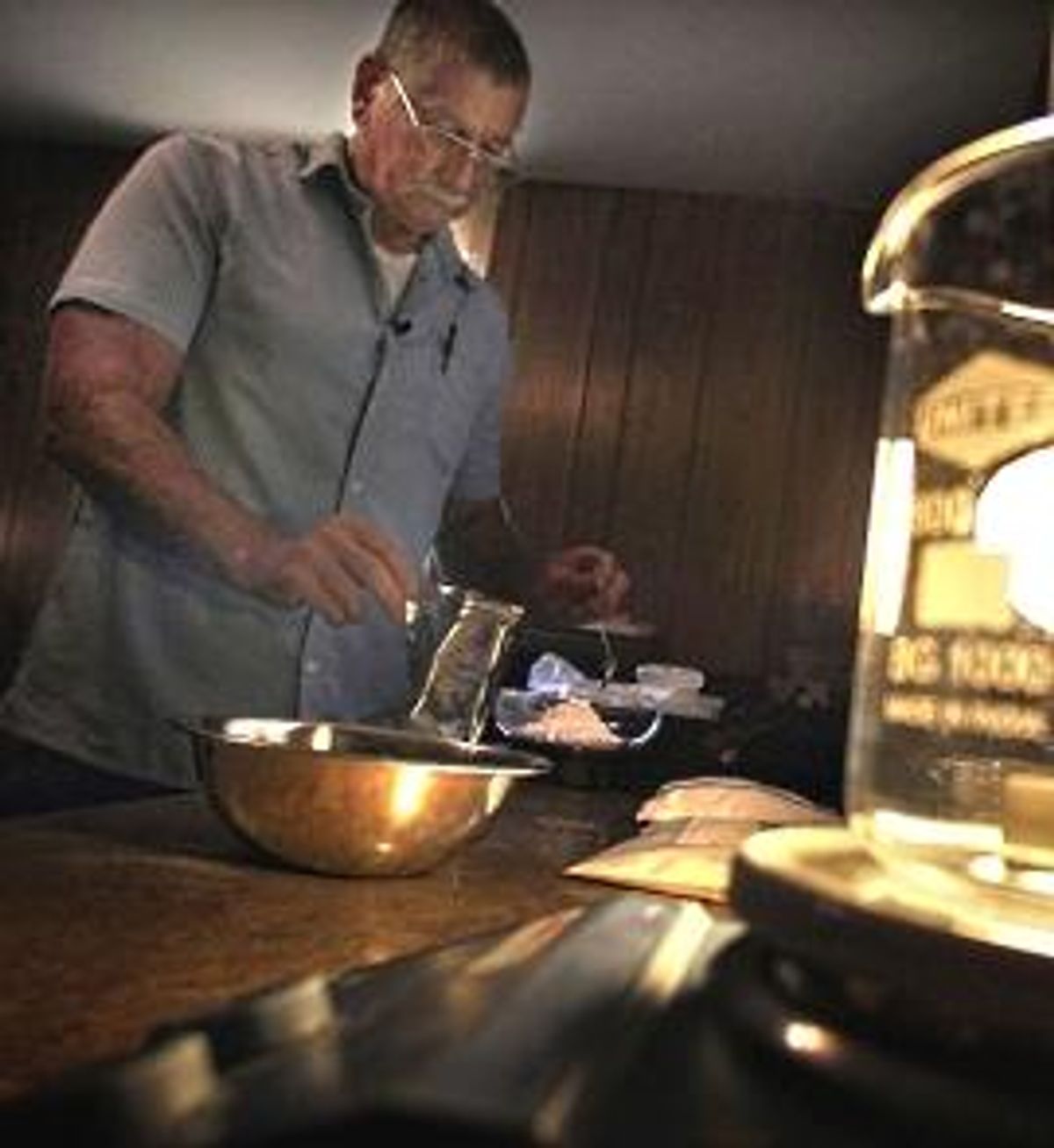 How do you test for a drug with an ever-changing chemical composition? That's what Dr. Harry Leider, Chief Medical Officer of testing company Ameritox, is trying to figure out. His target? “Bath salts”—the drug type that made a big splash with the story of Florida's"causeway cannibal." (Although we've since learnt that the face-eater wasn't on bath salts, the task remains tricky.) “Legal highs” are sold in little packets labeled “bath salts” or “plant food,” but don't try to use it as either of those—the only active ingredients are synthetic cathinones, chemically synthesized drugs meant to mimic the effects of methamphetamine.

Testing (and making laws) for bath salts is a game of chemical cat-and-mouse. The problem is, according to Dr. Leider, that they aren't that difficult to synthesize or modify for anyone who has some knowledge of chemistry, and these “street chemists” stay one step ahead of lawmakers and enforcers simple by shifting the elements in the compounds a little. Despite the challenge, Dr. Leider is fighting to keep bath salt detection on pace with street chemists' modifications via a two-pronged approach: “We have a couple different methods—actually buy the substances and develop technology to detect them as they emerge, which is a hard thing to do,” he explains to The Fix, “and another way is our specialty lab where, with the size and scope of Ameritox, we test thousands of specimens a day from doctors.”

“It's like a battle,” Dr. Leider tells us. But it's a battle he thinks can be won with a “concerted effort on multiple levels”: the DEA, doctors and insurance companies. The DEA, he says, needs a faster way to outlaw drugs by class, rather than by substance. As of now the agency is behind Dr. Leider's labs—Ameritox tests for eight different strains of bath salts, but the DEA has only declared three of them illegal. Doctors must also be trained to identify patients suffering from bath salts' side effects and be able to report if there's an outbreak in the area. And insurance companies must also be encouraged to foot the bill for drug screenings. Last, but not least, is educating the public about the dangers of bath salts. “It's a real dangerous category of drugs—potency varies from packet to packet and it's not regulated in any way,” says Dr. Leider. “Many people think because something is legal, it's safer.”