Can Brooklyn gentrify the right way?

Development has brought jobs and construction to downtown Brooklyn, but some communities feel ignored 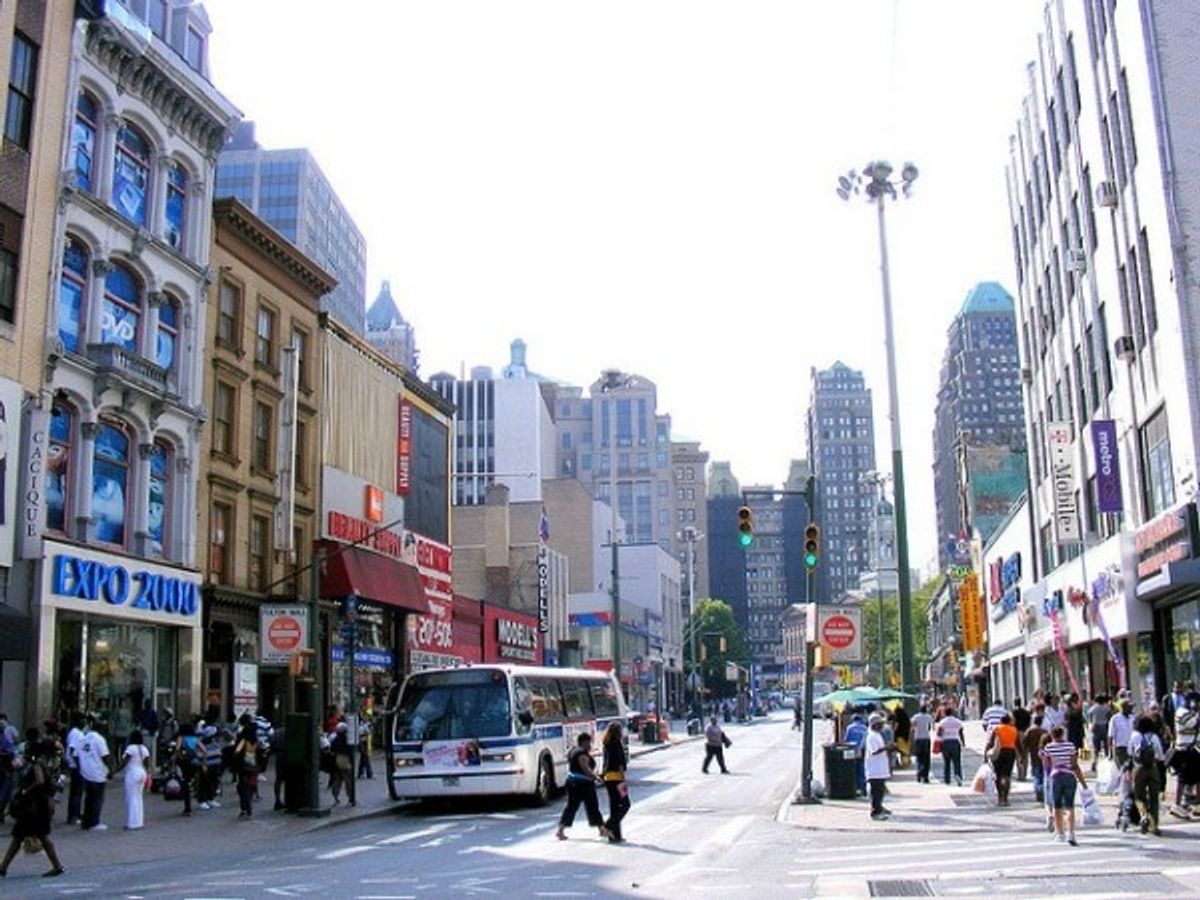 When Jay-Z takes the stage to open the Barclays Center in downtown Brooklyn this September, the show will be more than a homecoming for the hip-hop superstar from the borough’s Bedford-Stuyvesant neighborhood.

The christening of the arena, part of the Atlantic Yards complex under construction between Atlantic and Flatbush avenues, will mark a milestone in a transformation of downtown that began eight years ago, when the Bloomberg administration instituted a series of zoning changes with the goal of spurring development. The city also invested nearly $300 million in local streetscapes and other improvements and teamed with the state to build Brooklyn Bridge Park, a necklace of green along the East River that opened two years ago.

The new zoning and infrastructure generated a $3.5 billion wave of private investment that has yielded 7.8 million square feet of new residential, retail and commercial space, including 26 apartment complexes, four hotels, and a glassy shopping complex set to bring upscale chains to a shopping area now home to small businesses catering to bargain hunters and hip-hop fashionistas.

But while Brooklyn’s boom has everything to do with national trends (including those pertaining to a certain H-word that will not be used here) and changing economic realities, there is another, less-visible force that for nearly seven years has helped guide everything from which stores get new awnings to how many gleaming towers rise in the once-desolate area surrounding the Manhattan Bridge.

Its name? The Downtown Brooklyn Partnership. The partnership is a nonprofit local development corporation chartered by the mayor in 2006 to promote economic and cultural activity in Brooklyn’s core. Headed by Tucker Reed, a 32-year-old former Bloomberg administration staffer, the 16-employee organization oversees three business improvement districts and a $6.7 million annual budget, funded mostly by assessments on businesses and property owners that range from a few thousand dollars to more than $100,000 annually. Reed, who previously worked for the State Department in Iraq, also helms a 43-member board that reads like a who’s who of Brooklyn’s business and cultural elite.

Go to downtown Brooklyn’s shopping district to see the changes in Brooklyn — as well as the central role the partnership has played in the evolution.

After years of gentrification in the brownstone areas surrounding downtown, the crowded strip of shops stands out in a sea of artisanal cupcake makers as the only nearby place to find a penis-engraved tooth cap or a cap-and-shoe shop reputed highly enough to draw the rapper Drake there for a Toronto Blue Jays hat.

Despite the area’s success as a shopping destination (storefront space in Fulton Mall commands some of the highest per-square-foot real estate rates in the borough), the Downtown Brooklyn Partnership has worked tirelessly to draw large chain retailers to the mall and “diversify” its offerings. Recently, the partnership succeeded in recruiting both Starbucks and Shake Shack, the upscale Manhattan-based burger franchise, to Fulton Street Mall. Suburban mall staples Gap and Aeropostale also recently joined the fray. An H&M is under construction nearby. In the next few years, the rebranding will culminate with City Point, a 1.8-million-square-foot complex that the developer’s marketing materials tout as “a unique opportunity for brand-forward marketers to reach an affluent, diverse and highly educated population.” The Manhattan retailer Century 21 will anchor the glassy mall.

To some, the infusion of new commerce represents a reorienting of the neighborhood around newcomers. But however the change happens and for whatever reason, activists say it should benefit the existing population. “There’s nothing wrong with change, as long as we’re seeing real benefits for people of color, who are the vast majority of longtime residents and shoppers in the area,” said Alvin Bartolomey, a board member of Families United for Racial and Economic Equality, a nonprofit organization with a membership in downtown Brooklyn’s public housing communities.

The owners of Patty Plus Bakery & Restaurant, a Caribbean-themed eatery on Livingston Street about half a mile from the Barclays Center, used a grant from the Downtown Brooklyn Partnership to cover half the cost of a $7,600 overhaul of its storefront that included a new green and yellow awning and sign.

Alex Savage, the restaurant’s business manager, said the owners hope the facelift will help their 7-year-old spot keep up with the times. “We’re in a great location,” Savage said. “Plus there’s the stadium. Everything is changing and expanding.”

Though the partnership has a growth-oriented charter, Reed has made it part of his mission to consider how each new building affects the fabric of downtown Brooklyn, long considered, for better or worse, a midget stepchild of Manhattan. In a recent interview, he said that the time has come for downtown to slow down the pace of transformation and digest the new additions that have already reshaped the skyline. “We want to create an environment conductive to investment,” Reed said. “But we want to make sure it connects up to the larger picture of the kind of community we want to create.”

Reed hopes to lure technology firms to downtown’s new office space. The area’s tech sector, which employs nearly 10,000 people in the business district and adjacent areas, is expected to double over the next three years. But in addition to the tech infusion, he also would like to spur collaboration among downtown’s 11 colleges and universities, which enroll about 60,000 students a year, and showcase the neighborhood’s cultural and entertainment scene. Dozens of arts organizations make their home downtown, including the Brooklyn Academy of Music, the 151-year-old performing arts center that is wrapping up a five-year $300 million expansion of its performance facilities, programs and endowment.

Appetite for the new cultural offerings will be fed by the area’s exploding residential population — the community district that encompasses downtown added about 6,000 people between 2000 and 2009 and in the six years since, more than 15,000 people have moved to the 16-block central core, partnership data shows. Reed says he will involve new and longtime residents in a dialogue about their hopes for the neighborhood. “We’re engaging residents in visioning and planning of downtown Brooklyn,” said Reed, who is expected to unveil outreach plans later this summer.

Reed’s stance as synthesizer in chief marks a shift from the partnership’s first years, when activists say the organization functioned as a cheerleader for development. “There was massive up-zoning in 2004 without any mandated community benefits,” said Lucas Shapiro, an organizer with Families United for Racial and Economic Equality.

When Reed took over the partnership in January, Shapiro’s group hand-delivered a letter to his office in MetroTech. The letter implored Reed to meet with members of the group, who, the letter said, had been ignored by his predecessor, Joe Chan.

“We sincerely hope you will not continue this trend but will work instead to improve relations with our organization and the many constituents we represent, along with the local elected officials and others that share our commitment to fair development,” Maisha Morales, FUREE board president wrote in the letter.

The letter went on to emphasize the organization’s commitment to development that “increases equity, opportunity and shared benefits.”

“It is because our members live, work and shop in the area that we feel deeply invested in the future of the neighborhood that is now under your stewardship,” Morales said.