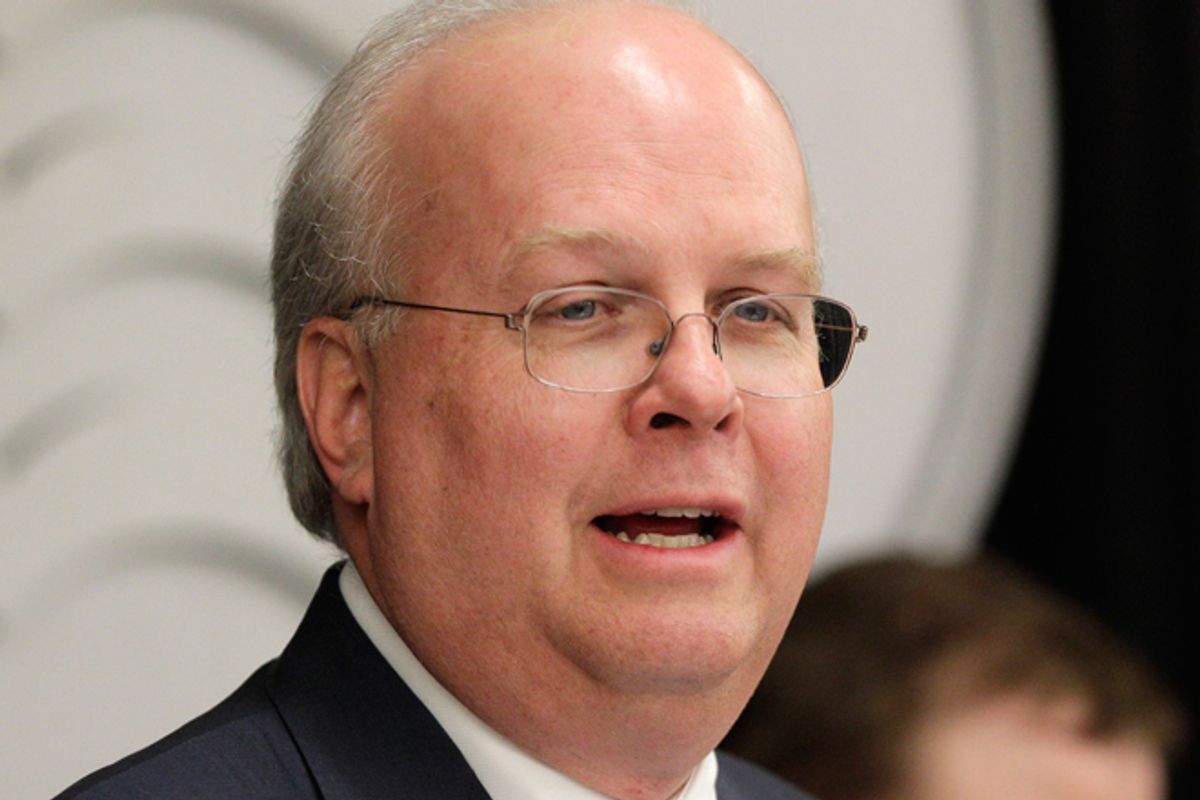 Senate Republicans filibustered a bill last night that would have increased transparency in campaign finance, effectively killing any chance for meaningful legislative reform of money in politics before the election. The move was expected -- Republicans had filibustered a similar bill before -- but it underscores how far the GOP is willing to go to keep voters in the dark and to allow donors to remain anonymous, which the GOP view as a form of freedom of speech.

The bill, dubbed Disclose 2.0, would have made public any contributions over $10,000. It was a watered-down version of the 1.0 bill, which had a lower threshold for disclosure and would have required outside groups running political ads, like Karl Rove's American Crossroads, to state the names of the top donors, the way candidates for office have to do now. Some transparency activists and progressives criticized the bill for not going far enough, but Democratic senators had hoped to secure more votes with the new version. However, it was clear even before they rolled it out that Republicans were not going to get on board. So, Democrats hope it will serve to show Republicans' opposition to any kind of campaign-finance reform.

The vote was 51-44, but it would have needed 60 votes to break the Republican filibuster and proceed. The count was straight down party lines, with every Democrat present voting to move forward on the bill, and all Republicans present voting against. That includes senators like John McCain, who sponsored a landmark campaign-reform law several years ago and has lambasted the Supreme Court’s Citizens United decision as one of the worst in the country’s history. But McCain dismissed the Disclose Act as more of “a clever attempt at political gamesmanship, than actual reform,” claiming it would unfairly favor unions. It’s an extremely dubious claim, and there's little in the bill to support it, but it allowed McCain to vote with his party. Senate Minority Leader Mitch McConnell has been a vocal opponent of any kind of restrictions on money in politics and kept his caucus unified in his desire to keep voters in the dark.

After the bill went down, Sen. Sheldon Whitehouse, a Democrat from Rhode Island who sponsored the effort, led Democratic senators in what he called a "midnight vigil" -- a chance for them to assail Republicans into the wee hours of the morning. An indignant Senate Majority Leader Harry Reid invoked Jack Lemmon and Walter Matthau late last night, warning, “If this flood of outside money continues, the day after the election, 17 angry old white men will wake up and realize they just bought the country ... About 60 percent, or more, of these outside dollars [contributing $10,000 or more] are coming from ... 17 people.”

Democrats also pointed out that in 2010, the first election after Citizens United, expenditures from outside groups had more than quadrupled since 2006, with nearly three-quarters of political advertising coming from sources that had been prohibited from spending money in the earlier election.

It’s worth noting that Justice Anthony Kennedy, who wrote the majority opinion in Citizens United, specifically suggested that disclosure was a worthy goal. "We reject Citizens United's challenge to the disclaimer and disclosure provisions," he said from the bench when announcing the decision. "Those mechanisms provide information to the electorate. The resulting transparency enables the electorate to make informed decisions and give proper weight to different speakers and different messages," he added.