Why are we so fixated on the end of the world? 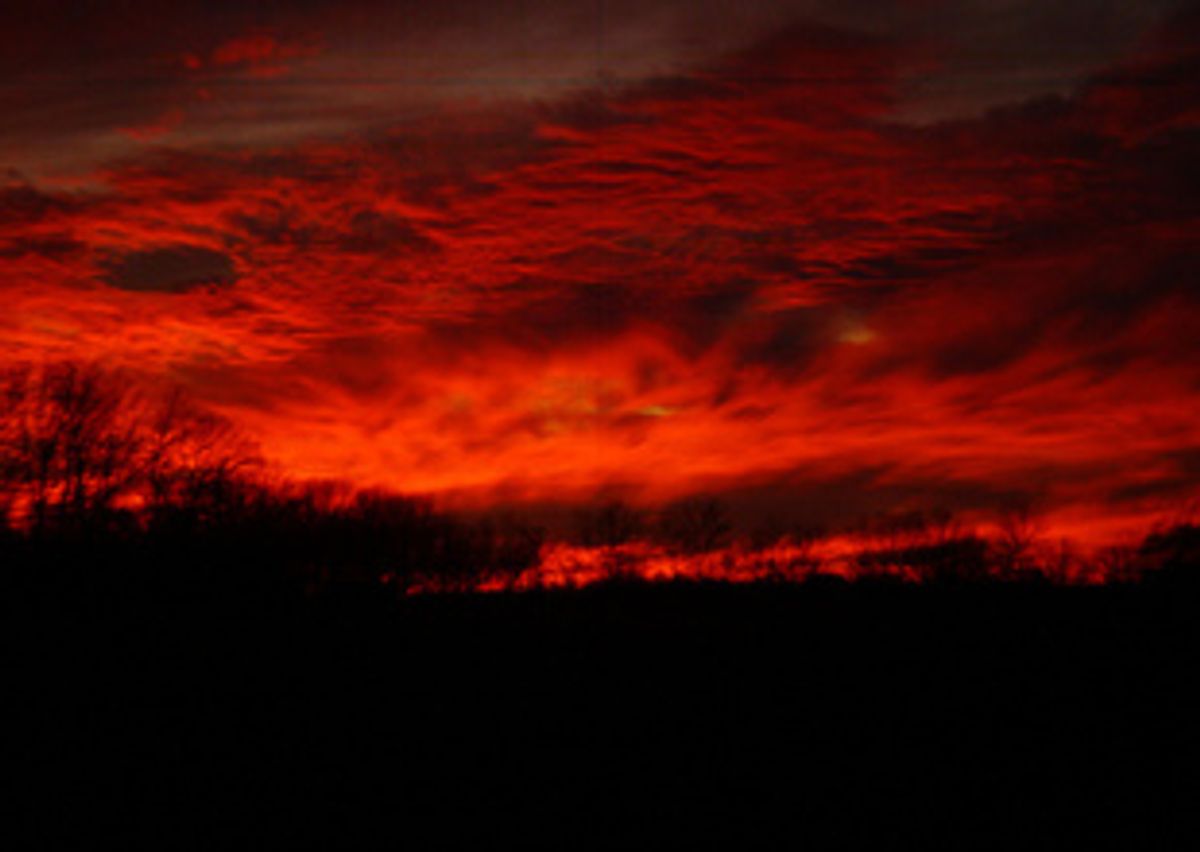 This weekend marked the release of "Ice Age: Continental Drift," the fourth entry in the popular "Ice Age" series, which follows a collection of cute Ice Age-era mammals (Sid the sloth, Manny and Ellie the woolly mammoths, Diego the saber-toothed tiger) as they enjoy adventures across their frozen world.

Throughout the franchise, they’ve faced a super-sped-up version of a changing global environment: "The Meltdown" was the sequel, and "Continental Drift’s" precursor was subtitled "Dawn of the Dinosaurs." This new "Ice Age" movie looks at the characters’ travails with plate tectonics, as the seven continents spread out, destroying habitats and entire families, emitting pools of oil into the ocean (which, the trailer shows, kills a shark), and creating extreme weather patterns that look less like animation and more like our future. The song used in the trailer is a cover of REM’s disaffected apocalypse anthem, “It’s the End of the World as We Know It,” which details said end disaster with the eye of a film director: “That’s great, it starts with an earthquake, birds, snakes, and aeroplanes....”

Obviously the "Ice Age" franchise isn’t exactly accurate — it likely took millions of years for the continents to break apart, and the last major ice age happened long after Pangaea split. But the concept is quite interesting; it’s presenting geological catastrophe in a strangely happy light, in a film made for children. When a giant, terrifying fissure erupts in the earth, separating a family of giraffes as they look on in comical horror, we are supposed to laugh. And yet, in an astronomically hot summer setting off some of the most extreme weather patterns on earth since we began recording such things, earth-change jokes seem like a type of auto-schadenfreude — or gallows humor at least, as we plow into an uncharted future that ain’t lookin' too rosy.

Why are we so fixated on doomsday? Certainly the year helps: If you believe end-of-world enthusiasts and a few tourists here and there, the Mayans predicted the demise of humankind (or something) will come on Dec. 21, 2012, the day when their operative calendar ended. The theory has been debunked by scientists, archaeologists and the ancient Mayans themselves, but that hasn’t stopped the culture from going crazy at the prospect. A spate of 2012 documentaries has recently popped up on Netflix, most of which were originally aired on cable television in the late aughts, as well as this year’s new National Geographic series, “Doomsday Preppers,” which focuses on people who are convinced the end is nigh.

The 2012 myth has intrigued the fictional world, as well: last year, "Melancholia," the latest film from Danish director Lars von Trier, used it as its backdrop, and during the 2012 Superbowl there was even an ad that borrowed the conceit to sell Chevrolets. Barring a handful of people running Mayan apocalypse websites, there is a strange, smirking subtext to those who cite 2012, an overarching sense of cynicism that seems almost gleeful that we could be destined for our comeuppance. Maybe it’s simply because everyone believes that they will be among the handful of survivors, but humanity really seems to hate itself — which is fortunate, since we will probably be responsible for our own demise.

When films like the (totally awesome) sci-fi number "2012" depict John Cusack navigating an escape plane while the earth literally rips apart below — a close but much darker parallel to that giraffe scene in "Ice Age" — we are utterly transfixed. Not just because of the awesome special effects, but because we transpose ourselves upon his character, the sole survivors while everyone else croaks. Because there’s the rub: Everyone figures that doomsday is everyone else’s fault. That is how we end up with people who preach about the destruction of the environment but leave the lights on. For further analysis, here’s the late comedian George Carlin, American treasure, on the end of the world:

So maybe movies like "Ice Age" are much more than just family fun and cute plotlines; they’re helping to socialize the kiddies for what’s to come.

Julianne Escobedo Shepherd is an associate editor at AlterNet and a Brooklyn-based freelance writer and editor. Formerly the executive editor of The FADER, her work has appeared in VIBE, SPIN, New York Times and various other magazines and websites.