A lawsuit in Ariz. finally challenges 20-week abortion bans -- but a Romney victory could make all the difference 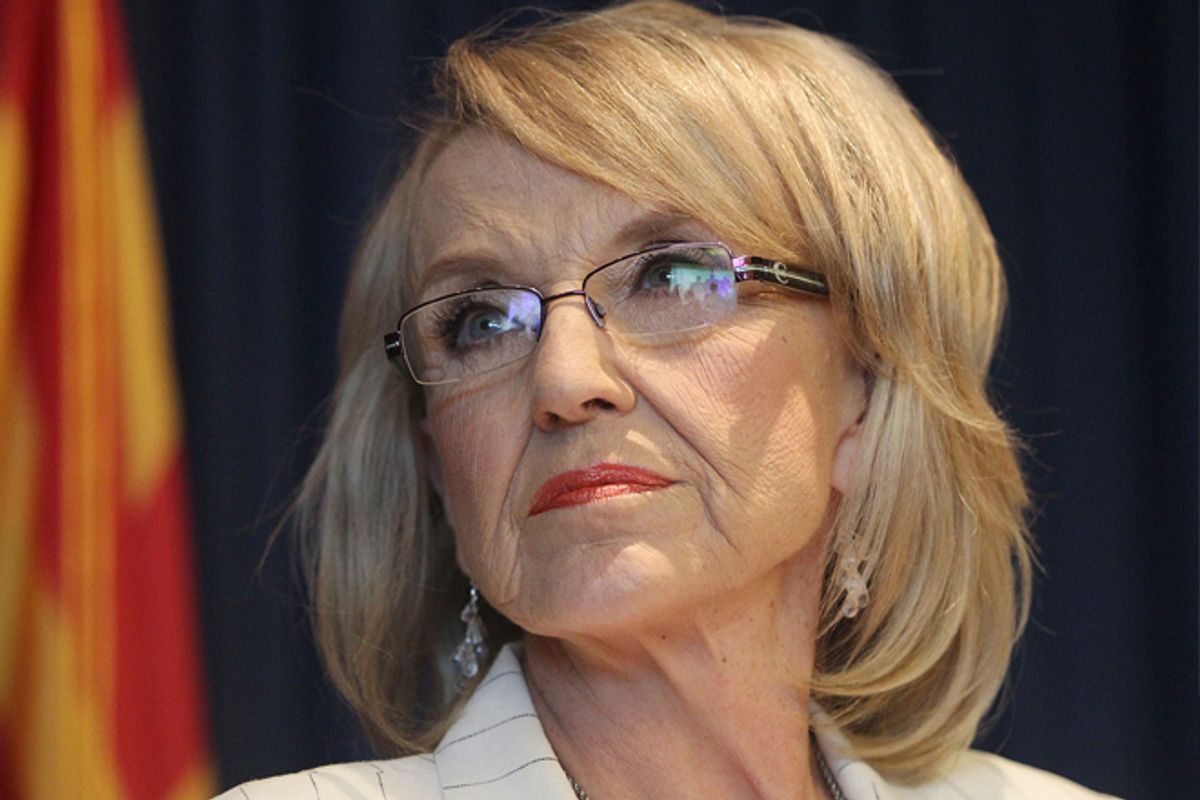 The antiabortion movement has arguably overplayed its hand in recent months, from throwing its muscle behind the failed Mississippi personhood movement to taking a principled stand against women getting birth control covered by their private insurance. But there’s one realm in which they’ve quietly been winning since 2010, going relatively unnoticed: passing unconstitutional bans on abortions after 20 weeks, both before viability and with very few exceptions. (Under Supreme Court precedent, abortions can’t be banned for any reason before viability, and health exceptions are required for bans after viability.) These laws, passed in similar form in seven states, have gone unchallenged – until last week, when the Center for Reproductive Rights and the ACLU filed suit against Arizona’s extreme version.

There are lots of reasons why this lawsuit is the first of its kind. Janet Crepps, lead counsel on the case, noted in an interview that Arizona’s law, which is scheduled to go into effect on Aug. 2, bans abortions roughly two weeks earlier than other states with such laws on the books, because it starts counting from the last menstrual period, whereas other states start counting two weeks after it to estimate fertilization.

It also has a more draconian health exception. As Crepps points out, “Not only does the woman have to face a serious threat, it has to have gotten to the point where she needs emergency medical treatment.” Finally, unlike several other states with 20-week bans, Arizona has doctors who provide abortions after 20 weeks and are willing to deal with the scrutiny and harassment that go along with putting their names on a lawsuit.

Another unspoken reason is that the abortion rights movement is scarred by the so-called Partial-Birth Abortion Act battles of the last decade. Abortion foes would like nothing less than to focus the debate on later abortions – despite the fact that 98.5 percent of abortions take place before (or at) 20 weeks – because they make more people uncomfortable. And while the “fetal pain” principle that is the alleged rationale for these laws isn’t grounded in solid medical evidence, abortion swing voter Justice Anthony Kennedy has shown himself to be impervious to such evidence in the past.

The legal complaint doesn’t engage in the fetal-pain issue – it simply points out that the Supreme Court has ruled that abortion can’t be banned before viability and that, per Crepps, “States can’t restrict access to abortion in ways that endanger women’s health.” And, she added, it was Justice Kennedy who was part of the opinion in Planned Parenthood v. Casey that set out those principles.

Priscilla Smith, a senior fellow at Yale Law School who argued the last Supreme Court case on abortion – the challenge to that Partial-Birth Abortion Act – agrees, pointing out that in that 2007 decision, Kennedy's majority opinion took pains to say that only a procedure was being banned, not later abortions altogether, and that a law would be unconstitutional “if its purpose or effect is to place a substantial obstacle in the path of a woman seeking an abortion before the fetus attains viability.”

The Partial-Birth Abortion Act was ultimately upheld by the court, but Smith argues, "In the end, it wasn’t as much of a victory as [the antiabortion movement] hoped. They were hoping the court would ban viability altogether as a line – that it would become all about what you’re doing to the fetus. That’s obviously a runway to banning all abortions." Instead, the court took a much narrower approach, though that hasn't stopped the antiabortion movement from taking another approach that focuses on fetal harm – in this case, alleged pain.

"The [antiabortion movement] is really reaching with these laws," Smith said, at least if the court respects its own precedent on states banning pre-viability abortions. For now, said Smith, "I think they’re not counting on Kennedy for this law. I think what they’re counting on and hoping for is a Romney victory and another judge. That could happen."

And it could well happen by the time the Arizona case winds its way up, if it does: "Roe's anniversary is next year, at the end of January," Smith pointed out, "and by then, we should know its future."