GOP vs. Planned Parenthood, round 2

Republicans' last attack on Planned Parenthood only made it stronger, but they're trying to defund it again anyway 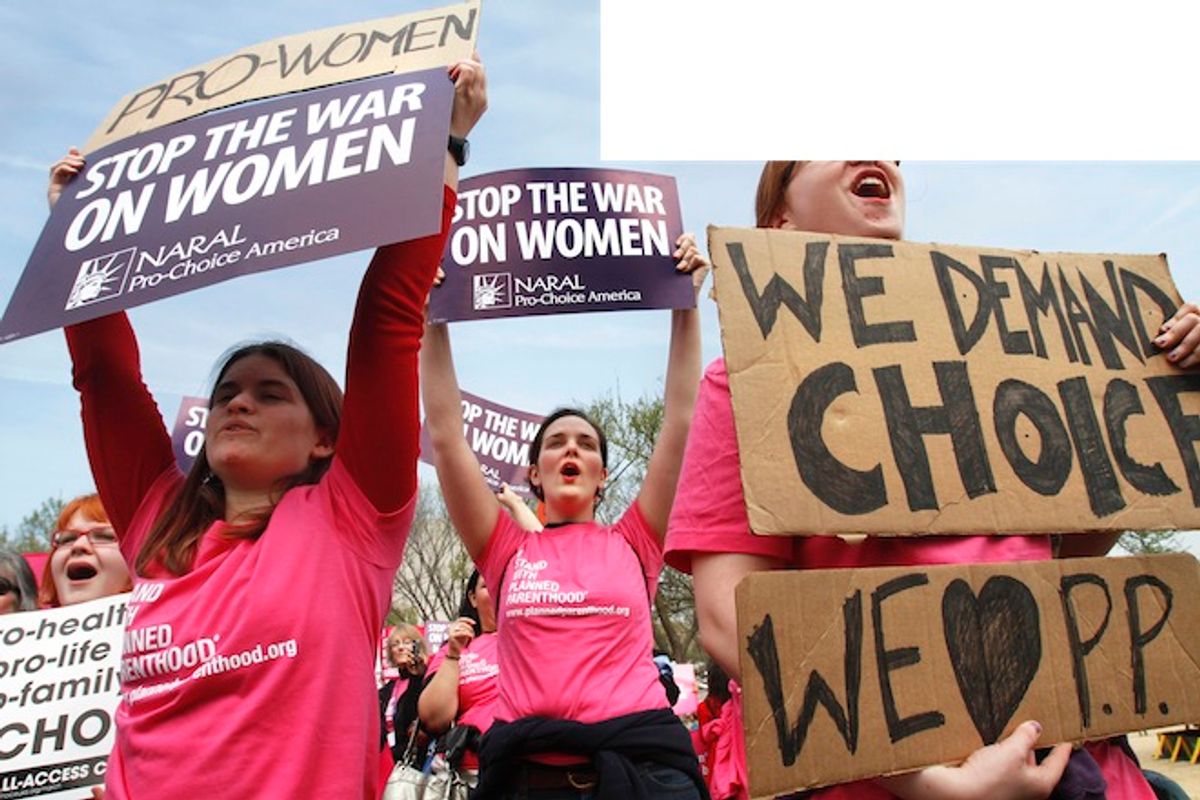 Remember six months ago, when Planned Parenthood was totally eviscerated by the Susan G. Komen Foundation pulling its funds for breast cancer screenings? The antiabortion lobby really showed them!

Of course, what actually happened in the six months since Komen bowed to right-wing pressure (and then belatedly reversed itself) was this: Top Komen executives jumped ship, donations and race participation plummeted, and public opinion soured. Meanwhile, Planned Parenthood increased its active donor base by 40 percent over the past year, according to Eric Ferrero, vice president of communications at the organization, and since February 2011 added 1.5 million supporters to its database, half of them under the age of 35. A February National Journal poll found that 69 percent of Americans opposed defunding Planned Parenthood, even when told that “some Planned Parenthood clinics perform abortions, though not using federal funds.”

That’s despite the fact that the attacks haven’t just come from Komen, Congress or statehouses – they’ve included perennial “sting operations” that have resulted in the firing of two employees but no apparent lasting damage.

None of this, apparently, has swayed the House Labor Health and Human Services Committee, which earlier this week released an appropriations bill that basically repeats everything, and more, that spurred the outpouring of support for Planned Parenthood in the first place. Among other provisions, it eliminates entirely Title X funding for women’s health services like family planning and cancer screenings and tries (again) to take away the no-co-pay birth control coverage benefit from the Affordable Care Act. It also takes a page from Republican governors across the country who have been, so far unsuccessfully, trying to prevent Planned Parenthood from being the provider of choice for women and men on Medicaid.

Unless the sympathetic public is suffering from outrage fatigue – a real possibility – this is setting up yet another showdown over women’s health. Republicans are clearly aiming some red meat at the base in an election year, but they’re not the only ones that have one. Obama made an entire campaign video about supporting Planned Parenthood and opposing its defunding. Planned Parenthood commissioned a poll on its own anti-Romney ad, which showed that female voters reacted negatively to his fervent opposition to the health provider. (“Planned Parenthood, we’re going to get rid of that.”)

“Nobody here can remember Planned Parenthood being an issue in past campaigns,” Ferrero said, though the group has endorsed presidential candidates previously and campaigned through its Action Fund. As he sees it, the unprecedented right-wing opposition has awakened a “sleeping giant” among potential supporters who’d lost their sense of urgency.

“Anecdotally, talking to the folks who do the fundraising work, what we see is donors coming back to us, who perhaps gave 15 to 20 years ago and moved on,” he said. “Our fundraising numbers are higher than they’ve been in many years.”

On the other hand, donors can only go so far. According to Planned Parenthood's annual report, private contributions are only 21 percent of the group's revenues. Government grants and reimbursements are 46 percent. Last year's budget showdown didn't have nearly the same galvanizing force with the public as the Komen debacle -- perhaps because no one expected better from the government, as they might have from Komen, or because budget negotiations are more complicated and, well, boring. This year could be different.