We thought it was just a migraine headache. Now I'm worried I'll lose her forever 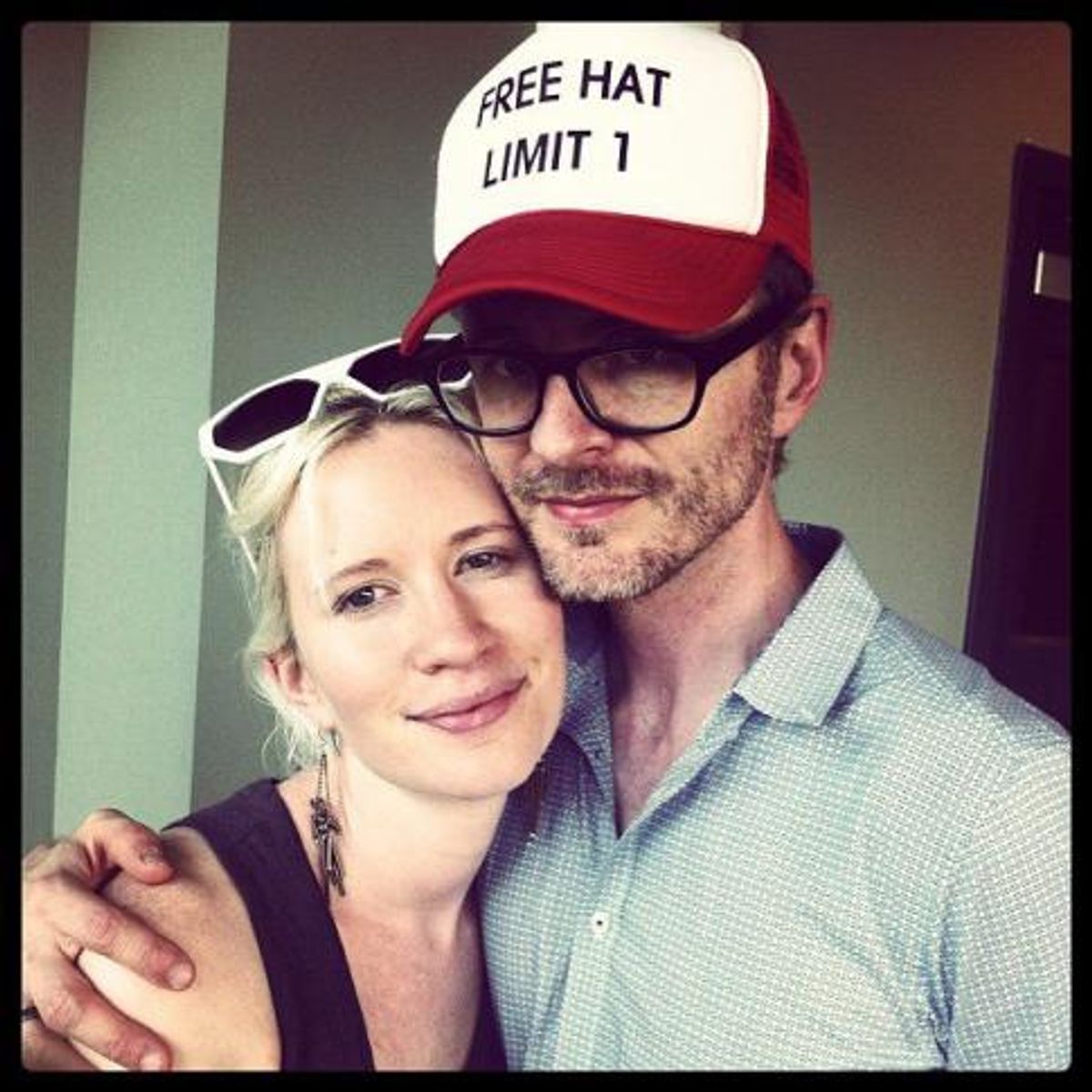 In the flickering light of Fritti's, a fancy pizzeria ideal for a fifth date, a look of worry rooted upon Dana's face. Taking quick sips of water and patting her chest, her brow angled downward and her eyes glistened as if recalling a painful memory. I asked if something was wrong, and she characteristically shrugged it off with a joke. We walked to my cobalt-blue Volvo station wagon after finishing our meal, and as I shut the door, her façade broke completely. Head in hands, she started to bawl as I looked on helplessly. Nothing prepared me to see such an outpouring of anguish from someone normally aglow. Dana isn't the one sulking in the corner.

"I say weird stuff. I'm afraid of scaring you off."

"You couldn't. I mean, unless you're like super racist or something, but even then..."

Dana laughed through her tears. "Sometimes," she said, "I fear...my mind."

Five years later, I am writing on a circular table in a room full of anxious, exhausted people, one of whom is asleep beneath a tiger-print blanket that Dana would surely approve of. This is the waiting room at MD Anderson Cancer Center, where, somewhere nearby, my 30-year-old wife is undergoing brain surgery. These kinds of procedures are never rudimentary, but her case is especially delicate; a lesion lies behind the right frontal lobe ("behind the dryer" she calls it). Two neurosurgeons from our native Atlanta looked at her MRI and punted away the responsibility to MD Anderson in Houston, supposed experts for this sort of thing. Nightmare undoers.

When "pitching" surgery six weeks ago, and that word here is instructive, two separate physicians at MD Anderson asserted that removal of the tumor could be the beginning of the end of the hell that began this past April. Never at a loss for words, Dana had looked up from a beanbag chair (shaped like "Aqua Teen Hunger Force's" Meatwad) she had brought home from work one day and said, in a stilted, robotic way, "I...am...having trouble...trying to...talk."

Despite hearing this precise sentence 22 years ago from my father, who would soon wither away from a brain tumor, I blew it off.

"Too much wine?" I asked, which was stupid because she's a lightweight.

She went to bed only to experience more of the same the next day at work. I drove her to the emergency room. Eight tense hours, CT scan, MRI scan, and finally results.

"Possible glioma," the ER doctor said while, honest-to-god, scrolling through his iPhone. "But, you know, don't panic, it may not be."

Panic comes in many forms, and we've experienced them all: crying yourself asleep and awake; watching a thousand bad horror movies instead of reaching out to an amazing support system of friends who are desperate to help you; owning the situation and making a series of videos, allowing you to interact with other frightened souls. (Type UNFORTUNATE BRAIN NEWS into YouTube, or visit unfortunatebrainnews.tumblr.com for alternatingly painful and uplifting posts.)

Right now, a sample of Dana's brain is being analyzed. Benign? Malignant? Just what is it? In five to seven business days, we'll know. We've become experts at agonizing waits.

Dana fought this tooth and nail. She worried she might die, to which the surgeon – the one currently at work – said the following, "It is more likely that you should die while crossing the street than when I am operating on you."

We call him Dr. Boots, so named for his ostentatious footwear. He exuded confidence and charm. Everyone did that day. While they didn't know what the growth was, everyone repeated how we had come to the right place, and with surgery, could turn this situation around.

Dana wasn't convinced. She distrusted the head neuro-oncologist, one of the main faces of the hospital, who rather than answer her questions, rattled off places to eat. He is now known as Dr. Yelp. To be fair, Dana's questions were largely unanswerable. No one knows how she got this (nonsmoker, not a huge incidence of disease in the family, moderate cellphone abuser). Even if Dr. Yelp had witnessed every moment of her life, he'd still be guessing. He did recommend a rib joint. "Tell them I sent you," he said.

After a hopeful but fruitless attempt with Eastern medicine, which I won't get into for fear of pummeling my laptop into dust, Dana decided it was time. We flew in Sunday to meet with Dr. Boots, although this time he wore moccasins. Gone too was the swagger. Scrutinizing the latest MRI, he noted an area that until now hadn't drawn comment.

Dana, her mother, and I gasped.

"This is near the hypothalamus," he explained. "It's too delicate. I'd need to do a biopsy, that's all."

"What does that part do?" Dana asked, trembling.

I'm an atheist. I don't believe in magic, voodoo, superstition. I believe Dana has a soul, if not in an actual sense.There is unfathomable power in this gift of a human being, this saint among friends, this creative dynamo -- a power that springs from a place that's more than tissue and blood. The healing road is mountainous; that spirit will guide her.

Surgery will not end this, and until we receive the biopsy results, the diagnosis is murky. But first things first: My wife must survive this operation and return as the same incredible person. And when that happens, I can state without hesitation that I will experience the happiest moment of my life. Her mother will give her the tiger finger puppet bought in the gift shop, and I will give the tiger a funny voice. Dana will wake up, recognize me, smile.