Cute cats take over the world

Too adorable! Everyone's favorite viral obsession is about to become enshrined in museums and film festivals 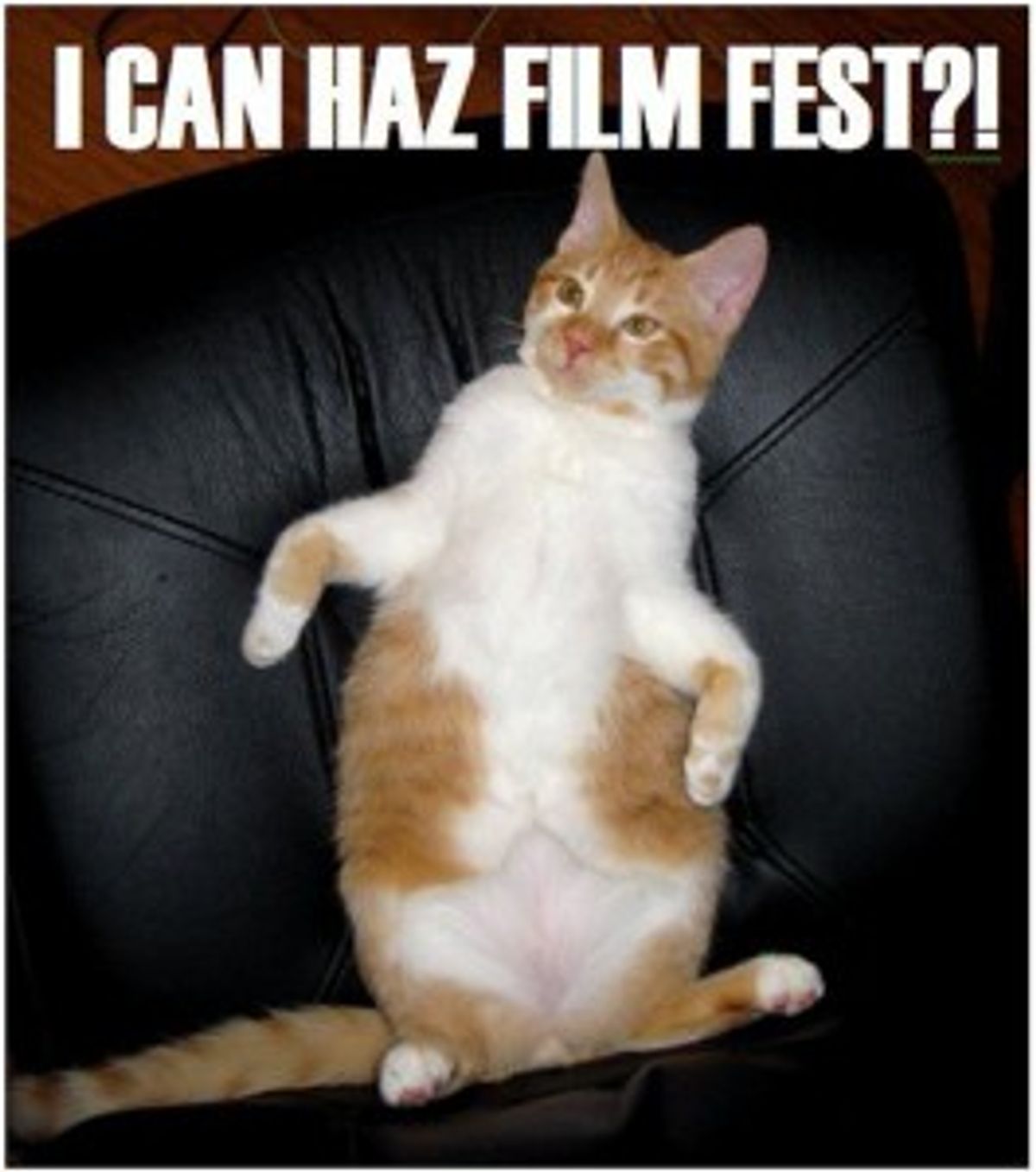 Next month, the Walker Art Center in Minneapolis will be holding the Internet Cat Video Film Festival (ICVFF), presenting a near-universal but mostly private obsession for collective enjoyment. Like most other people, I have watched a few videos of cats on YouTube. In the spectrum of time wasters and how bad they make me feel, it is an activity I would rank slightly above Facebook voyeurism. When I heard about this film festival, I thought it sounded like the stupidest idea I had ever heard. And, as the board of the L.A. MoCA falls apart in reaction to what is basically a corporate takeover of the museum, it seemed yet another indication of the total dissolution of any hope of seriousness on the part of American art institutions.

But maybe such an alarmist reaction isn’t necessary. Even if getting a bunch of people together to watch cats jump on things is dumb, the project still brings up some interesting questions about how real-space institutions these days interact with the Internet.

The ICVFF is a part of the Walker’s Open Field programming, a series of events organized around building community and bringing people together to experience and create art collectively. In this context, the cat video festival kind of makes sense.

The organizer of the festival, Katie Czarniecki Hill, described her intention on the Walker’s blog:

I could not be more excited to literally bring this solo cat video viewing behavior out in the open … Come together on Open Field and LOL in the presence of others.

I like LOLing in the presence of others as much as anyone, and maybe it is as simple as that. But this film festival makes me wonder, as the Internet becomes the space where most cultural material is encountered and consumed, how do physical institutions compete? Maybe a better question: How do they integrate what happens on the Internet into their programming in a way that makes sense and doesn’t become a trite opportunity to capitalize on some washed-out trend, as in the Brooklyn Museum’s crowd-sourced exhibition “Click!” from a few years ago (another crowd-sourced exhibition, "GO," will take place at the museum later this year).

In Ken Johnson’s review of “Click!” for the New York Times, he wrote, “The exhibition itself is not very interesting to look at, but the issues it raises are fascinating.”

This is too often the case with such projects, but as it happens, I recently saw a collectively curated exhibition that shares some interests with Click! and is both interesting and interesting to look at.

"First Among Equals," an exhibition currently on view at University of Pennsylvania’s Institute for Contemporary Art, takes collaboration to an extreme with a collection of works put together by a handful of Philadelphia and L.A. galleries. The collective installations present art in the jumbled, author-less form of the Internet, creating a cacophonous tableau in which images hang from poles and are scattered on the floor. After making my way through the exhibition, I felt the same sense of visual exhaustion I feel after spending too much time online. “First Among Equals” addresses a whole host of issues, from the way that labor and money work in the art world to what it means to collaborate, but as a show of intensely contemporary aesthetics, in which individual works are not clearly delineated from each other, it reveals the changing way in which we experience visual material.

The cat video film festival is another case of something that is not particularly interesting but raises some interesting issues. The festival is fighting against the increasing individualization of collective experience. People watch videos of cute cats at work, send those cat videos to each other or post them on Facebook, and everyone sits alone in their respective cubicles, putting off whatever it is they are supposed to be doing, giggling at the kitty skipping across the piano keys. It’s all a little bit sad to think about.

Maybe the ICVFF indicates a kind of desperation, in these atomized times, to present something in real space that all people can enjoy equally and purely. That said, in the end I’d rather watch my own cat do adorable things than watch videos of strangers’ cats, whether I am alone or with a bunch of strangers.