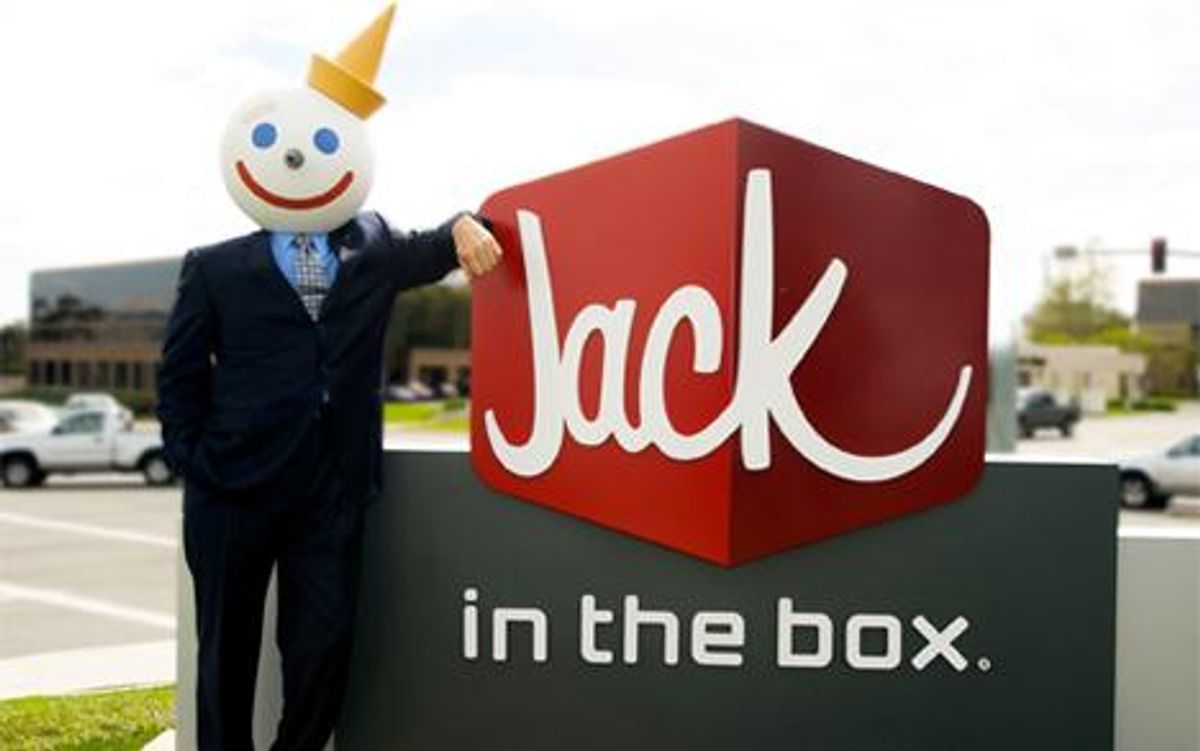 This past spring, professional skater Rob Dyrdek opened his MTV show, called “Fantasy Factory,” by taking a specialized burrito gun and trying to blow burrito-size holes through his friends.

"We're taking over the burrito game," he shouted, after covering his office walls in guacamole. It was part reality TV in the direct lineage of the Jackass franchise, and part marketing scheme: It turns out those weren’t just any burritos. They were Loud Mouth Burritos, a new line of tortilla-wrapped gruel (they come in pizza and cheeseburger flavors) developed by the entrepreneurially promiscuous Dyrdek, who is 38 years old, and his cousin Chris "Drama" Pfaff.

The stunt itself was mostly forgettable, as much of MTV’s programming is these days. And the burritos are destined to join the crowded shelves of microwaveable gas station snacks. But then a couple weeks ago, TMZ broke some interesting news about Dyrdek’s burritos: They’ll be marketed "directly to stoners." It's a remarkably blunt, if slightly risky, approach for a guy whose paychecks typically depends on teenagers' allowances and the spending money of corporate suits at Viacom. But it also makes sense, given the long-standing overlap of three activities: watching MTV, smoking pot and chowing down on frozen burritos. Calls to Loud Mouth to confirm this strategy went unanswered, and its website makes no references to weed. But the answer is easy to find if you know where to look.

In fact, it’s right there on the back of the burrito: 420 calories.

That kind of winking and nudging is typical in the emergent genre of ads aimed at stoners, a once taboo marketing approach recently embraced most blatantly by the fast food industry. Just look at the actor in the next burger commercial you see. Odds are he’ll be a glassy-eyed Spicoli, dropping coded reefer references (see Jack in the Box's favorite mumbling pothead). Companies as big as Taco Bell and General Mills have gotten in on the act, and they’re reaping the rewards. Taco Bell, with its Doritos-taco hybrid and “late night munchies” tagline saw a 6 percent sales increase in the first quarter of 2012. General Mills, which revived Cheech and Chong for a Fiber One Web campaign, deemed the ad so successful it plans to do more just like it. Then there’s Sonic and its hallucinating 20-something dreaming of man-size cheesy tots. Carl’s Jr. is touting its “wake and bake” habit. Denny's is promoting a reggae-loving unicorn. And who could forget the ultimate stoner picaresque in modern cinema: "Harold and Kumar go to White Castle." White Castle actually signed on for that film (and its sequel).

“If you're targeting that heavy fast food user you need to speak their language,” says Denise Yohn, a brand consultant who’s worked with restaurants for 25 years. “One way to do that is to talk about partying and munchies. To the mainstream audience it may just sound like late nights and drinking, but to a certain audience they're talking about getting stoned.”

No company better straddles the line than Taco Bell. Owned by Yum Brands (which sounds like it was named by a stoner), Taco Bell introduced the idea of the “Fourth Meal” in 2006. Described as “the meal between dinner and breakfast,” Fourth Meal was launched with a goofy website full of pajama-clad kids wandering the streets and gorging on Gorditas. About the same time Taco Bell ads began referencing the “late-night munchies,” a gaggle of Tex Mex-based superheroes were concocted to “save people everywhere from cruddy combos and late-night munchies,” and soon a song composed around those last three words showed up in TV and radio ads. Stoners quickly caught on and began scouring Taco Bell ads for even more subliminal references. Is that the sound of someone taking at hit five seconds into this video? Is the bell at the end of commercials making the sound of the word “bong”?

Yohn says Taco Bell is “pushing the limit just enough so that they're not creating too much offense,” an approach that some smaller companies don’t think is necessary. Where big corporations use dog whistles, these little guys are peeing on consumers' legs.

“A lot of companies are skipping the innuendo,” says Yohn. “They think it's more effective to be overt. It creates more buzz. I think that's why you see a lot of advertising that seems unapologetically targeted to pot smokers.”

NORML executive director Allen St. Pierre’s favorite example of unapologetic weed-based marketing comes from Cheba Hut, a sub sandwich chain with locations in California and a few other Western states. “All of their marketing and their menu is totally, for lack of a better word, stoner reflective,” St. Pierre says. There’s no subtlety to Cheba Hut’s approach. From its name to its “‘Toasted’ subs” tagline (the word "toasted" is in quotes just in case you’re too high to get the reference) to the palm trees growing pot leaves in its logo. And still, even with its transparency, Cheba Hut isn’t risking much, St. Pierre says.

“This breaks down on generational lines," St. Pierre continues. "If my mother saw the names of the sandwiches at Cheba Hut (Chronic! Kush! Summer Haze!) I don't think she'd make the connection. If I said, ‘Cheba, cheba’ to my grandmother, she'd say, ‘Gesundheit.’”

St. Pierre says the rise of baby boomers into leadership roles and the continued criminalization of marijuana explain its popularity in advertising. “Again, it’s the generational gap between people over 75 and their attitudes about marijuana, and people younger than them. All of this just seems predicated on baby boomer sensibilities.” As for prohibition, St. Pierre says, just like sex and celebrity, “mocking the establishment sells.”

And yet no one seems too upset. There have been no anti-drug protests or calls to boycott Taco Bell. Maybe it's because the puritans who’d typically cry foul probably don’t even know what “the munchies” are. What is certain, though, is that if companies took their embrace of pot culture further (a pot-leaf-shaped taco?) that would change. Just ask Andrew Kalan of Kalan LP, the novelty company that earned the ire of local politicians and parents last October for its line of “Pothead Ring Pots” and “Pothead Lollipops.” Losing the subtlety brings on the critics.

But maybe it’s pot smokers themselves who should be upset. Most of the ads aimed at them seem to imply that everyone who smokes is a video-game-addicted 19-year-old. St. Pierre says that while the ads may use “vicious stereotypes to cast aspersions,” they're not worth getting upset about. “We've seen the government use vicious stereotypes to drive home its polemical position in favor of prohibition too.”

“The culture itself” also deserves blame, St. Pierre says. “Just read High Times or Cannabis Culture. They reflect what is now ‘stoner culture.’” If the responses on message boards like Cannabis.com and GrassCity.com are any indication, stoners love getting shout-outs from big companies. As UnluckyClover wrote after posting a Denny’s commercial, “I for one think this is awesome and shows just how much we are accepting stoners as a part of our modern culture.”

Surprisingly, then, these ads are offending no one — not the stoners they’re stereotyping or prudish parents — and they work for companies, who St. Pierre says benefit from “acknowledging a massive subculture.” That makes this a bit of a watershed moment. We’ve arrived at a point when the marketing of products by image-conscious corporations to the users of an illegal drug is not just common, not just acceptable, but downright profitable. Running shoes for cocaine users can’t be far off.