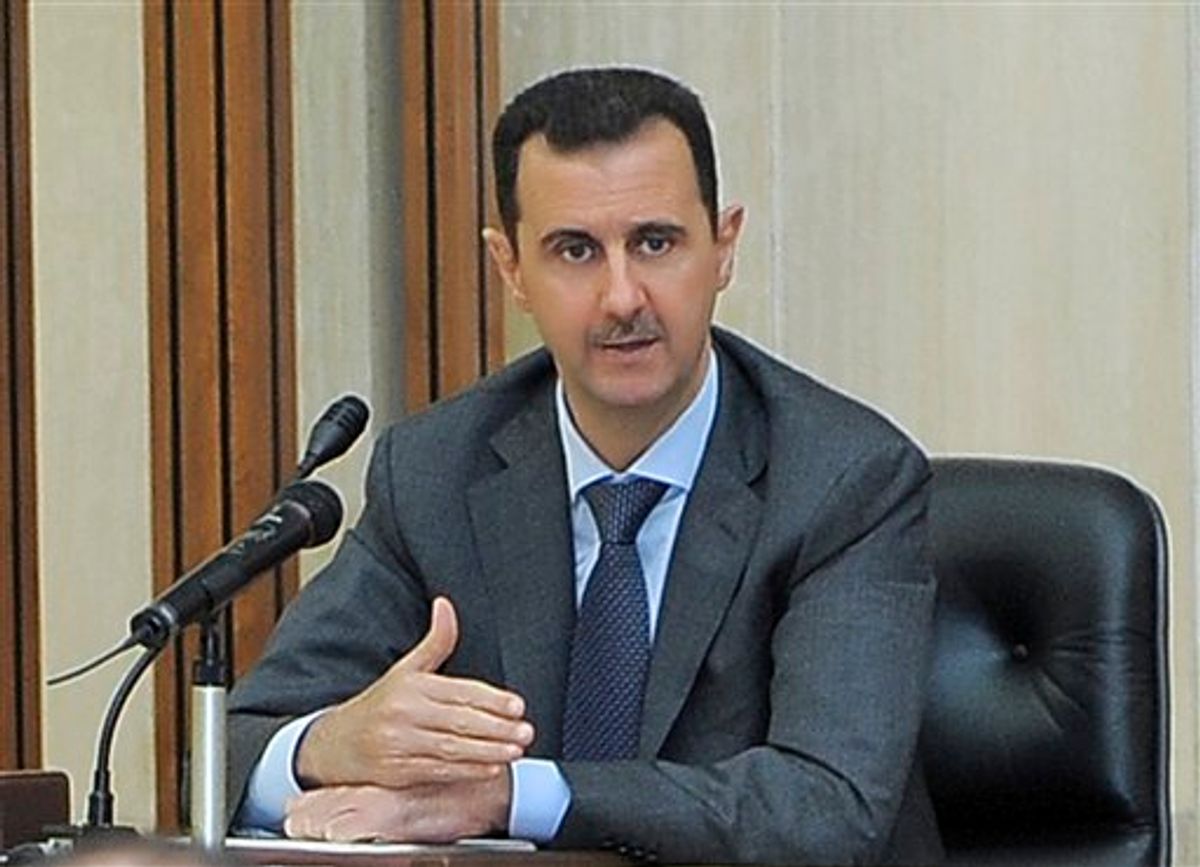 FILE - In this Aug. 17, 2011 file photo released by the Syrian official news agency SANA, Syrian President Bashar Assad addresses a meeting of the central committee of the Baath party in Damascus, Syria. Despite Assad's assurances to U.N. Secretary-General Ban Ki-moon that military and police operations had stopped, Syrian security forces fired at thousands of protesters who poured into the streets throughout the country Friday, Aug. 19, killing at least 13, activists said. (AP Photo/SANA, File) EDITORIAL USE ONLY (AP)
--

The Arab League has called on the Syrian President, Bashar al-Assad, to immediately renounce power – promising the Assads will be given safe passage out of Syria, Agence France Presse reported.

The Arab League also called for an extraordinary meeting of the UN General Assembly for the purpose of creating humanitarian corridors and zones of security across Syria.

During the emergency session, the Arab nations pushed for Syria’s opposition to form a transitional government, the BBC reported. It was unclear what shape the government was expected to take.

As fighting continued in the main cities of Damascus and Aleppo, the government denied activist claims that helicopter gunships were being used inside the capital.

State television said government forces had reclaimed the neighborhood of Qaboon, while other reports said a large number of residents had fled the Barze neighborhood.

According to the London-based Syrian Observatory for Human Rights, an estimated 123 people died in violence across Syria yesterday, including 59 civilians.

Amid fears the Assad government will use chemical weapons to repress the uprising, the US has warned it will punish any Syrian official found to be involved in such weapons, AFP reported.

The Wall Street Journal reported that the US has been looking to block suspected shipments of oil and weapons being sent from Iran to reinforce the Syrian regime.