What does the James Holmes video tell us? 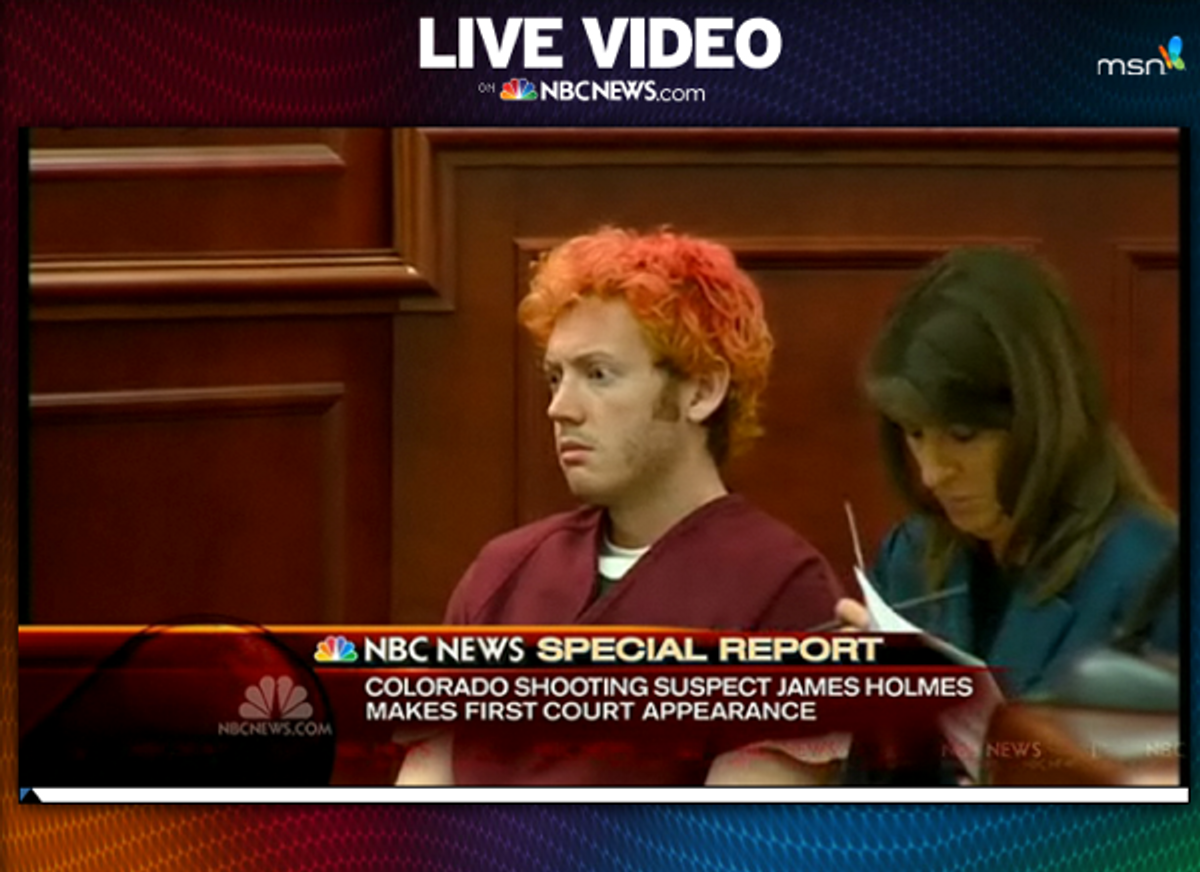 The photos of James Holmes, disoriented, confused, possibly delusional, at his initial hearing this morning are bizarre and shocking as they relate to his state of mind. What I’m curious about, at this point, is how these pictures relate to the video released yesterday by ABC News of the then-high school senior presenting his work at a science camp in San Diego. Because the public in general isn’t sure what to make of this kind of data released and pumped by the media, I wanted to note some of the significant and not-necessarily-significant elements I saw in the video.

• First off, Holmes is geeky and a little nervous, sure, and his sleeves are too long and his shirt is too big, but all that is pretty unremarkable. As more history comes out and he undergoes psychological evaluation, I’m guessing we’ll discover that, within the past year or so, he either developed into a full-blown schizophrenic or that he suffer from acute depression with psychotic features. The fact he’s not only able to present his work onstage (and laugh appropriately at the Slurpee joke) but also make eye contact with the audience shows he’s at least fairly oriented in the social world at this point. • What most people get, listening to the video clip, is that the “temporal illusions” business seems weird. Psychobiology notwithstanding, it is.

It would be very helpful to see the full video (and I would hope ABC would release more than just this tiny clip). Based on what we have here, though, Holmes “research” involving “illusions that allow you to change the past” and his interest in differentiating internal versus external experience suggests he’s (already?) entertaining the process of retreating into the mind in a fantastical way for the purpose of revising what has come before. From just what we know already (including Holmes’ state of mind as reported by the gun club owner in Colorado in this NYT article), we’re in symptomatic territory already. • If we’re looking for troubling behavior manifesting as much in the real world as in Holmes’ mind, however, this is the key slide.

If you read the interview with UCSD’s John Jacobson about Holmes' internship at the Salk Institute, it’s pretty enlightening. Besides emphasizing Holmes’ pronounced introversion and either stubborn nature or mental rigidity in approaching his tasks, he describes that he was never Holmes’ mentor and found it futile trying to connect to his summer intern.

Even as a high school senior, Holmes would (or should) have been aware of how much of an ethical breach he was committing publicly and academically representing his relationship to Jacobson as a mentorship, with Jacobson guiding his research. (Jacobson described it this week as “almost slanderous.”) It also raises questions about what kind of guidance he was getting (or already avoiding) at school and at home to pull off this kind of misrepresentation.