Ex-Citi chief: Break up the banks! 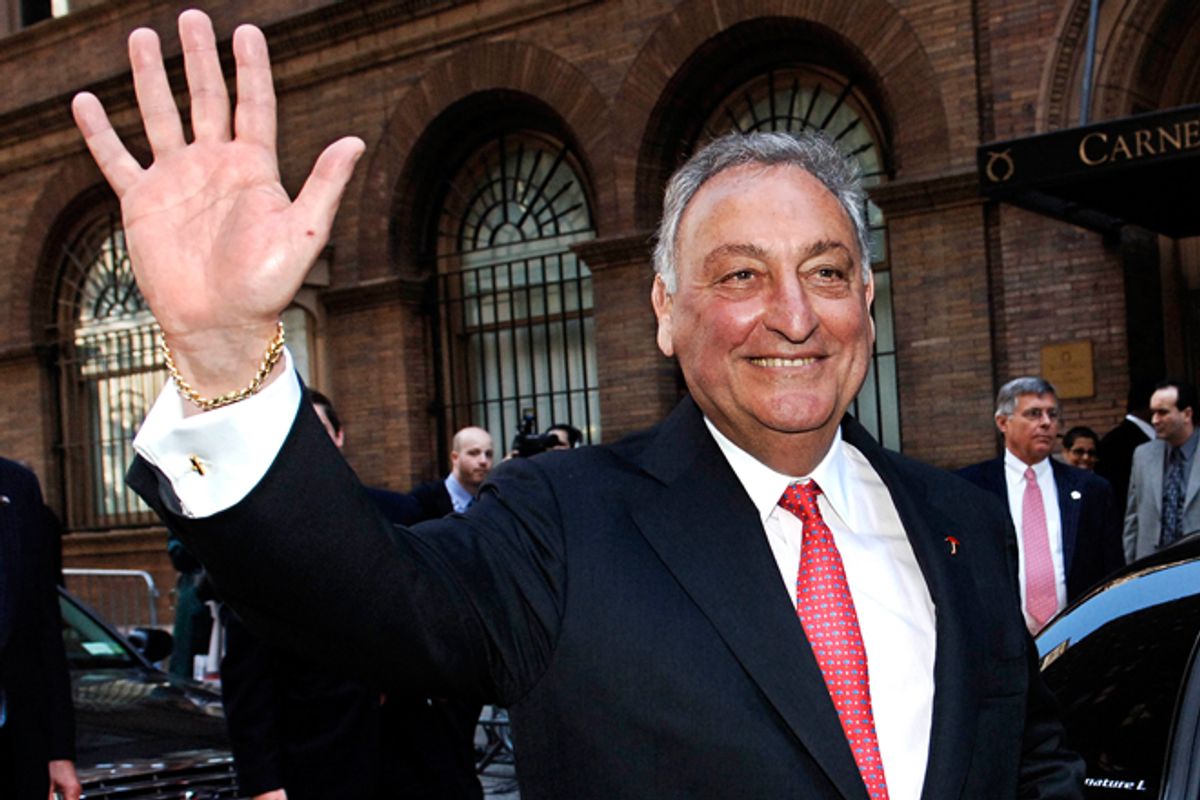 I'm having trouble thinking of the proper simile to describe the news that Sandy Weill -- the creator of Citigroup, the ur-mastermind of Too-Big-To-Fail banking, the man most responsible for repealing Glass-Steagall -- now thinks that the big banks should be broken up.

Genghis Khan, on his deathbed, declaring that pacifism is the way to enlightenment? Karl Marx embracing the invisible hand of the free market as the best possible way to organize society? Ronald Reagan announcing that, guess what, government is the solution?

Am I exaggerating? You make the call. On CNBC's SquawkBox Wednesday morning, Weill effectively renounced his life work.

“What we should probably do is go and split up investment banking from banking, have banks be deposit takers, have banks make commercial loans and real estate loans, have banks do something that’s not going to risk the taxpayer dollars, that’s not too big to fail."

Why is this so outrageous? Let's go to a presumably reliable source, Sandy Weill's own memoir: "The Real Deal: My Life in Business and Philanthropy." Weill recounts at length his Herculean effort to get Glass-Steagall, the Depression-era law separating investment banking and commercial banking, repealed. His view of his own role in the passage of the law that ended Glass-Steagall, commonly referred to as the Gramm-Leach-Bliley Act, was not modest. In his memoir, he recalls that years after the repeal, he and Senator Phil Gramm used to joke that it should have been called the "Weill-Gramm-Leach-Bliley Act."

But Weill wasn't the kind of guy to wait around for a law to get repealed before he started making his move. His merger of Travelers Group and Citigroup, (which he achieved, by the way, with a big assist from his protégé Jamie Dimon, now CEO of JP Morgan Chase) actually happened before combining investment banks and commercial banks was technically legal.

As summarized by Robert Scheer:

Those [Glass-Steagall] restrictions were initially flouted when Weill, then CEO of Travelers, which contained a major investment banking division, decided to merge the company with Citibank, a commercial bank headed by John S. Reed. The merger had actually been arranged before the enabling legislation became law, and it was granted a temporary waiver by Alan Greenspan's Federal Reserve. The night before the announcement of the merger, as Wall Street Journal reporter Monica Langley writes in her book "Tearing Down the Walls: How Sandy Weill Fought His Way to the Top of the Financial World ... and Then Nearly Lost It All," a buoyant Weill suggested to Reed, "We should call Clinton." On a Sunday night Weill had no trouble getting through to the president and informed him of the merger, which violated existing law. After hanging up, Weill boasted to Reed, "We just made the president of the United States an insider."

Well, I guess everybody has the right to change their mind, huh? The last few years have offered ample evidence -- not least of which is the $45 billion in taxpayer dollars used to bailout Citigroup -- that big banks do not serve the public interest. But let's give Bloomberg's Donal Griffin special credit for twisting the knife at the close of his article reporting the about-face:

Weill said today he altered his view about the industry because “the world changes.” He has been thinking about it a lot over the last year, he said.

Former President Bill Clinton said when he signed the repeal of Glass-Steagall that it was “no longer appropriate” for the economy.

“The world is very different,” Clinton said at a White House signing ceremony.