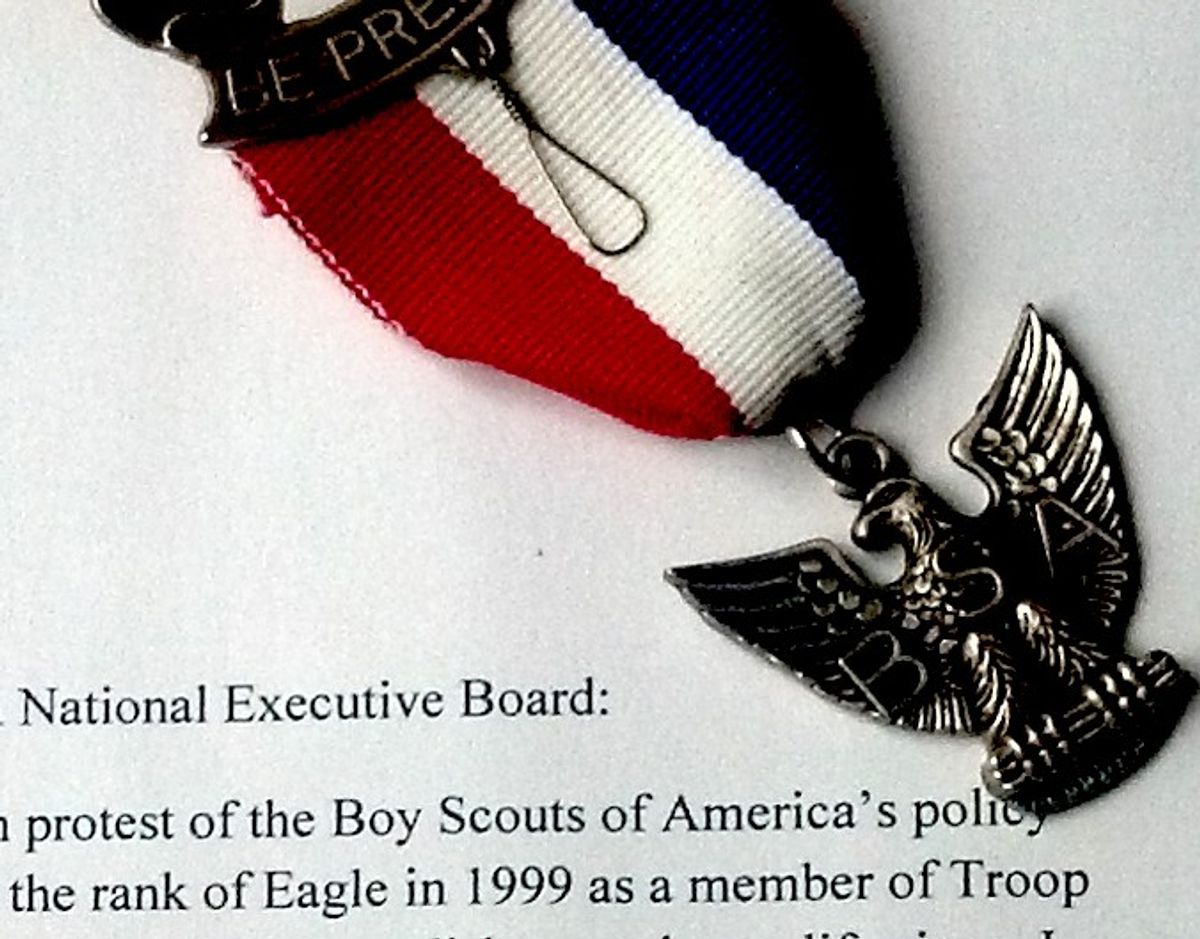 The Boy Scouts of America confirmed to Salon that after a week of controversy surrounding its continuing ban on gays, some Eagle Scouts responded by returning their commendations. "Throughout the years people have chosen to return Eagle medals for a variety of reasons," Deron Smith replied to questions from Salon in an email. "In the past two weeks we’ve received a few (less than ten)."

The group has faced pressure to admit gays for more than a decade. But last week's renewed affirmation of the policy  is increasingly marginal after same-sex marriage has become legal in several states, the military dropped "don’t ask, don’t tell” and President Obama expressed support for same-sex marriage.

The number of resignations has not matched an outpouring of social media activity that followed the decision. In particular, several Eagle Scouts have renounced the title in letters posted online -- including  Douglas Woodhouse, who returned his Eagle Award with a letter that’s posted on Open Salon. Boing Boing alone has published more letters than the Scouts say it has received. As of this writing, the new group Eagle Scouts for Equality has almost 400 likes on Facebook. Founder and Eagle Scout Sam Bonin is encouraging Scouts to lodge protest calls to the organization’s Texas headquarters on Aug. 1, the 100th anniversary of the first Eagle Scout award.

Many of the sorrowful letters say that excluding gays is contrary to the values they learned in many years as Scouts. But Smith tells Salon that Scouts have no obligation to even be aware of homosexuality if they don't want to be.  “Members join Scouting to associate freely with those who share their values, views, goals, and vision—which is a right of all Americans. Forcing parents to potentially have to address this topic with their children before they are ready infringes on their rights to address issues of their choosing, when they wish to address them.”

The Scouts came under further criticism last week after a gay staffer was fired from a Boy Scout camp in northern California. The move prompted 10 other workers to resign in protest.

Woodhouse said he wouldn’t refer to himself as an Eagle Scout until the policy changes. Scouts generally earn the top rank of Eagle after thousands of hours of activity including a major community service project.

“It’s never an easy decision to give up their Eagle award,” Woodhouse said. “No one became an Eagle Scout lightly. This is not a small gesture on anybody’s part.”