Even without opening his mouth, Mitt Romney discomfited the British elite 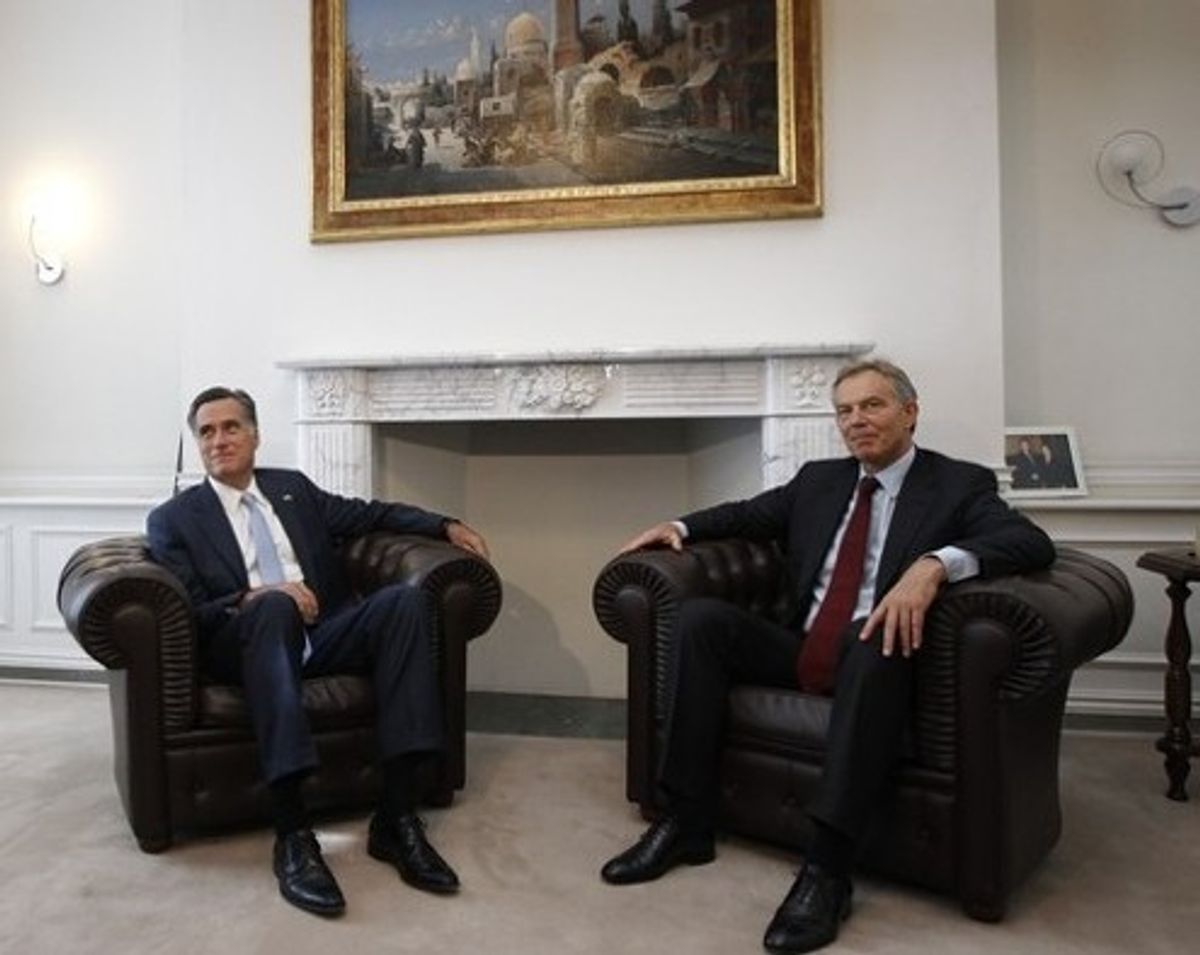 I know plenty of people are going to say that comfort comes with time and that smoothness isn’t necessarily a job requirement. That said, though, Romney’s not going anywhere if the public doesn’t feel comfortable with him, isn’t able to relate to him, and he can’t relate effectively to the public or his peers. And that’s just in the U.S.

How bad a day was it in London? After starting off the trip with his advisor implying racist connections with the UK because we are all white, he revealed that the head of MI6 secretly briefed him on Syria. That was especially disastrous having made such an issue about Obama leaking security information. He said in an interview with NBC that London didn’t appear prepared for the Olympics. What we see in these photos are the reactions of people to the large and varied feet that Mr. Romney stuck in his mouth, making him totally radioactive by the time he got to 10 Downing and David Cameron’s office. (And it didn’t stop there. After meeting Cameron, he forgot the name of the opposition leader during a photo op.  Then he upset everyone in Parliament. Then Boris Johnson mocked him for dissing London’s readiness at a rally with 60K people in attendance. Really, it’s not easy to offend a whole nation, but Romney seemed to manage it. And that was before the media unearthed dismissive quotes about the UK in Romney’s books.) What Romney needed to do today was show up in London and demonstrate that he has basic political instincts, good human relations and diplomatic skills, and he didn’t show it. Instead, what he demonstrated — and what the optics reflect — likely the product of his intemperate nature, is his inability to relate to people and set them at ease.

Even if an aide goes off the reservation and a situation starts on the wrong foot, an effective politician knows how to fake it. That’s just Politics 101. Romney’s been a politician long enough to know how to pull that off and he didn’t today. The net of that is, in the one extended episode in the campaign where Romney, in a foreign affairs audition, had the test of relating to the allies and international leaders, he failed.

Of course, it’s my edit. But the preponderance of today’s images are highly awkward, some almost painful. And, if you look closely, I don’t think that difficulty was lost on the man.