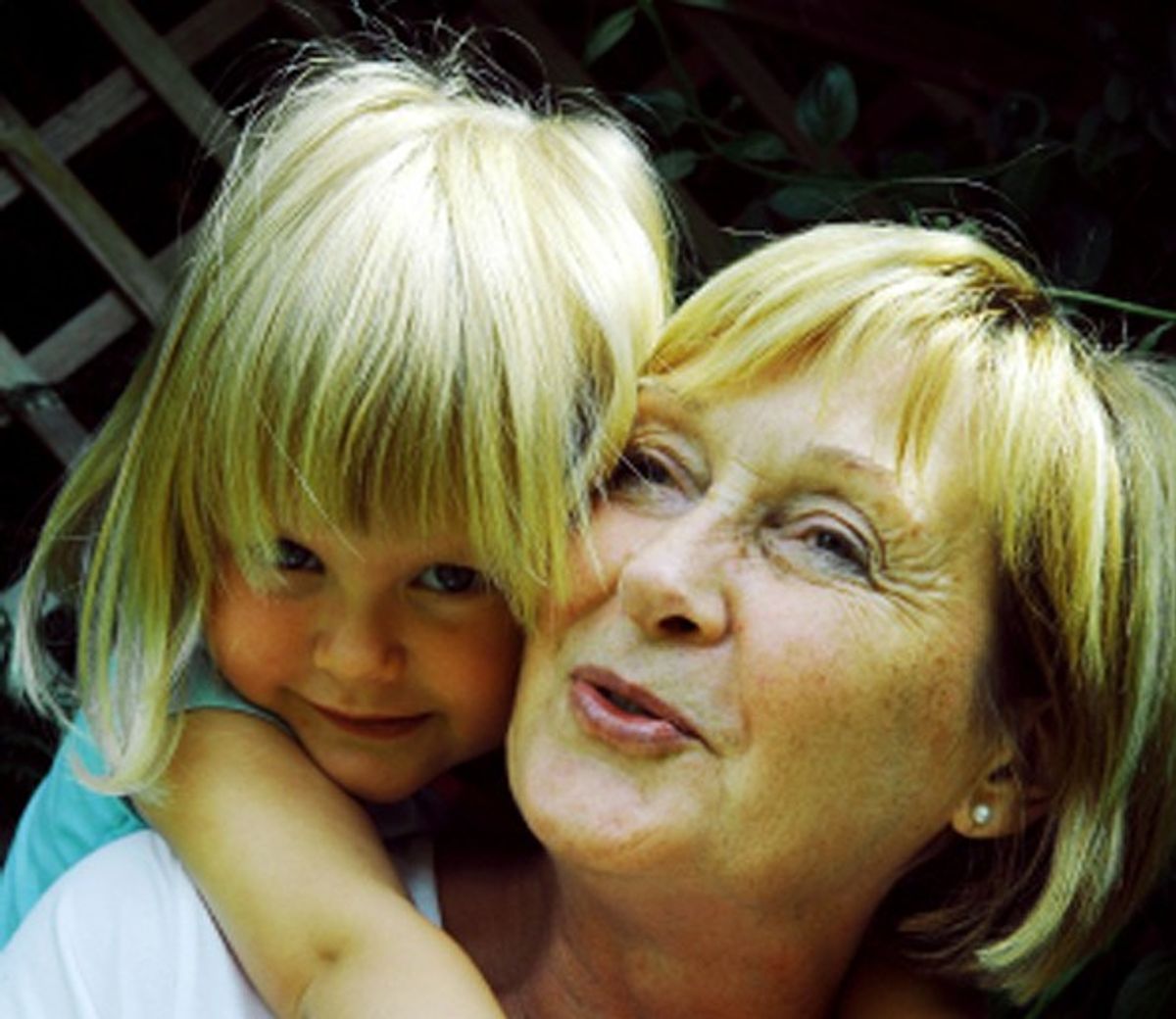 Every business day at 11am, London time, something critical to the world economy happens. Leading "reference banks" are asked what they believe borrowing rates to be. Based on what they say, LIBOR (London Interbank Offered Rate) is set for that day. Those rates then flow through to the broader economy. They determine how trillions of dollars of loans, mortgages and derivatives are priced.

Barclays has admitted that from 2005 to 2007, individual traders nudged LIBOR both higher and lower to suit the investments they were holding in their trading books. They did this in order to maximize their profits. Traders get bonuses based on their profits and losses, and some couldn’t resist the temptation to massage their results to show the biggest gains possible.

And from 2007 through 2011, Barclays deliberately pushed LIBOR down, partly to make it appear that the bank’s borrowing prospects were better than they were during the global financial crisis.

The revelations have triggered a political furor in the U.K.— but nothing comparable, so far, in the U.S.  But this might soon change if a two-year investigation concludes that any U.S. reference bank — including Bank of America, Citibank and J.P. Morgan Chase, or even all three – was in on the fix.

Misguided pundits have rushed to explain the lack of widespread outrage here in the U.S. The New Republic’s Noam Scheiber believes that no one’s complaining because LIBOR fixing was a so-called "victimless crime" in which individuals benefited from lower borrowing rates, while corporations— if they even noticed the manipulations— were also able to borrow at lower rates and so had no incentive to blow the whistle. According to this view, banks kept quiet because the net gains and losses were confined to the banking community where a code of omerta prevails, so long as the consequences remain within the family.

The Daily Beast’s Zachary Karabell goes one step further and blames the victims for shirking responsibility for poor borrowing decisions. He believes that if borrowers—including institutions, pension funds and municipalities-- had practiced a "buyer beware" approach, we wouldn't have the mess, even though he concedes that “LIBOR is the very definition of a rate set by a cabal, ripe for collusion.”

Both these explanations are dead wrong. There are victims in this crime, all right. And those victims are not to blame for bank fraud.

Who lost out, big time, from fixing these rates? Grandma, that’s who! The multiyear pattern of setting LIBOR too low screwed her in six ways. Her finances will almost certainly never recover from the experience. And, needless to say, she never asked for it.

1. Lower LIBOR reduced rates of return on prudent investments.  Two general principles dictate investment patterns during a person’s lifetime. First, as a general rule, people borrow during household formation, save (or invest) as empty nesters, and then spend their savings and investment income during retirement, along with any pensions. Second, investment patterns also change throughout an individual’s lifetime. People invest more aggressively in shares of stock, for example, earlier in life, and then shift into less risky fixed income investments as they age.

When you’re young, you can afford to assume greater risk in order to chase potentially greater investment returns. But as you get older, preserving your capital becomes more important. Prudent investment advice therefore directs older people and retirees into retail bank certificates of deposit, which are priced based on LIBOR benchmarks. So are most money market funds. But following this conventional wisdom has proven to be a bust for Grandma. LIBOR manipulation caused her income to drop by as much as 2 percent.

2. Lower LIBOR squeezed pension yields.  Along with other retirees, Grandma has lost out when the pension she expected to receive ended up with lower returns. Her pension’s viability depends upon the yield of her pension fund’s investments. Lower LIBOR translates to lower rates of return on the floating rate bonds the pension funds hold.

With LIBOR manipulated downward, corporations benefit from being able to borrow at lower rates. But their benefit is retirees’ loss. Either Grandma’s pension benefits must be reduced or the pension plan, public or private, must come up with more money to replace the shortfall from inadequate investment returns. That money has to come from somewhere, perhaps as in the case of public pensions, from higher taxes, or layoffs of teachers, police and firefighters --or any combination of these.

So, in the case of pension investments, the net result of lower LIBOR is a significant wealth transfer – from Grandma, who loses when interest rates decline, to corporations and the banks who’ve benefited from lowering LIBOR.

3. Finagling LIBOR is securities fraud, which ultimately spanks bank profits and harms shareholders.  Finagling LIBOR to windowdress banks’ health is textbook securities fraud, for which banks and their employees should expect to pay civil and even criminal penalties. Banks are also open to considerable civil legal liability, including treble damages available under antitrust statutes, if it can be proven that they colluded in fixing LIBOR. These damages will reduce bank profits, and may depress share prices.

Grandma will be hurt by lowered bank profits, if she owns bank shares, either directly, or indirectly. Bank shares frequently pay dividends, and have therefore in the past been attractive investments for those living on fixed incomes.  Grandma didn’t need to own shares outright to be exposed to bank share price declines. Three LIBOR reference banks— Bank of America, Citigroup and J.P. Morgan Chase – are companies included in the S&P 500. Grandma or any pension fund that invested in index funds has a stake in their success.

4. Artificially low LIBOR prevented bank problems from being nipped in the bud. By underreporting LIBOR starting in 2007 when signs of the current credit crisis were becoming apparent, banks sent a message that they were in less trouble than they later proved to be.

If banks had reported LIBOR accurately, shareholders, regulators and Congress may have more quickly addressed weaknesses in the banking sector in a measured and orderly fashion. Instead, regulators were forced to undertake a massive bailout of banks. The bailout had large budget consequences for the U.S., consuming resources that may have otherwise been available for other purposes, such as programs for the elderly. The bailout hasn’t succeeded, and the banking crisis has imposed continuing, unresolved costs on the broader economy.

5. Low LIBOR helped foreclosure rates to skyrocket for the elderly.  Fixing LIBOR low resulted in less money coming in for a fiscally prudent Grandma. Unfortunately, her living costs didn’t fall to match her declining income. Instead, fuel prices have been volatile, property taxes have risen and food prices are up (and recently rising, as a result of scorching weather in the Midwest).

One of the worst ways Grandma has been slammed concerns what’s probably her single biggest asset: home sweet home. Conventional wisdom says that the elderly are better insulated from housing market price trends because at least they own their own homes. If worst comes to worst, they can just stay where they are. And even if they don’t own their own homes outright, doesn’t lower LIBOR help reduce their mortgages, and therefore keep them in their homes?

A study released Thursday, July 19, by the American Association of Retired People shows that conventional wisdom is dead wrong. From 2007 through 2011, more than 1.5 million homeowners over the age of 50 have lost their homes. The over-75 crowd has been worst hit, with foreclosure rates skyrocketing by 867 percent over that time period, to 3.19 percent. Those in the 50-64 group and the 65-74 group aren’t far behind and have also seen massive increases in the rate of foreclosures. From 2007 to 2011, one out of every 14 people over the age of 50 lost their home to foreclosure—and this figure doesn’t include other distressed sales.

Why, with interest rates declining, did so many elderly people lose their homes? One reason: while the return on fixed income investments has plummeted, lowering the income they have available to pay their bills, many remain locked into fixed-rate mortgages. Only about 3 percent of U.S. variable rate mortgages reset according to LIBOR.

Since Grandma has probably left the workforce and therefore lacks a salary, she’s unlikely to be able to refinance her house. This is particularly true if her mortgage is underwater—meaning she owes more than the house is worth.  Although interest rates may be lower, Grandma’s been unable to take advantage of these cheaper rates.

6. Lower LIBOR devastated state and municipal budgets.  The structured municipal bond market consists of borrowings by states, cities, hospitals, universities and other nonprofits. These complex financings combine a variable rate bond with an interest rate swap so that if all works as planned, borrowers end up with fixed rate financing, at a lower cost of borrowing.

If the variable rate on the swap is based on LIBOR, and LIBOR, is understated, the financing will fail to produce a fixed rate. The two parts of the financing won’t match properly. The borrower will still have to make payments on the bonds it has issued, but there will be a gap between the payments it must make, and the amount it receives from the swap.

It’s important to understand what these transactions are not: state and municipal authorities weren’t trying to make an arcane bet on the direction of interest rates. They were instead trying to buy insurance to protect against interest rate risk. They were told by the banks that sold them these instruments and those that provided them with financial advice that these financing structures were low-risk ways to reduce their borrowing costs. They were advised that this would be the most efficient way to achieve a fixed-rate financing for sewer systems, incinerators, hospitals, schools, transit systems, and other public works, and that they would be protected from interest rate fluctuations.

It’s not turned out that way. The extra money that went to banks that cooked LIBOR came at the expense of these public borrowers, who as a result of entering into such arrangements, face devastating financial consequences. These have led to huge budget shortfalls, which in turn, have caused these borrowers to slice spending, including pensions, school budgets, libraries, police and fire protection. Grandma and Grandpa have been unduly affected by these budget cuts, since the elderly rely especially on public services.

With interest rates at historic lows, why not simply refinance this municipal debt? Like Grandma, these borrowers have found they can’t easily exit these financing arrangements. Banks inserted draconian penalty clauses into the contracts that cover these transactions, and have refused to waive them to allow borrowers to renegotiate a better deal.

Conclusion: Grandma lost out, big time. And the likelihood is that she’ll never recover her losses. No, it’s not a victimless crime. The banks screwed Grandma, and they’ll likely get away with it because too big to fail also means too big to nail, except for a slap on the wrist.

Alexander Arapoglou, professor of finance at the University of North Carolina's Kenan-Flagler Business School, has been a derivatives trader and head of risk management worldwide for various global financial institutions. Jerri-Lynn Scofield has worked as a securities lawyer and a derivatives trader.