The force of Olympic branding

Innovative, expensive and fiercely protected designs point to the growing monetary value of the Games 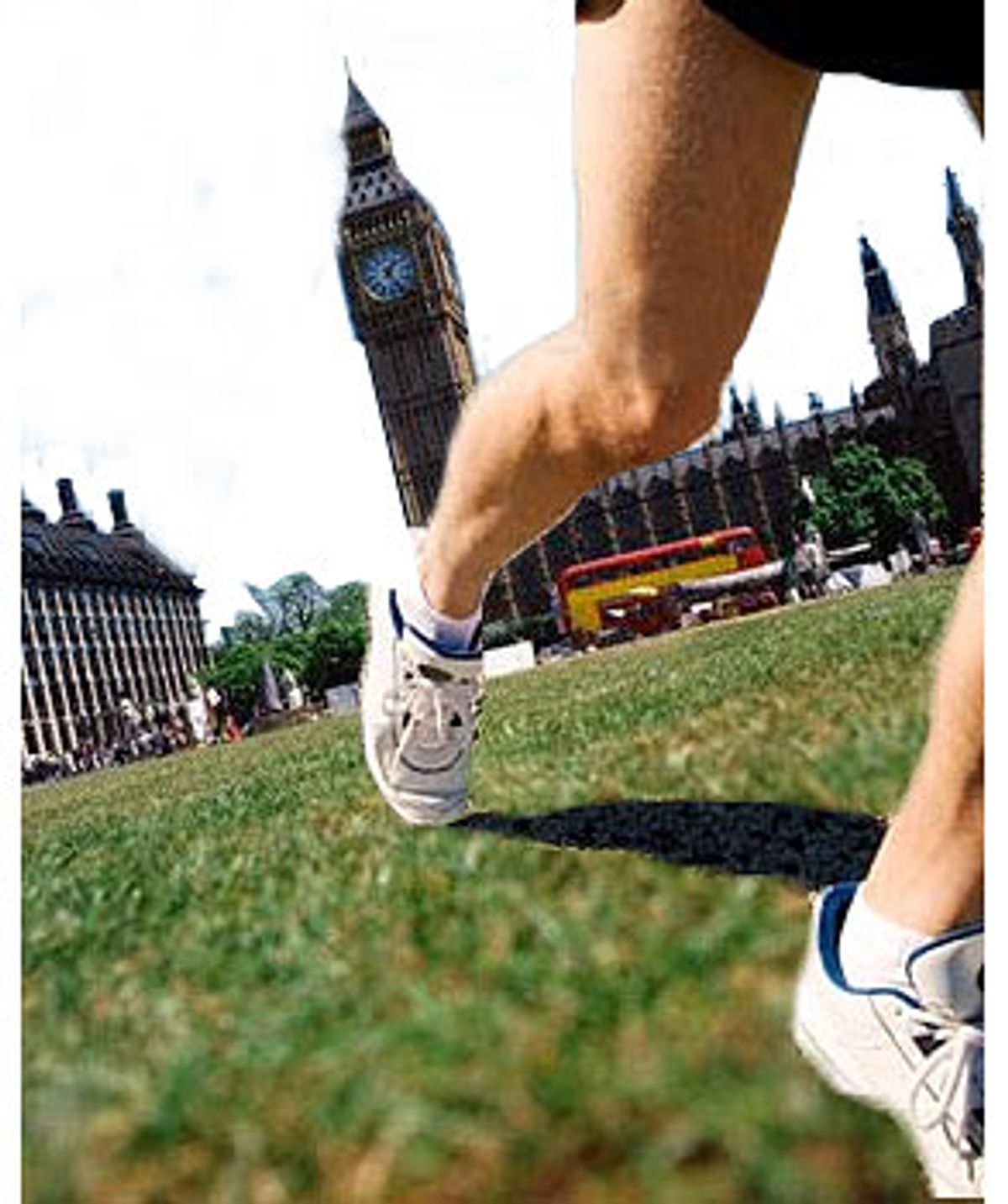 Thou shalt not steal the official London 2012 emblem.

And words like “Olympic,” “Olympian,” and “Olympiad” — well, those are off limits for commercial use too.

That is, unless your company is an official sponsor of London 2012 like Coca-Cola, Visa, and McDonald’s.

As the Olympics commence this summer, the London Organising Committee (LOCOG) is committed to making sure all non-sponsors know that any sort of attempt to profit off of their legally protected phrases and designs will not be tolerated.

Just ask the London café owner who was warned back in May for putting a “flaming torch bacon and egg baguette” on his menu.

Or you could take a stroll by this London café, whose name now reads “Café Lympic” instead of “Olympic,” most likely in response to pressure from committee officials.

With 280 brand police roaming the streets of London checking for such violations, the LOCOG’s message to non-sponsors is loud and clear: the Olympic brand is ours and ours only.

The terms the committee owns rights for, even the misspelled words such as “Olympix,” are protected by series of registered trademarks and Olympics-related laws passed in Britain as recently as 2006. And the official logo for this summer’s Games is exclusive property of the LOCOG as well, purchased from brand consultants Wolff Olins for an impressive 400,000 pounds (almost $630,000) back in 2007.

The steep price of the emblem, along with the aggressive brand management that’s consumed London since its official unveiling five years ago, perhaps best symbolizes the growing value of the Olympic brand.

From McDonald’s French fry monopoly in the Olympic stadiums to Lord Coe’s admonition that spectators may be turned away for wearing Pepsi T-shirts or Nike sneakers to Olympic venues, the LOCOG has made a resolute effort to protect the Olympics from ambush marketing, or strategies non-sponsors commonly devise to attach their own brand to the prestigious Games without paying for sponsorship.

It’s an endeavor that has raised a lot of questions in London, many of them regarding the fairness and morality of the LOCOG’s branding crackdown on small businesses.

The strict enforcement has caused a lot of resentment, especially among vendors and food shop owners whose creative attempts to associate with the Olympics have been condemned.

One London civil rights activist group, Liberty, has been arguing to ease the ban on having Olympic ring displays in store windows, calling for more “common sense” and “proportionality” from the committee.

But others see the LOCOG’s micro-management of the brand as justifiable.

Mark McDonald, an Asia correspondent for the International Herald Tribune who has covered eight Olympics in person, told GlobalPost that while some of the LOCOG’s protection strategies may seem a bit overbearing, there are heavier threats to the Olympic brand that justify bold reactions.

“There are much more serious attacks on the brand that the Olympic Committee has been very proactive about. It’s just part of capitalism. People too often get a little upset because they still buy into this mythic idea that the Olympics are about amateurism and the wholesale pursuit of sports in a pure and unadulterated way.”

McDonald, who became one of the world’s first Olympic beat writers when the Dallas Morning News pioneered a specialized beat for international sporting events, said he’s generally sympathetic to the LOCOG’s careful management of the growing Olympic brand.

“In the same way that Apple or Toyota or any other international business tries to protect its brand and its products, the Olympics have done the same thing. Sometimes it can seem overdone and a bit ruthless and over-aggressive, but this is their stock in trade, this is their product.”

“Caterpillar has backhoes, Apple has iPhones, and the Olympics have the Games. They have to protect that brand.”

In London, the LOCOG is doing just that.

Like every previous Olympic committee has done, London’s committee is on a quest to make this summer’s spectacle a bigger and better show than the one before it. And that requires more money from sponsors who want more and more protection in return.

Now more than ever, the question of how far the business end of the Olympics can progress before it dilutes the main attraction — the top athletes of the world competing against one another in the same place at the same time — is a relevant one.

But some, like McDonald, are not worried that all the negative attention surrounding the branding of London 2012 will have any measurable effect on the world’s love of the Games.

“The TV contracts and the viewership keep going up. I don’t sense that people are put off by oversaturation of the logo or the brand,” McDonald said. “In terms of the logo and the Games themselves, there is such a great show and there are such great stories. I think people really look forward to seeing the competitions, winter and summer.”