Why the South China Sea fuss?

It all comes down to money and power, says Andrew Billo, senior program officer with the Asia Society 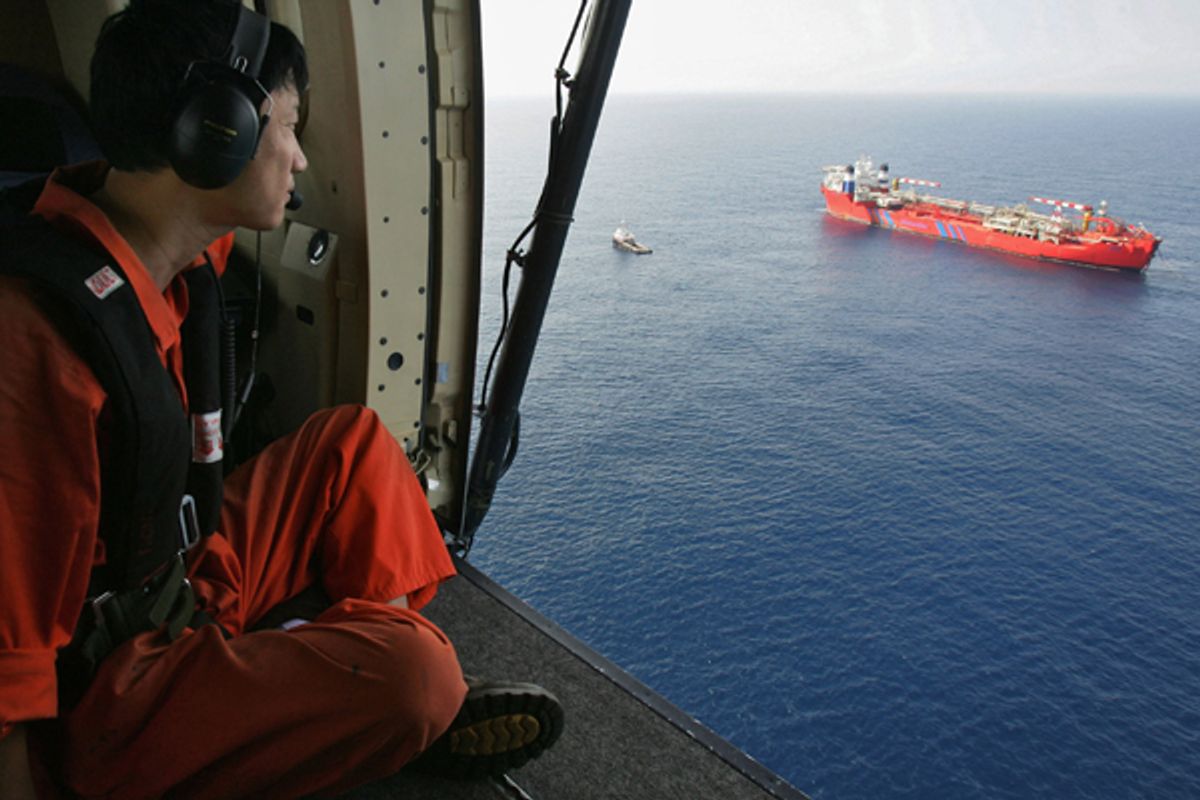 A helicopter flies past an oil production vessel in the South China Sea, May 23, 2006
--

After the disparate nations that make up the Association of Southeast Nations (ASEAN) failed to agree on a roadmap to resolution on the South China Sea, China went ahead and — shockingly — did its own thing.

It established a brand new city in the region.

For some time, China has claimed the islands in the South China Sea and the surrounding waters as Chinese territory. It says that historical findings in the area, namely pottery shards and some old maps, mean the entire region belongs to China, full-stop.

From the perspective of the UN Convention on the Laws of the Sea, however, a number of Southeast Asian countries have legitimate claims to territory in the South China Sea.

In effort to clear up any gray area, China has established its new prefecture, called Sansha and located on Yongxing Island, which is meant administer the Xisha, Zhongsha and Nansha Islands and their surrounding waters in the South China Sea.

To help make sense of the moves we talked with Andrew Billo, senior program officer with the Asia Society who specializes in Southeast Asia.

The South China Sea has been a flashpoint for decades. What is pushing the issue to a head now?

Without a doubt, the US involvement is pushing this to a head. The new factor over the last, say, two years, is the increased US interest in this region. Southeast Asian countries are emboldened by US interest in this issue and the fact that they might have the support of the US military in respect to this issue even if the US has not explicitly said so.

The US has said explicitly that it’s not taking sides in the matter but at the same time it’s evident to everyone involved that the US is in fact showing partiality to some of these smaller ASEAN countries.

The US has been pressing very hard in the region, with Leon Panetta going to Vietnam and with the US submarine being parked in Subic Bay in the Philippines. These are little measures, but they are making China nervous and making China assert itself to a greater extent within this region.

And the economy is behind the US interest?

What's really at stake in the South China Sea?

Primarily the energy resources, and to a lesser extend the fisheries, and then to an even lesser extent tourism potential. And the other issue is of course the freedom of navigation issues. But I see it primarily as an energy issue. People are eyeing the energy potential of the region, I don’t think they're out to block these trade routes specifically.

What is that resource potential exactly?

Well, no one really knows actually. Any time exploratory activities are undertaken, other countries put up a fuss. China won’t even let Vietnam begin to look, or when Vietnam does begin to look there’s always an issue. So people don’t really have a very clear idea as to what it is exactly that they’re fighting over. But I think that potential is there.

So are we likely to see an escalation soon?

I think at present the economies in that part of the world, or at least in that basin, are relatively stable and even growing, so it isn't in anyone's best interest to have tensions escalate. While things continue to progress in a more or less positive manner, so long as these societies are relatively content with their situation, we aren't likely to see an escalation.

But at a certain point China’s not going to have sufficient energy resources to support its own population. Nor are some of these other countries. If it gets to that point, that’s when we’ll see an escalation. Conventional belief is that this will not really escalate really further within the next 10 years or so, but after 10 years, who knows? This is the window of time to iron things out before it comes to a head.

What can be done to iron things out?

I think ASEAN is the best way to move forward with this, and they have a declaration on the code of conduct with respect to the South China Sea. But ASEAN also issues a lot of declarations, and declarations are just that. They’re not binding.

There was a lot of disappointment at the recent ASEAN summit in Cambodia when they were unable to issue further steps forward with respect to the code of conduct. China lobbied very hard for Cambodia to keep the issue off the agenda. So that was a significant blow to this moving forward.

I think it's a tough year right now with US political change and Chinese political change. I think that if you can get past the end of this year then it buys more time and allows things to cool off a bit.