No one vetted Mitt

How did the Republican Party miss so many of Mitt's problems? You can thank his weak primary opponents 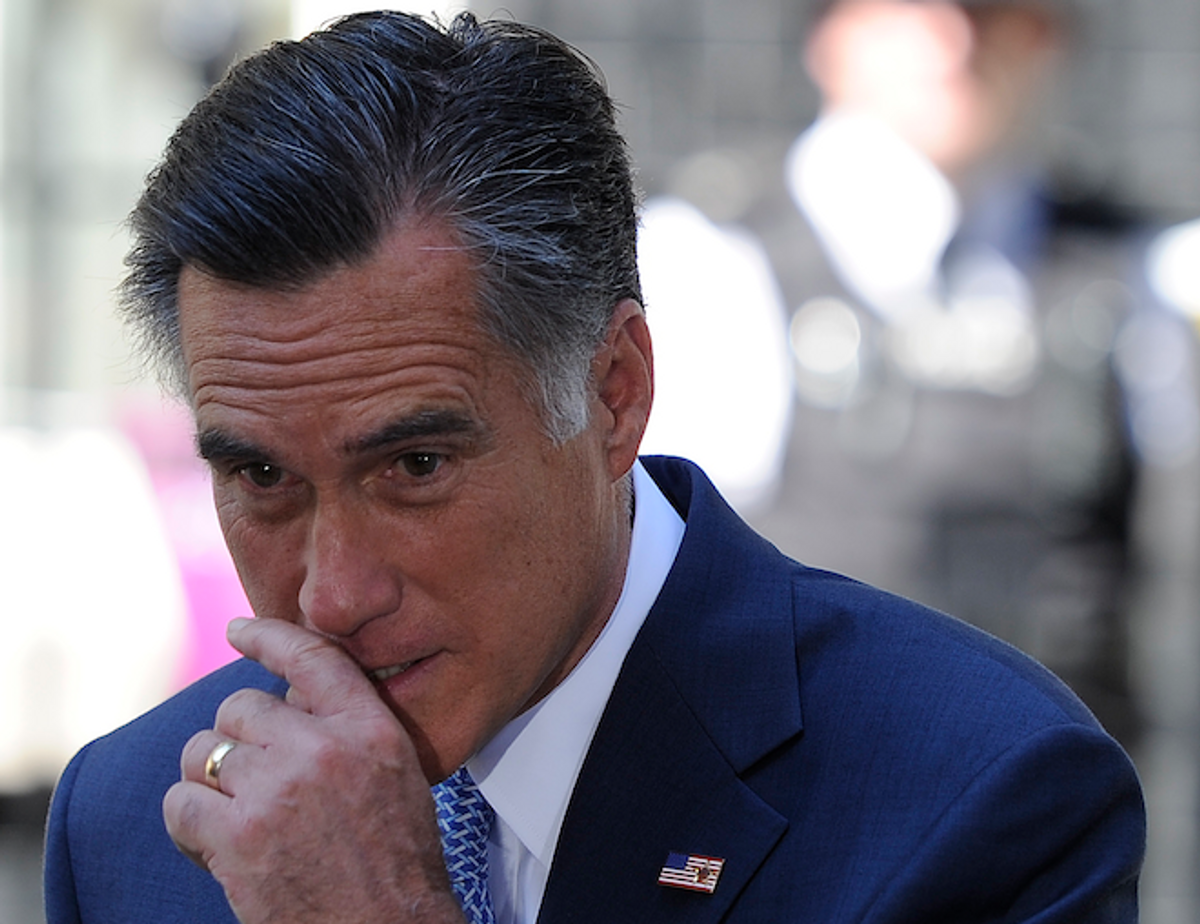 I can’t tell you that Mitt Romney’s stumbles in London, as embarrassing as they are, will cost him even a single vote in November. But this latest campaign glitch is a good reminder that something really unusual did happen in the nomination process this cycle, and it leaves Romney as an unusually untested, and undervetted, nominee.

And it’s not just his London fiasco. It’s also new information that Barack Obama’s campaign has dug up about Romney’s business career. And that Romney hasn’t released more than (most of) one year of tax returns, unlike most recent candidates. And other things, such as the news this week that Romney was at one point a registered lobbyist.

Under the modern vetting system, party leaders of all types can play a role by planting stories in the press, and the press itself might be able to develop stories on its own. But the real driving force behind a lot of the factual vetting – that is, digging up potentially embarrassing stories – comes from the other candidates. So it’s a pretty big deal when no one does that.

Remember that Romney’s most visible opponents during most of the nomination process were either dramatically underfunded or were otherwise unable to run a normal campaign with a fully staffed opposition research operation and the ability to effectively challenge Romney with what they learned. Rick Santorum’s campaign was almost comically understaffed; Herman Cain, Michele Bachmann and Newt Gingrich weren’t much better. Gingrich did benefit from outside attacks, but apparently didn’t have the staff necessary (or perhaps the interest in deploying staff) to really know what in the ads was accurate and what wasn’t, making it fairly easy for Romney to dismiss the whole thing once some questionable assertions were found. At any rate, most Republican opinion leaders didn’t really want to hear that sort of attack in the first place, and so even a lot of anti-Romney Republicans didn’t follow up on it.

The truth is that there were only two other potentially “normal” campaigns that could have adequately vetted Romney. The first belonged to Tim Pawlenty, but he dropped out so early that there was little chance for him to do much. The other was Rick Perry, but not only did he start late, he also collapsed quickly, and wound up strategically focused on defeating the other also-rans instead of taking on Romney.

There’s more to it, however, than just digging up opposition research. Part of the virtue of the modern nomination system is that it forces candidates to campaign all over the nation, which presumably prepares them for the general election. Certainly, anyone who watched the Democratic debates in 2008 knows that Barack Obama improved dramatically over time; without having the experience of sharpening his skills against Hillary Clinton and the rest of the field it’s very possible he wouldn’t have done as well debating John McCain in the fall.

Yes, Romney did all of that – including the debates, where he performed quite well. However, Romney didn’t wrap up the nomination through that public campaigning; he basically won it by squeezing out strong potential candidates before they got started, or perhaps by getting lucky about who ran (it’s hard to tell whether any particular potential candidate dropped out because of Romney’s strength or simply because of a personal decision). As a result, part of why Romney did so well in the debates is because he was so rarely challenged. Moreover, he had the luxury of being able to avoid the press (since he wasn’t in need of extra publicity), and for the most part ignoring any attacks that did come his way.

The result: an unusually untested, and even unvetted, nominee.

Now, I have to be clear about this. There’s a piece of conservative crazy that insists Barack Obama was never vetted, and that there are both deep dark secrets that haven’t been revealed and horribly damaging stuff that was insufficiently reported, or that John McCain never used in attacks. The reason that’s not true is because Obama did go through an intense nomination campaign, followed by a general election contest and then three and a half years of a presidency.

Granted, there’s always the chance that someone is hiding something, but pretty much what there is to know about Barack Obama is out there, and for better or worse it’s already built into what Americans think about him. That’s very much not the case for Romney, however. Yes, he has run twice for president, but by normal standards, he just hasn’t been tested on the campaign trail very much. It’s not even just the presidential level; after all, he’s only run for office two other times in his life. That’s rare for a politician at this level.

Will all of this matter? That’s harder to say. My general sense is that the challenger doesn’t matter very much, generally, in presidential reelection efforts; the election is more a referendum on the president. So I’m not sure that it’s a very big deal. And it’s also possible that Romney will do well despite his inexperience. Although London surely doesn’t support that theory.

Still, I think there’s a bit of downside risk for Romney that isn’t fully appreciated. And in a very close election, that might just turn out to be something important.