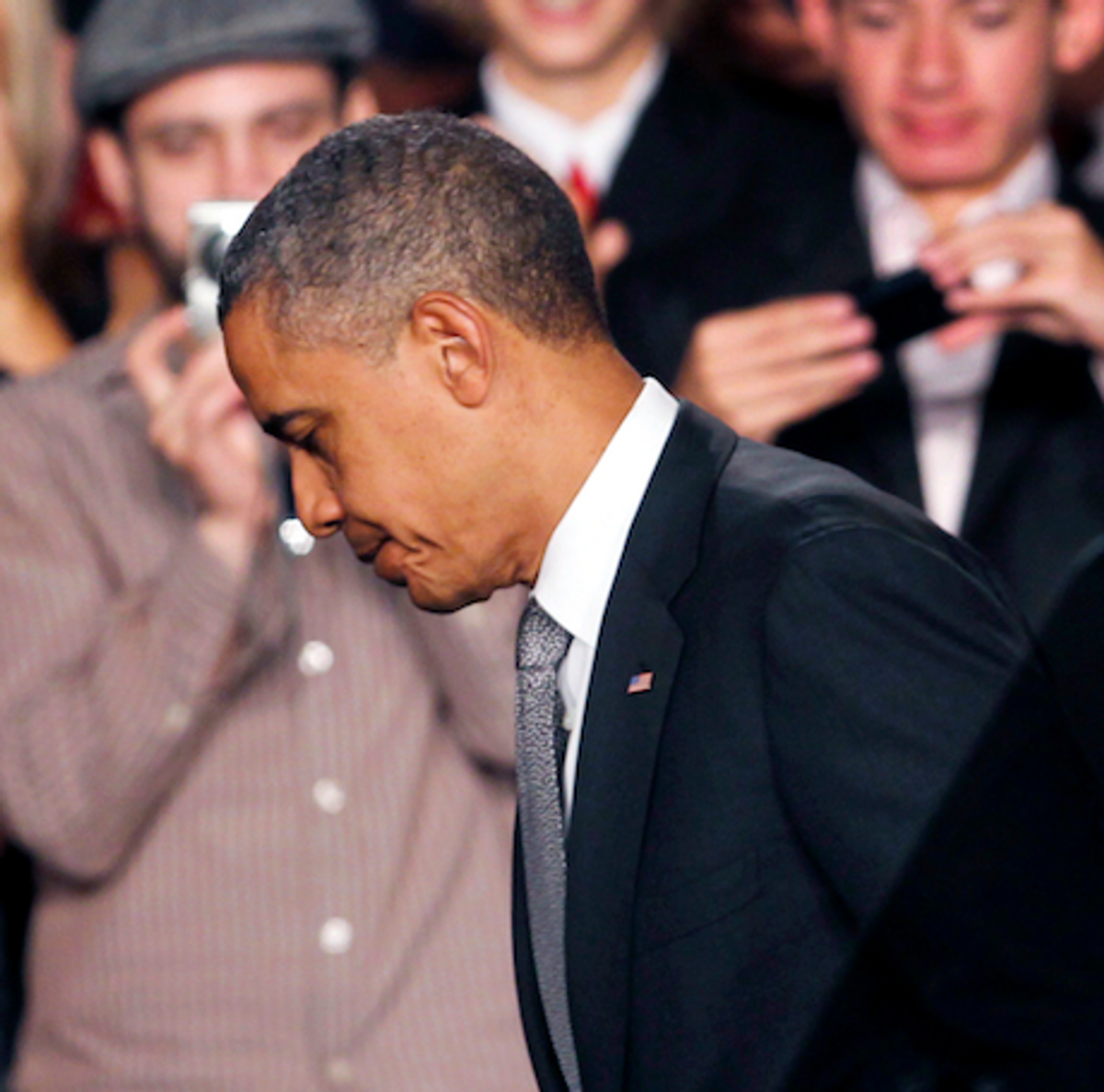 The widespread belief on the right that Barack Obama is a Muslim is one of the stranger features of this period in history. There are some of them who know that Obama says he's a Christian but are sure that's all an act designed to fool people, while he secretly prays to Allah. But there are probably a greater number who haven't given it all that much thought; they just heard somewhere that he's a Muslim, and it made perfect sense to them—after all, he's kinda foreign, if you know what I mean. Rather remarkably, that belief has grown over time; as the latest poll from the Pew Forum on Religion and Public Life shows, fully 30 percent of Republicans, and 34 percent of conservative Republicans, now believe Obama is Muslim. These numbers are about double what they were four years ago.

You can bet there aren't too many who think there's nothing wrong with it if he were. For many of them, it's just a shorthand for Obama being alien and threatening. So it leads me to ask: Can we say, finally, that no Democratic president has ever been hated by Republicans quite as much as Barack Obama?

In the past when this question has been asked, the sensible reply is to not forget history. After all, when Bill Clinton was president, one of the Republican Party's most respected figures distributed videotapes of a documentary alleging that Clinton was the head of a drug ring and had murdered dozens of people. And they did impeach him the first chance they got. Republicans had a visceral hatred for Franklin Roosevelt, too.

But I really think we've reached a new height. What makes this different isn't just the kind of venom you see among the party's true-believing supporters but that the hate goes so far up, all the way to the top. The party's candidate for president literally claims that Obama hates capitalism and is not really American (Mitt Romney recently said, and not for the first time, that Obama has a "very strange, and in some respects foreign to the American experience type of philosophy"). Liberals look at conservatives claiming that Obama is a socialist or that he doesn't really love America and think, "Those people are nuts." But there is practically consensus in the GOP that these things are true. If a Republican candidate came out today and said, "Barack Obama is a good person who loves his country, but I just think he's wrong about policy," that candidate would probably get kicked out of the party.

This antipathy has multiple sources interacting together, so it's overly simplistic to say that it's just because of Obama's race, or it's just because of heightened partisanship. But it's getting harder and harder to claim that there's ever been a Democrat Republicans hated more.