Is it back to the bongs and ice cream for the greatest Olympic swimmer ever? 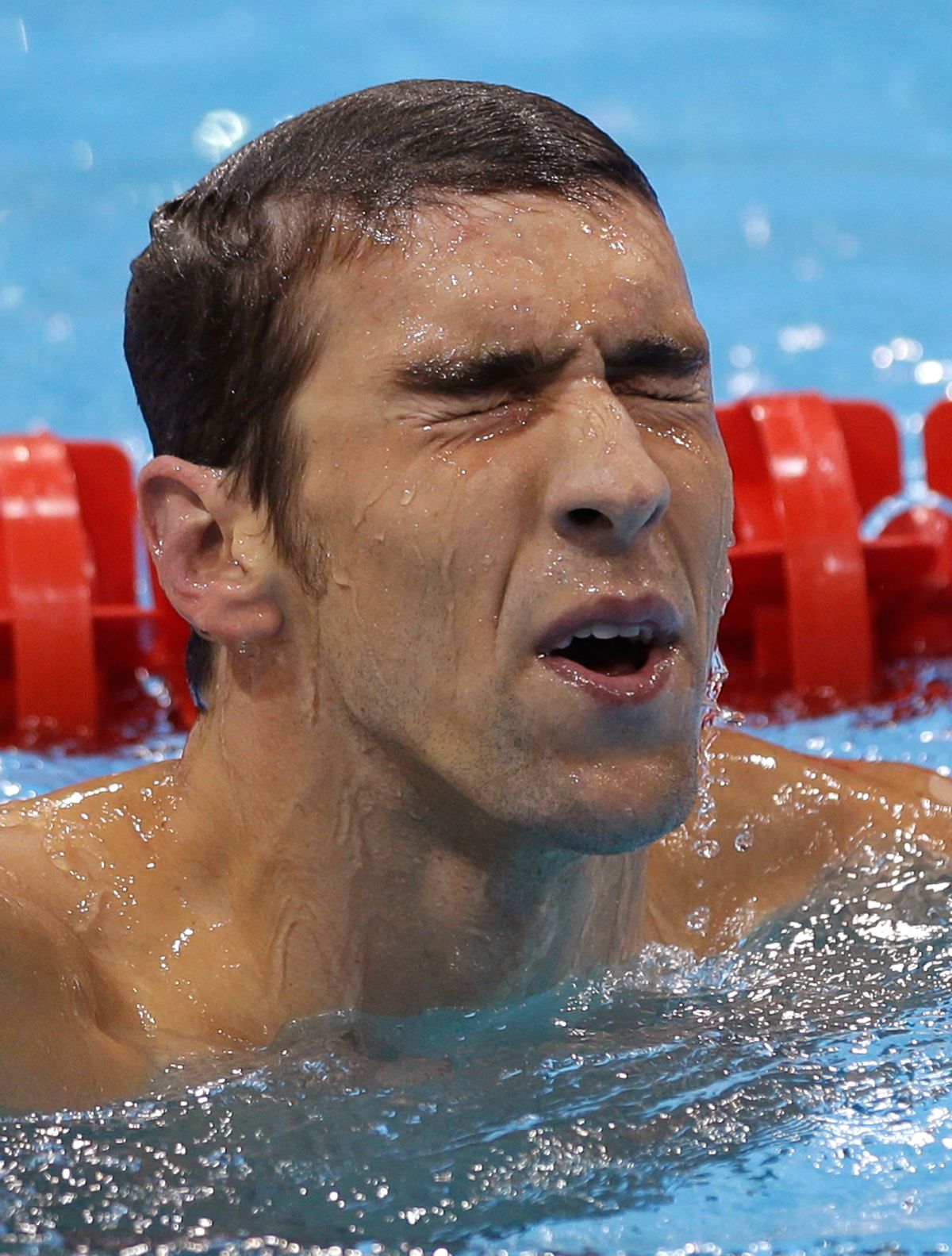 I first met Michael Phelps in June 2004 when he was still an 18-year-old Olympic hopeful. I talked to him for Interview magazine, but it wasn’t much of an interview.  Michael wasn’t the most reflective kid in the world – I don’t think I’m dropping any secrets here -- and it was one of the things I liked best about him. I had interviewed baseball star Alex Rodriguez a few months earlier, and every question was torture – or rather, A-Rod’s replies were tortured, as if he had to consider each word three times before saying it.

In contrast, Michael was happy to give me the first thing that came off the top of his head. For instance, when he wasn’t in his Spartan-like regimen, what did he like to gorge on? “Oh, man, give me French vanilla ice cream served in big-ass waffle cones with so many Butterfinger chips that you’ve got to fight to get to the ice cream.” He loved DMX’s “Party Up” – “especially the extended version, the one that runs for nine minutes.”

That was pretty much the interview; the kid already had an agent, who told me, “We’ve had to turn down media. Every 15 minutes in Michael’s life is accounted for.” I thought, that’s a shame, because Michael really enjoyed being a boy, and I wished he had more time to work at it.

What I wished for him was to have one more glorious Olympics, quit competitive swimming and try to be the eternal kid – one of those athletes who always seem boyish and never seems to age.  The one thing I never wanted to see was Michael Phelps anguished. And that’s  the way he seemed after fellow American Ryan Lochte won the 400m individual medal. He barely qualified for the final, struggling to a fourth-place finish.

Not  only did he struggle, he looked as if he could barely get out of the pool. Maybe for the first time in his young life it occurred to him that he may have to adjust to a world without swimming, a world in which he was only an ex-champion.

Lochte was gracious: “I think I’m kind of in shock right now. I know he  [Phelps] gave it everything he had. That’s all you can ask for.”  Yes, Michael did give it everything he had, which is why Lochte’s words must have stung. For nearly nine years he was the best in the world, and now the best he had was only good enough for fourth place. Sic transit glorius mundi, Michael. I hope when you get home you settle down with a nice big bong and all the French vanilla ice cream and Butterfinger chips you can eat.

I was actually several minutes into the women’s beach volleyball  -- “The Olympics’ sexiest sport, Bob Costs dared to call it –  match with our girls Kerry Walsh Jennings and Misty May-Treanor facing off against Australians Tasmin Henchley and Natalie Cook, a five-time Olympian, before it struck me how absolutely absurd it is to try to recreate a Southern California setting in the middle of London. From where did they import the sand? If California, wouldn’t that give the American women an unfair advantage? And where did they get that sunshine? A million-volt sunlamp?

Walsh-Jennings and May-Treanor (the wife of L.A. Dodgers catcher Mick Treanor) were lithe and deadly and whipped the Sheilas 21-8 and 21-19. They’ve never lost a set in three Olympics, which places them among the most dominant Olympians. (The match was such a hot ticket that Sir Paul had to hustle to cop a last minute seat.)

A lot of people are peeved with Bob Costas for not making more of IOC president Jacques Rogge’s refusal to cal for a moment of silence on the 40th anniversary of Munich. I think Costas, by not showboating or placing himself at the center of the controversy, handled the matter with tact and taste. As the athletes entered the stadium for the opening ceremonies Costas remarked that Rogge had led a moment of silence for the murdered Israelis at the Olympic Village earlier in the week with about 100 people in attendance. Here are his words as I recorded them from the telecast: “Still, for many, tonight, with the world watching, is the true time and place  to remember those who are lost and how and why they died.”

Then Costas stared into the camera for six or seven seconds, before NBC cut to a commercial. Point made.