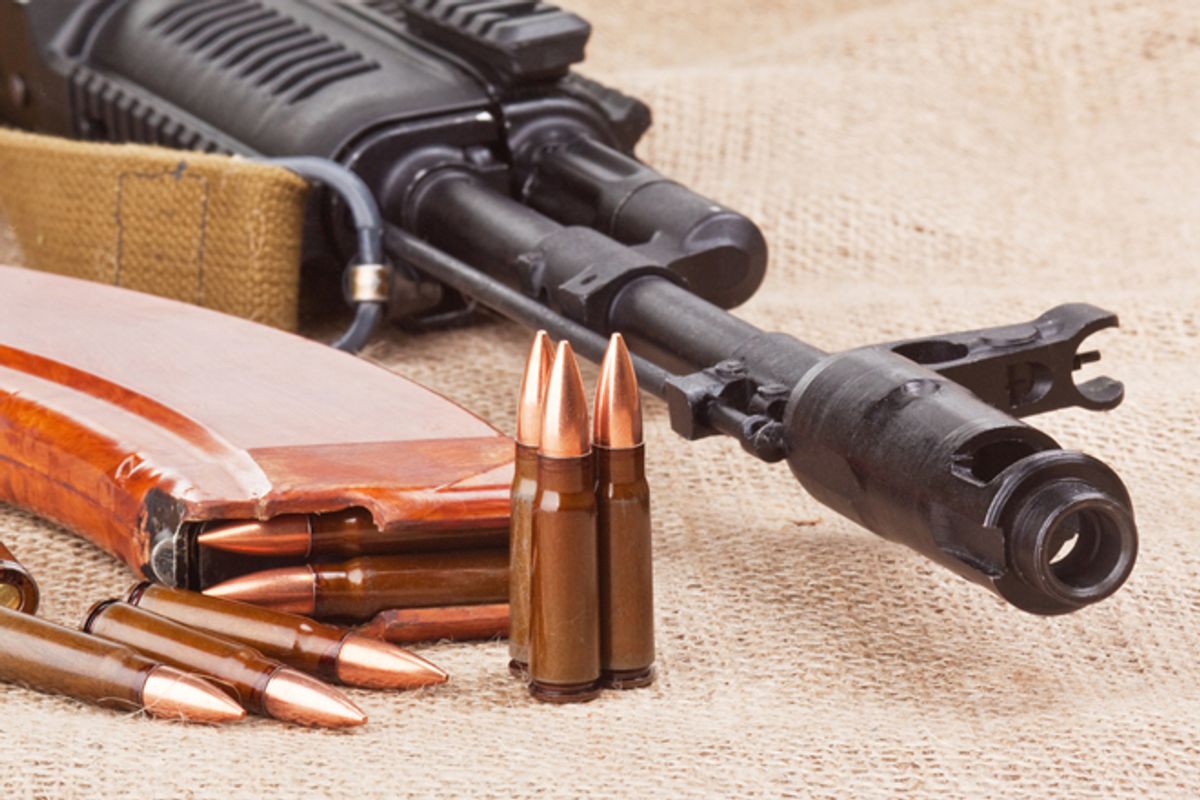 In 1996, Mark Rosenberg and Jay Dickey were arch-rivals in a key battle over guns. Rosenberg ran the National Center for Injury Prevention and Control at the Centers for Disease Control and Prevention, and Dickey, a Republican member of Congress from Arkansas, was spearheading an effort to eliminate it. The issue was publicly-funded research conducted by the Center that exposed the public health dangers of gun ownership. The powerful National Rifle Association was not pleased, and Dickey took up the cause, first trying to kill the agency outright before successfully stripping funds for gun research and putting into law new prohibitions on this kind of inquiry. At a hearing in May of that year, he accused Rosenberg of secretly "working toward changing society's attitudes so that it becomes socially unacceptable to own handguns." Dickey’s amendment effectively stopped all government research into the hazards and potential solutions for a society with an estimated 270 million privately-owned guns.

But just over 15 years later, Dickey has had a change of heart and he and Rosenberg have come together together to publicly call for for restoring public funding for research into gun safety. In a joint op-ed in Washington Post Sunday, Dickey and Rosenberg write, “We were on opposite sides of the heated battle 16 years ago, but we are in strong agreement now that scientific research should be conducted into preventing firearm injuries and that ways to prevent firearm deaths can be found without encroaching on the rights of legitimate gun owners.”

“One of us served as the NRA’s point person in Congress,” the op-ed continues, noting that Dickey’s amendment “sent a chilling message” to gun researchers. “Since the legislation passed in 1996, the United States has spent about $240 million a year on traffic safety research, but there has been almost no publicly funded research on firearm injuries,” they note, even though firearms kill almost as many Americans every year (about 31,000) as motor vehicle crashes (about 33,000).

“As a consequence, U.S. scientists cannot answer the most basic question: What works to prevent firearm injuries? We don’t know whether having more citizens carry guns would decrease or increase firearm deaths; or whether firearm registration and licensing would make inner-city residents safer or expose them to greater harm. We don’t know whether a ban on assault weapons or large-capacity magazines, or limiting access to ammunition, would have saved lives in Aurora or would make it riskier for people to go to a movie. And we don’t know how to effectively restrict access to firearms by those with serious mental illness,” they warn.

For a self-described “point-person of the NRA” in Congress, this is a fairly remarkable admission in a time when even most Democrats are not willing to take up common sense gun control measures. Rosenberg, who now heads the Task Force for Global Health,  told Salon the joint effort came about after he and Dickey struck up a friendship after battling each other in the 1990s.

“I’ve been talking to Jay Dickey for a long time. We were really strongly opposed in 1996, but after that, we realized we had some things in common,” he said, including how they viewed science. “We became friends, and I think we learned to respect each other and learn from each other," he said, explaining that he hoped they could be an example of finding common ground in a political era with little bipartisanship. "We both have moved some,” he added.

He said that he and Dickey,  who is now a consultant with his own firm, were compelled to write the column after hearing President Obama refer to the recent shooting in Aurora, Colorado as “senseless,” as if mass shootings are simply beyond comprehension and thus not worth trying to understand or prevent. “I was aghast that the president would use these terms to describe it,” he said, arguing that “the biggest threat to global health is fatalism." Mass shootings have causes that can be studied and understood just like traffic collisions, hurricanes or any other damaging incident, Rosenberg argues. But like traffic or hurricanes, gun violence needs funding to be understood and curbed.