Houston is not cool

Let's stop making lists of "cool cities." They use the same boring criteria, and no one wants to live in them 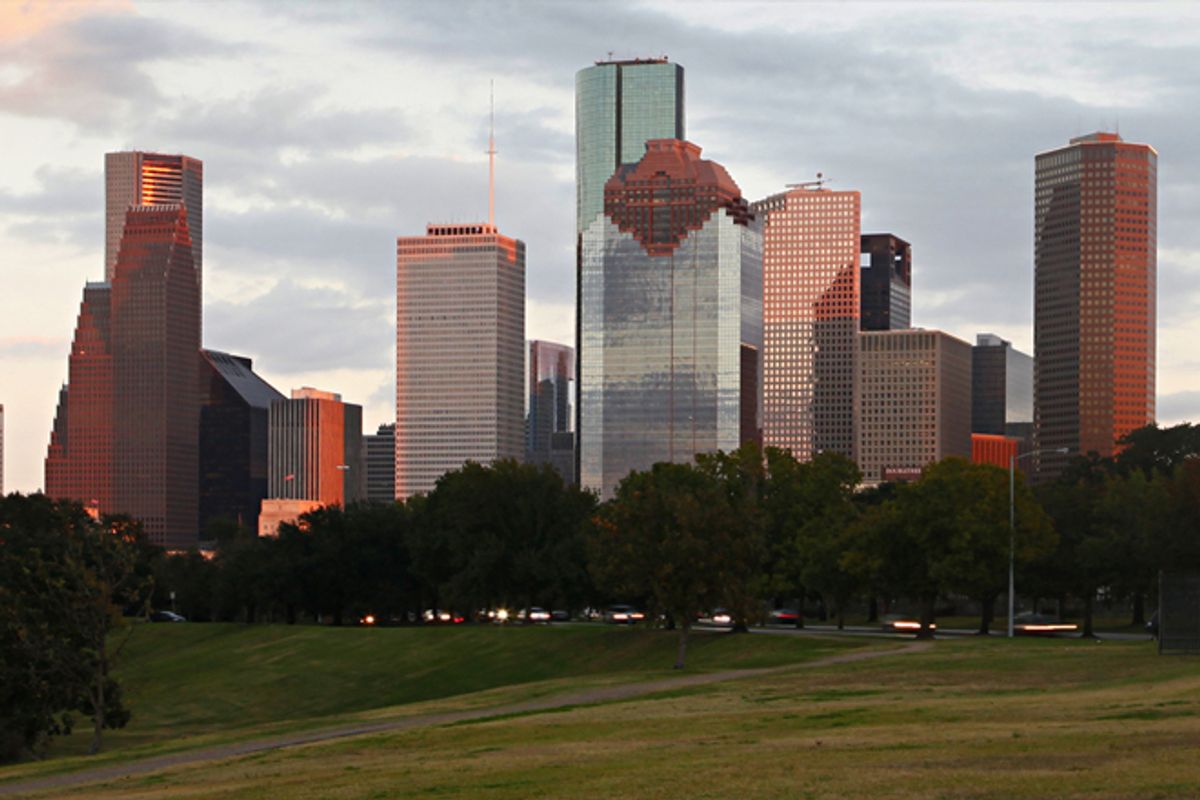 Have you ever wondered why Aunt Jemima offers two instant-pancake mixes: one that requires you to add milk, eggs and oil, and another that requires you to just add water? It's because Aunt Jemima knows that some of its customers are weirded out by just-add-water food, so it gives those people the option of cracking an egg so they'll feel like they're cooking.

The pick of Houston is presented as counterintuitive -- "The Bayou City may not be the first place you associate with being hip or trendy." True! -- but in fact, the criteria used to select it are as conventional as could be. The list works on the presumption that there's broad consensus on the things that a cool city needs to have: young people, "stylish housing developments," galleries, green space, outdoor activities and "the likelihood of meeting another person of a different race or ethnicity" (which happens to Forbes readers all the time!). The idea that a cool city would not have these things is assumed to be absurd.

That this list is equally absurd is obvious. But though lists like this perpetuate the peculiar notion that a city needs to boast a particular set of specs to be cool, they didn't invent it. Check-the-boxes urban cool is so prevalent an idea today that hardly anyone thinks about it anymore: Youth plus lofts plus galleries equals cool. But filing places under "cool" or "not cool" misses a lot of the nuance that makes cities work. Providence recently decided not to create a cool new waterfront esplanade because it would have taken valuable space away from a vital shipping port. The tangle of uncool freeways that run through Indianapolis  serve its lucrative trucking industry. You'd be hard-pressed to find a large stock of "stylish housing developments" in St. Louis, or, if you're white, meet another person of a different race or ethnicity in Portland, Maine.

Are these cities less cool for having these attributes? According to the Forbes definition, yes. But according to the cooler definition of cool, no -- they are thoroughly, precisely themselves.

There's a good story on the Atlantic's website today that talks about how Las Vegas, with its outsize housing crisis and undiversified economy, is like a more extreme version of America in general. Several remedies for the city's woes are suggested, but the one that jumps out comes from Tony Hsieh, a "passionate urbanist" and the CEO of Zappos, the Vegas-based Internet footwear company. Hsieh wants to make downtown Las Vegas "the most community-driven and learning-focused place in America." To that end, he's put $350 million in seed money toward tech start-ups and "community-minded small businesses." And he's rented out "50 units of a downtown condo tower and turned it into a freewheeling tech and culture salon, like a college dorm for a Vegas TED conference."

Tech start-ups! Community-driven! Freewheeling culture salon! Cool! At least by the standards laid out by Forbes and reflected in so much of today's urbanism discourse. But have you ever been to downtown Las Vegas? It's a chintzy, overblown strip of crazily dated casino-hotels. There's nothing "learning-focused" about it. There are no outdoor activities (besides walking while drinking) or stylish housing developments. But there are mob-era steakhouses, fabulous people-watching, and the city's first casino (the Golden Gate, preserved in amber). Is the urban version of a TED conference cooler than this? Maybe to some, but declaring so as fact misses the weird friction that truly defines urban cool. Whatever that is.