Jordyn Wieber shocker: Gymnastics is not a meritocracy

The gymnastics upset grabs headlines, but more amazing Olympics stories can be found outside of prime time 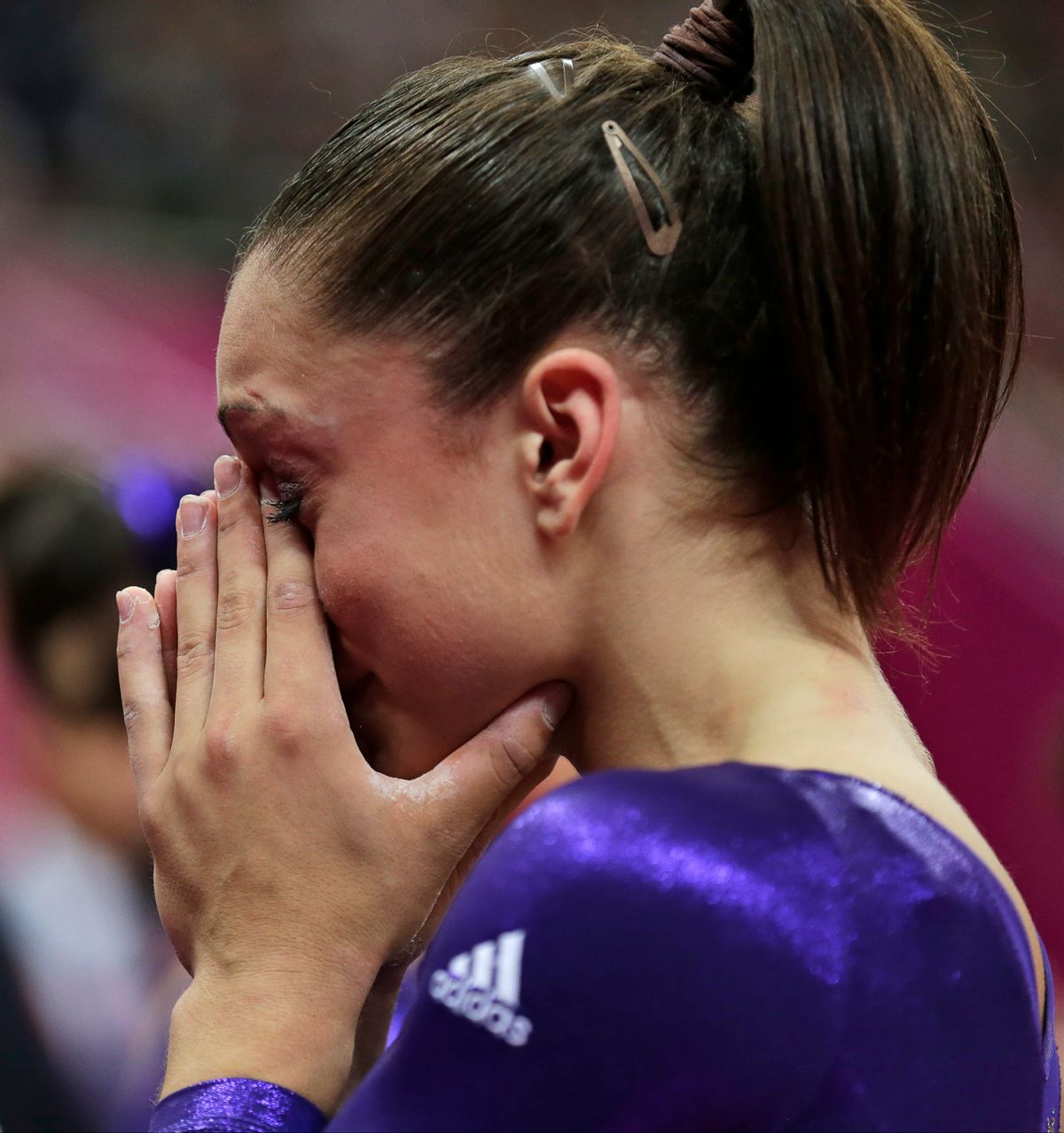 There was mascara and there were tears.

It was a perfectly sad — but perfect — prime-time moment, as Jordyn Wieber, the defending world champion, got the news that she had missed the finals and wouldn’t compete for the all-around gold medal.

But really, why all the fuss? Is the rule restricting each country to two competitors just sort of silly? Sure. But the Olympics are full of rules that sacrifice competition in favor of inclusion.  Maybe the real problem is that USA Gymnastics is something less than a pure meritocracy. Ask Elizabeth Price. The upstart gymnast finished fourth in the Olympic Trials. But she didn’t make the five-member team, because McKayla Maroney, who finished seventh, got the Olympic berth because of her strength in the vault. Price had to settle for being an alternate.

But there’s another reason for the melodrama. Wieber was tonight’s Queen of the Prime Time Olympics, and she’d share her pain, and her running mascara, with all of America.

But there is another, less obvious Olympics.

Earlier yesterday afternoon, I opened my Facebook news feed to find a short cellphone video of a my friend Bill Ruhl with his 12-year-old son, Ryan, and a woman.  The first thing I noticed was that the blond woman wasn’t Bill’s wife.

The second thing I noticed was that Ryan was wearing an Olympic gold medal.

The blonde in the picture was Kimberly Rhode, the American shooter, who had just acquired the medal by hitting an Olympic record 99 of 100 targets in the women’s skeet event. Rhode also became the first American athlete to win an individual medal in five consecutive Olympic Games. Yes, five.

This feat makes Rhode the Most Accomplished Olympian You’ve Never Heard Of. But on her day of Olympic glory, she still found the time to play show-and-tell with a 12-year-old boy from New Jersey.

As she was leaving the venue, Bill shouted, “Kim, can we have a picture with a five-time Olympic medal winner?"

"Sure,” she said and then looked down at Ryan and said, "Would you like to wear a gold medal and hold my flowers?"

It’s true that Rhode looks more like a soccer mom than an Olympic champion, but she’s way more formidable than she looks. In 2004, the Olympic powers that be dumped her event —double trap — from the games. Instead of unloading for good, Rhode switched to skeet and collected more hardware. Asked to compare today’s win to her Atlanta Olympic medal, Rhode gave an answer that hinted at her place in the Olympic star pecking order. “It’s so different. You have car payments, and doing laundry and cleaning house,” she said. “But the emotions are the same.” And while Michael Phelps has worries of his own, laundry and car payments are not among them.

Rhode was yesterday's Queen of the Other Olympics. If you watch NBC’s prime-time coverage, you’ll see Wieber and her teammates defying gravity, Phelps and Friends churning up the pool, and Usain Bolt and buddies tearing up the track, interspersed with the odd feature segments where John McEnroe or Ryan Seacrest gets up close and personal.

If there’s a mascara moment, so much the better. Nothing against Wieber or John Orosco, but watching this focus group-approved, tape-delayed edited-for-content coverage is a little like traveling to a foreign locale and then checking into a Hampton Inn and buying tickets for the bus tour.

The Olympics ought to be a sports fan’s smorgasbord, a quadrennial chance to put aside the ball and the bat and partake of the exotic and the downright odd. The good news is that we live in the age of narrowcasting, and on CNBC, MSNBC, NBC Sports and Bravo, you can find live coverage and a place where under-the-radar stars like Rhode can shine.

Just this afternoon, I learned that when you shoot over the goalie in water polo, it’s called a bunny, that it’s really, really hard to get a dressage horse to just walk in a straight line, and watched a one-armed Polish table tennis player quietly compete against able-bodied rivals without a tenth of the hype surrounding amputee track star Oscar Pistorious.

I also think I may have found a new favorite athlete.

And it’s not Jordyn Wieber.