Romney is in Poland, where the euro zone and financial crises have barely made a dent. That may be about to change 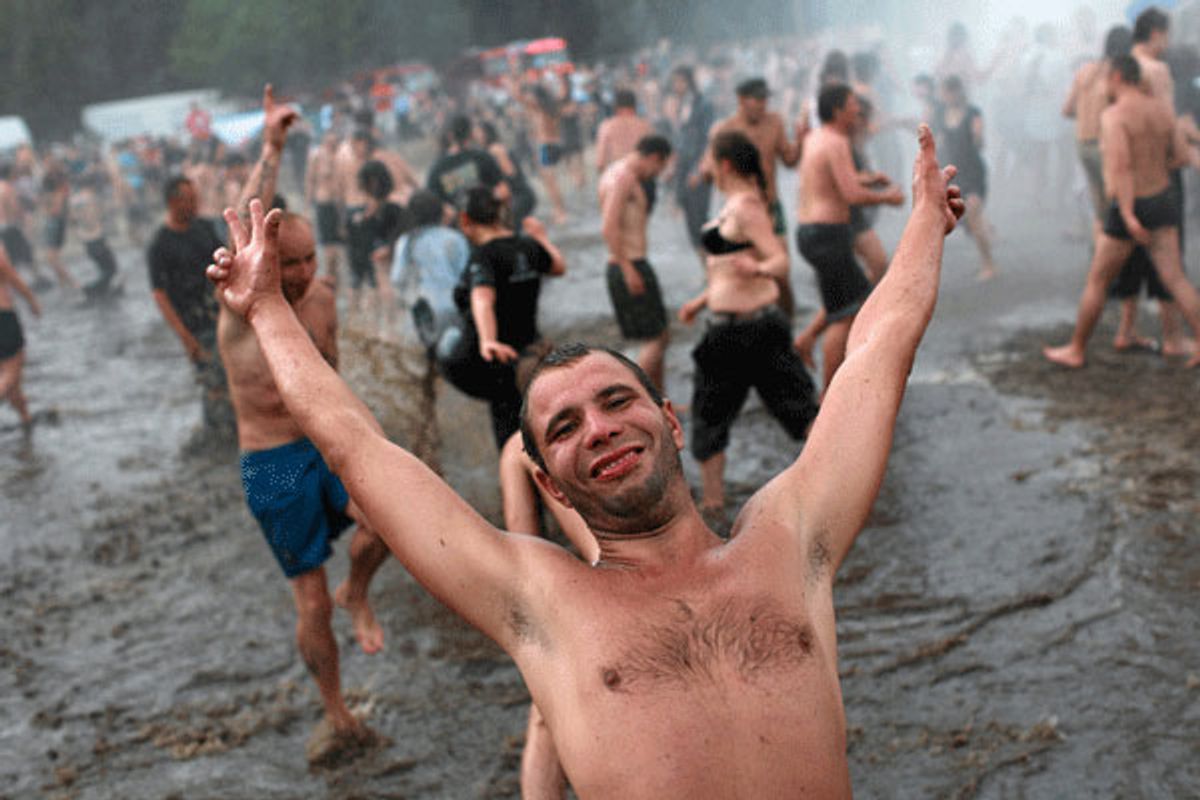 WROCLAW, Poland — From shiny trams gliding past this city’s crowded shopping streets and trendy cafés to its slick new office buildings, it’s no secret that Poland’s economy is booming.

That's something Republican presidential contender Mitt Romney is bound to highlight when he visits here on Monday.

As deepening crises in Spain, Greece and Italy threaten to break up the euro zone, Central Europe’s largest economy continues to grow, as it’s been doing since Poles joined the European Union in 2004. But with the euro crisis affecting Polish exports, that may not be the case for long.

Dubbed the “green island” among weaker states to the east and debt-ridden ones to the west, Poland’s success is visible in the small but expanding number of middle- and upper-class people on the streets of Warsaw, Krakow and Wroclaw, a city of 600,000 in the west of the country.

“When you look at GDP in Europe in 2009, all countries were in the red — that is, all but Poland,” said Marian Moszoro, who was deputy finance minister between 2005 and 2006.

EU membership helped open Poland to trade and investment from many multinational companies.

But experts attribute the country’s recent economic achievement to other factors, including a healthy banking sector, low levels of debt and cheap labor costs.

Poland’s population of 40 million also provides a large market for domestic goods that are now in demand, thanks to the success of comprehensive economic reforms in the 1990s that encouraged rapid expansion in the private sector.

Some analysts even credit a national characteristic of seeing the country’s glass only half-full. “Complaining is in our genes,” Moszoro says. “But the idea that ‘I should not be worse off than others,’ the aspiration to do more, motivates people to be more entrepreneurial and to work harder.”

Few predicted Poland’s economic success two decades ago. The country trailed behind the Czech Republic, Slovenia and other more successful neighbors after the collapse of Communism in 1990. Considered an economic basket case by economists for its rickety banking sector, ancient factories and crumbling infrastructure, Poland was slow to reform its once-centrally planned economy.

Now it is booming, perhaps nowhere more visibly than in Wroclaw, the country’s economic poster child. Buildings have been renovated, waterways cleaned and public transportation improved during the past decade. This year’s Euro 2012 soccer championship, which Poland co-hosted and showcased the country, gave added impetus. After scrambling to clean up, the city now resembles wealthier cities to the west.

But not all residents are happy about the recent developments. Many say they have watched from the sidelines as investment poured in and wonder whom it has benefitted.

Critics say the wealth generated by Poland’s economic boom hasn’t tricked down to the majority of average Poles. Despite the GDP’s growth of 4.4 percent last year, many say their wages haven’t increased enough to compensate for rising prices, let alone meet standards in Western European countries.

“Money is not really good here in Poland,” says Barbara Lubczamska, 24, a freelance photographer in Wroclaw. “Loads of my friends are working in England and Germany because it’s better there.”

Poland’s cheap labor market, one of its greatest economic strengths, is becoming one of its largest controversies at home.

Thousands of Solidarity union members marched in the capital Warsaw this month to demand an increase in the minimum wage and better labor protection under the slogan, “Your policy is our poverty.”

“Workers are the last people to benefit from the country’s growth,” said Solidarity spokesman Robert Szewczyk.

Many elderly also complain. “Perhaps it’s okay for the rich,” says Zofia, a 72-year-old retiree who declined to provide her last name. “But for pensioners who earn 200 euros a month and need to pay for everything — rent, gas, electricity — there’s no choice but to go to the church and beg.”

Others worry about the future. Although Poland has skirted the financial turmoil raging in other EU countries, economists are warning the euro crisis may finally be affecting GDP, 40 percent of which is generated by exports.

“Industry depends on exports,” said Maciej Krzak of Warsaw’s Center for Social and Economic Research. “A hiccup in the euro zone means also a hiccup here.”

GDP growth has already slowed to an estimated rate of 2.6 percent this year and industrial production expanded only 1.2 percent last month, far short of the previously predicted 4.3 percent.

Yet others worry the real danger is too much growth. “Poland is still Eastern Europe, kind of wild and unsettled,” said Piotr Nawrot. “I don’t really want it to grow so much that it has Western Europe’s problems.”