"Some Kind of Fairy Tale": The disappearing teenager

A 16-year-old girl vanishes, then turns up 20 years later, looking not much older. What happened? 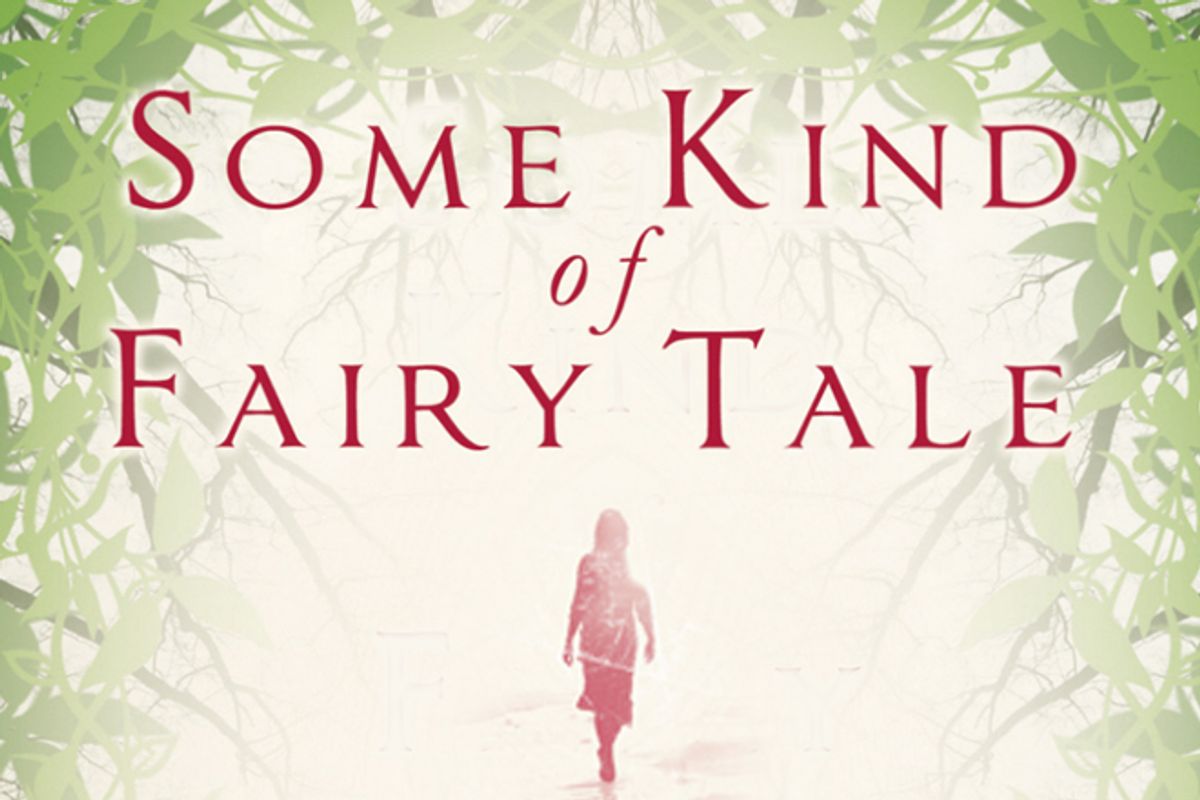 When Tara Martin went missing in the woods at the age of 16, more than one life was stalled or derailed. Her parents shut down emotionally; her boyfriend, Richie, once a promising young musician, squandered his talent on session gigs and jamming at the local bars in their small town in central England. Her big brother, Peter, eventually came to suspect that the police could be right, that Richie might be responsible for Tara's disappearance. He stopped speaking to the boy who had been his closest friend since childhood.

So when Tara shows up on her parents' doorstep 20 years later, at the beginning of Graham Joyce's new novel, "Some Kind of Fairy Tale," no one knows quite what to think. Despite looking a bit scruffy, she doesn't seem to have aged much since the day she vanished (except in a certain cast of light, when, according to Peter, she looks "cobwebby"). Most consternating of all is her account of what happened to her. She was out for a walk and met a man on a white horse. He gave her a ride, showing her the ramshackle lakeside commune where he lived. When she tried to get back, she kept losing her way. He promised to take her home, and in time he did. But as far as she's concerned, she's only been gone for six months.

Joyce's fiction is an unusual -- and unusually satisfying -- hybrid. He's interested in all the things that preoccupy literary novelists: finely drawn characters, the beauty and sadness of life's inevitable transitions, families in all their ambiguous and endlessly fascinating complexity. His prose is precise and unsentimental. Yet into the fabric of these relationships he weaves elements of folklore and myth, which he presents both as real and as manifestations of primal aspects of the human experience.

Tara's friends and relations don't believe a word of it. "The fairies took her," Peter tells his wife in disgust after Tara gives him her story. "And they don't have wings ... And you can mistake them for ordinary people. Apparently." Even Richie, who has been pining for Tara for two decades, won't swallow her nonsensical tale. But Tara sticks to it. Furthermore, she seems otherwise sane, if a bit immature for a woman in her late 30s. She even agrees to see a psychotherapist, an elderly gentleman who goes by the unlikely name of Vivian Underwood.

"Some Kind of Fairy Tale" is far from the only modern novel to riff on British folk tales about people seduced or abducted by fairies, although as Tara insists, the people she stayed with would never call themselves by that name. What's remarkable about Joyce's variation on the theme is its meticulous evocation of working-class rural life. Tara -- who doesn't especially care for life on the fairy homestead, with its poor housekeeping and extremely freewheeling sexual mores -- views her old life as by far the more precious. This isn't a dreamy or wonderstruck tale of magical happenings; instead, Joyce uses Tara's time-lapse absence to reflect on the nature of youth and change.

"He was like a beautiful animal when he was young," Tara tells Dr. Underwood of her brother, who has found an unlikely profession in farriery: shoeing horses for those wealthy enough to keep them. "He burned with a flame. Now he's just a tired dad, hamming horseshoes every day, bent over an anvil." On the other hand, she believes, "there is still a glimmer of light in Richie. He hasn't compromised." It's a peculiar perspective, since most observers would recognize Peter, with his large rambunctious family, as the happier man. But who's to say that our teenage selves, if somehow transported to the present, wouldn't judge us as harshly?

The true nature of Tara's adventure remains unresolved until the very end of the novel. Dr. Underwood -- a delightful, erudite, smoking-jacketed creation who consumes "miraculously thin" cigars and has a houseful of glass museum cases containing such items as "eastern silk shoes with curled and tasselled toes" -- offers a running, rationalist commentary on the psychological and archetypal resonance of her story. "Clearly the narrative has been constructed to make sense of some overwhelming experience," he writes in his case notes. "She has enclosed the kingdom of her 20 years in an acorn cup." All in all, his is a very credible interpretation.

But is it true? That may, perhaps, matter less than how true Tara's story feels, to her and to the people around her. "Some Kind of Fairy Tale," with its chapter epigrams taken from sources as diverse as Albert Einstein, Bruno Bettelheim and the transcript of an 1895 murder trial, lifts up the mystery of time, the ephemeral and almost unearthly magic of youth, and turns it in the light to watch the facets play. Like Tara's young/old face, it looks different every time to you see it, and it's especially uncanny when you just catch it in the corner of your eye.

Fiction Science Fiction And Fantasy What To Read