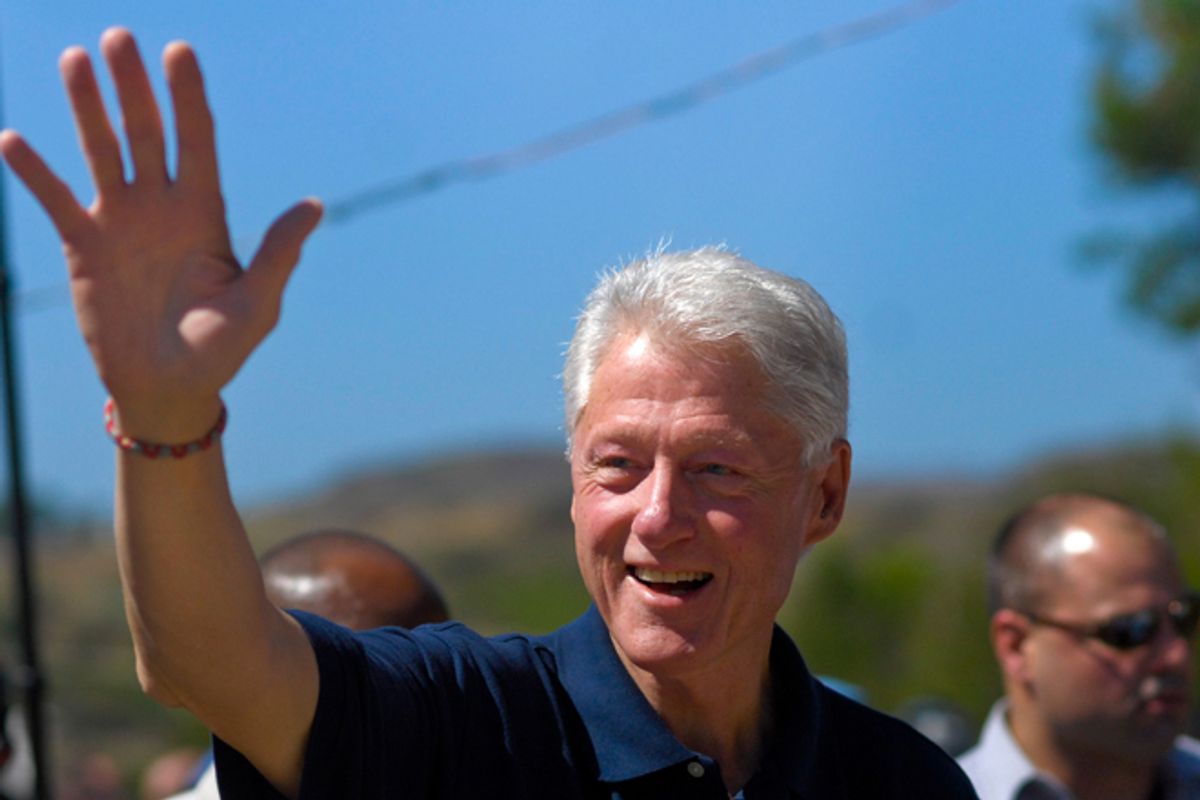 There are many good reasons for Barack Obama’s campaign to give Bill Clinton the task of delivering the nominating speech for the president at this summer’s Democratic convention. But his track record isn’t one of them.

Clinton has delivered one other convention nominating speech in his career, and he bombed so badly that there was speculation it might spoil his political future.

This was 24 years ago, back in 1988, when Clinton was an ambitious 41-year-old governor looking to make a national name. In fact, he’d nearly entered that year’s Democratic race, spying an opening for a moderate Southerner when Dale Bumpers and Sam Nunn declined to run. But he got cold feet, supposedly out of concern that his extramarital issues would derail him. (His decision not to run came a few months after front-runner Gary Hart was forced out of the Democratic race after his dalliance with Donna Rice was revealed.) When Clinton begged off, a young Tennessee senator named Al Gore jumped in instead and fared respectably enough to emerge well-positioned for a future run.

This made it all the more fortuitous for Clinton when Michael Dukakis, with whom he’d developed a solid relationship through the National Governor’s Association, asked him to place his name in nomination at the party’s Atlanta convention. The prime-time speech would be a perfect opportunity for Clinton to regain some of the ground he’d lost to Gore and to reestablish himself as the one to watch from the party’s moderate/Southern wing. Four years earlier, Mario Cuomo had turned himself into a national liberal hero with a mesmerizing convention speech; now it was Clinton’s chance.

But he blew it. The speech he delivered was long – 33 minutes, or twice the expected length – and mechanical. It only took a few minutes for convention delegates to tune him out, as the din of their conversations began drowning him out on television. Eventually, the broadcast networks began cutting away from his speech, with commentators noting the crowd’s complete lack of interest. The lowlight came when Clinton uttered the words “In closing,” prompting a spontaneous round of sarcastic cheers from the audience. His home state paper summed it up this way:

A gentler, more charitable assessment would be less than honest, considering the reaction of delegates, network commentators and the national press.

All trashed him, some unmercifully, for being boring, ponderous, long-winded, disjointed and seemingly unfazed by the convention crowd's clear desire for him to sit down.

Clinton tried to blow it off, calling the speech “a comedy of error, just one of those fluky things,” but the political world’s hostile reaction to it presented a real threat to his ambitions. Wisely, he accepted an invitation from Johnny Carson to appear on “The Tonight Show” and poke fun at himself. When Clinton sat down at the start of the segment and began speaking, Carson grabbed an hourglass and placed it on the desk. Clinton laughed along with everyone else. If nothing else, he showed he could take a joke and didn’t take himself too seriously.

Still, the consensus after the ’88 campaign was that the role of moderate Southerner would be played by Gore and not Clinton in the next open Democratic contest. And that might have been the case if it weren’t for the 1991 Gulf War, which inflated President George H.W. Bush’s approval ratings to astronomical heights and scared off every big name Democrat – Cuomo, Gore, Bill Bradley, Dick Gephardt, Jay Rockefeller, Lloyd Bentsen and so on – from the 1992 race. Only then was there a clear opening for Clinton, who survived a series of primary season scandals in part because his competition (Paul Tsongas, Jerry Brown, Bob Kerrey, Tom Harkin) was relatively weak, then capitalized on a feeble economy to unseat Bush, a victory that established Clinton’s reputation as a peerless political communicator.

Fittingly, Clinton made reference to the ’88 debacle when he accepted his party’s nomination at Madison Square Garden. “I ran for president this year for one reason and one reason only,” he said, “I wanted to come back to this convention and finish that speech I started four years ago!”

The delegates cheered loudly and non-sarcastically at that line and every other applause line in the speech. And they’ll surely do the same in Charlotte five weeks from now.