Call racism what it is 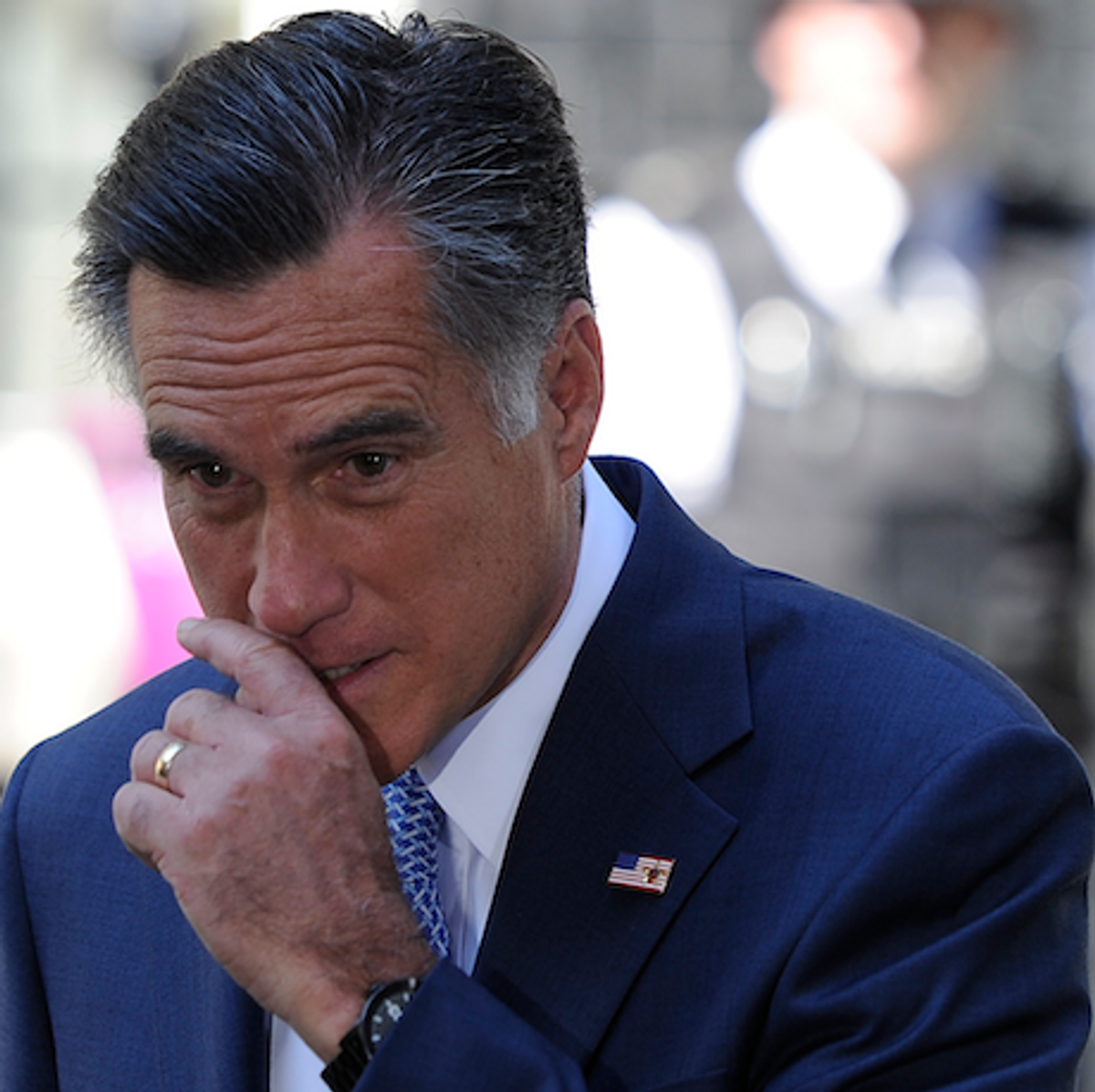 At the risk of sounding redundant, but again… enough with the race talk:

“We are part of an Anglo-Saxon heritage, and he feels that the special relationship is special,” the adviser said of Mr. Romney, adding: “The White House didn’t fully appreciate the shared history we have.”

Perhaps we can’t say it enough. I personally have made light of it, uncomfortable , sardonically swiping at the candidate and foot soldiers, noting ironically how this all boils down to resentment that there’s an African American in the White House.

But again, when thoughtless (yet tactical) racial animus comments like these are made in the presidential campaign, do we not call it what it is? To say ‘Anglo-Saxon heritage’ in this context is being esoterically cute and patently racist. It is. Don’t sugar coat it. Don’t couch it in false equivalencies. The language is racist. Coded to signal to me, American of African descent, that the identity of the Republican candidate for President is more vital than the actual policies and competency in governance for the nation.

Perhaps here for posterity’s sake, I’ll point to Nobel Laureate Toni Morrison’s definition of race talk from her 1993 Time Magazine article ‘On The Backs of Blacks’, just so we’re all clear about  what race talk is:

‘the explicit insertion into everyday life of racial signs and symbols that have no meaning other than pressing African Americans to the lowest level of the racial hierarchy.’

To say Anglo Saxon is to say white and implicate the privilege and power that had been the norm in American life and history for nearly two centuries. And it’s a brilliant strategy. An anonymous off the record comment from a campaign source. The campaign doesn’t respond to the Telegraph’s inquiries if they wish to recant the story (they don’t). The language is nebulous, conditional, unaccountable – so wonderfully part of the language of corporate culture - ‘if’, ’anyone‘, ‘weren’t reflecting the views‘. If the candidate and leadership in the Romney camp thought this language shameful and damaging to Romney, the language of rebuke would take a clearer line, with usage of a definitive pronoun like ‘we‘ in lieu of ‘anyone‘. The spin doctors were at peak work last week, taking aim at Biden, for quoting a source they never corrected.

It seems the Republican Party and its cohorts have been struggling for the past four years to find unique ways to draw lines between black and white, American and American, birth certificates and religious beliefs. We get it. There’s a black man in the White House. Yet there wasn’t a rip in the space time continuum. The Obama administration actually did some stuff (Affordable Health Care Act, Economic Recovery Act, killed Bin Laden, just to name a few).

In the context and climate of the wave of voter suppression through voter ID laws in Wisconsin and Pennsylvania, I’d caution the Republican (growingly obsolete) party to tread carefully in their continued strategy to inflame the heart of their base through racial animus. The language smells of fear that a Republican can’t fight the contest for the highest office in the land without ridiculous amounts of cash against a high voter turnout from folks vulnerable to voter ID laws.

The ‘othering’ of Obama (and me, my friends, many of mixed ancestry) is an old and weak argument, in the face of growing questions of Romney’s tenure at Bain Capital, missing records of wealth, waffling of positions in health care reform…. Most of us know this, perhaps I’m preaching to the choir. But here’s the thing: call them on their bullshit. Yes, “racist” and “racism” are loaded, emotional, dirty, angry words. But the word doesn’t negate the fact that it exists in our language and sadly, informs some action. To call the campaign on it, anonymous source or not, is something we must do. We must be vigilant in responding.

An aside: Rachel Swarns’ book, American Tapestry, released earlier this summer recounts first lady Michelle Obama’s ancestry. It’s a riveting read following post civil war Americans, emancipated slaves, northern migration, hard working Americans by circumstance and history leading us to the first African American woman as first lady. One of her ancestors is white, and linking to that fact bears a responsibility and confrontation with the mixed ancestry of many Americans. Some of our forebearers were slaves. Some of our forebearers owned slaves. Some of our forebearers mixed. If your family has lived in this country for more than 3 or 4 generations, this is probably true. Do us all a favor and own that fact of your heritage. It’s 2012. I do. My family has been here for 200 years. A branch of it is Anglo Saxon. The stakes are too high not to.