Mitt Romney thinks you're a sucker

For Romney, if you pay more taxes than you owe, you're not unlucky--you're pathetic 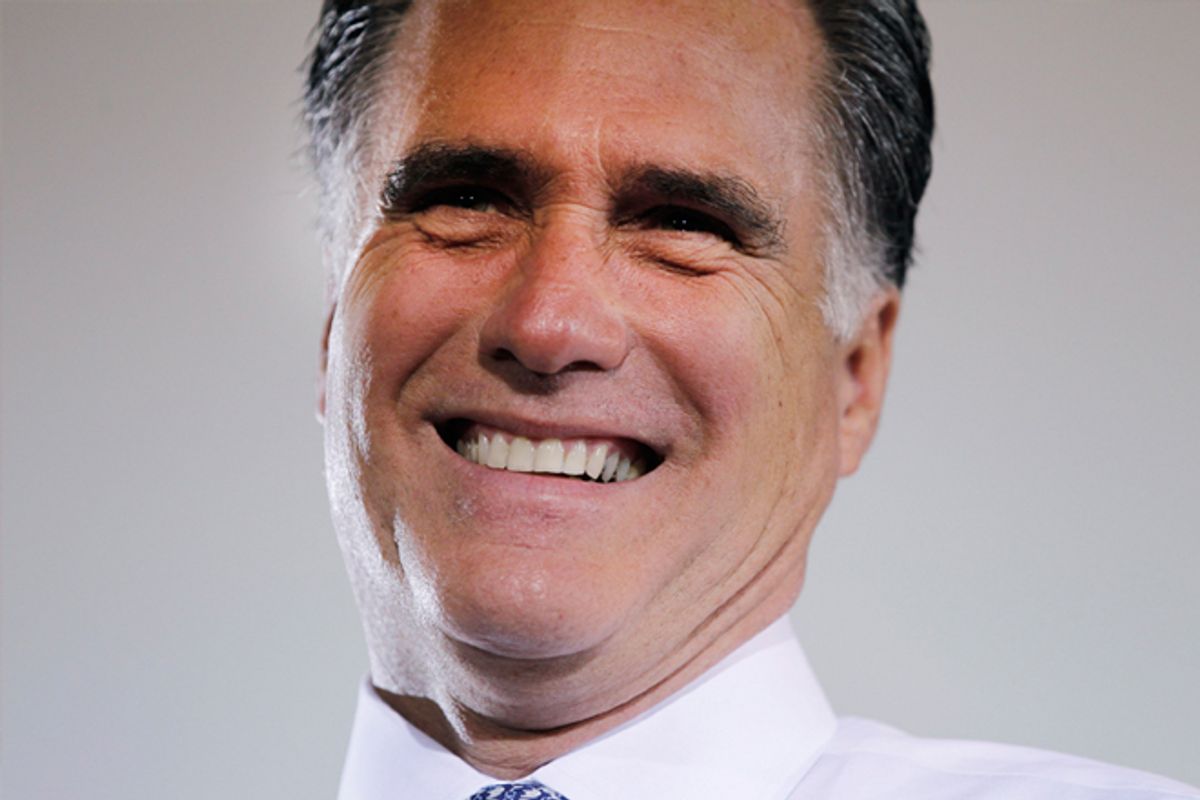 Back in January, when he was asked during a primary debate about the taxes he pays, Mitt Romney made the somewhat odd assertion that "I pay all the taxes that are legally required and not a dollar more. I don't think you want someone as the candidate for president who pays more taxes than he owes." As I've written before, this would seem to indicate that Romney believes that if you don't have a team of accountants who can ferret out every last loophole to minimize your tax bill then you're just a sucker, so pathetic that you are unworthy of occupying the highest office in the land. But maybe I was being unfair. After all, I've been critical of the campaign habit of reading too much into any particular statement a candidate makes. We all say things that upon reflection we'd like to put another way or take back completely, so maybe Romney didn't quite mean it the way it sounded.

But once you repeat a statement like that more than once, we can be pretty sure you do in fact mean it. And based on what he said in an interview yesterday with ABC News, we can be pretty sure Mitt Romney genuinely believes that if you paid an extra dollar to the federal government, then you're not just a chump, you're such a chump we wouldn't want you to be president:

From time to time I've been audited as happens I think to other citizens as well and the accounting firm which prepares my taxes has done a very thorough and complete job pay taxes as legally due. I don't pay more than are legally due and frankly if I had paid more than are legally due I don't think I'd be qualified to become president. I'd think people would want me to follow the law and pay only what the tax code requires.

Think about this for a moment. Romney thinks that paying more than you owed, or even failing to take advantage of every last loophole and tax shelter you could, is so despicable it's disqualifying, as though it were a moral transgression on par with, I don't know, stealing a car or abusing your wife or something.

Not only that, both times he has said this he projects the belief onto other people as well. "I don't think you want someone" the first time, "I'd think people would want me" this time. If I had to hazard a guess, I'd say this has its roots in Romney's time in the private equity world. If you're investing with a private equity firm, you want the leader of that firm to be smart, thorough, and ruthless. You want him to squeeze every last penny he can from every available source, and of course minimize the taxes he and you will pay. If he says, "I could have set up an elaborate network of shell companies in the Caribbean, but I decided not to," you might think he had failed you, since the only goal in the endeavor is to make as much money as possible and keep the government's hands off it.

But the presidency isn't the chairmanship of a private equity firm, and maybe, just maybe, the qualities that make one effective at the latter aren't precisely the qualities we want in the former.

Finally, I'd be remiss if I didn't note that the real issue is that we have a tax system that allows people like Mitt Romney, who takes in about $20 million a year despite the fact that he hasn't actually held a job in five years other than running for president, to pay a laughably low tax rate, while people who actually work for a living pay a far higher proportion of their income in taxes. Weirdly, Romney thinks that system is just peachy, and he would actually like to tilt it even farther in favor of the wealthy.